The film opens with a series of marching soldiers passing under a majestic sky and this theme of unobtrusively allowing events to unfold comprises much of Notturno. 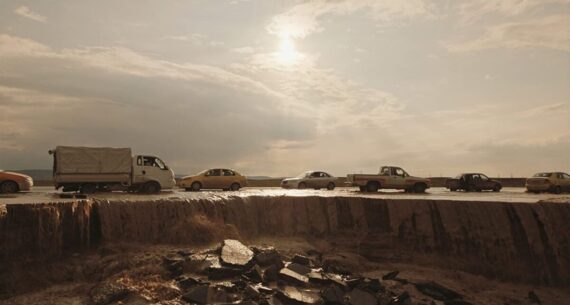 The Italian director Gianfranco Rosi’s film Notturno (2020) is a compelling meditation on life in and around the borders of Syria, Iraq, and Lebanon. The film offers a critique of foreign, colonial and extremist meddling within the region in terms of constructed borders and disaffected citizenry while presenting a visual style that consists of slow-moving landscape and a story-telling approach that leans on oblique characters that display withdrawn emotion. At times the film seems to be a deliberate anachronism to the images of conflict from the region that viewers have become accustomed to.

Notturno is an interesting work both because of its subject matter and its formal approach. It partially presents itself in the tradition of Poetic Documentaries such as G. Reggio’s Koyaanisqatsi (1982) which both translates as ‘Life out of Balance’ and evokes both the beauty and absurdity of humans and the planet.

The difference with Rosi’s film is that he introduces and follows a number of subjects or characters and touches upon harsher and even brutal elements of life in the region of Iraq and Syria while consistently maintaining a kind of distance.

Rosi spent three years living in the border areas of Iraq, Syria and Lebanon and there is an obvious ‘verite’ feeling to some of the scenes- he reportedly accumulated 90 hours of footage which both lends a veracity to the project while also making the complete edit feel too long at times and lacking a clear structure. 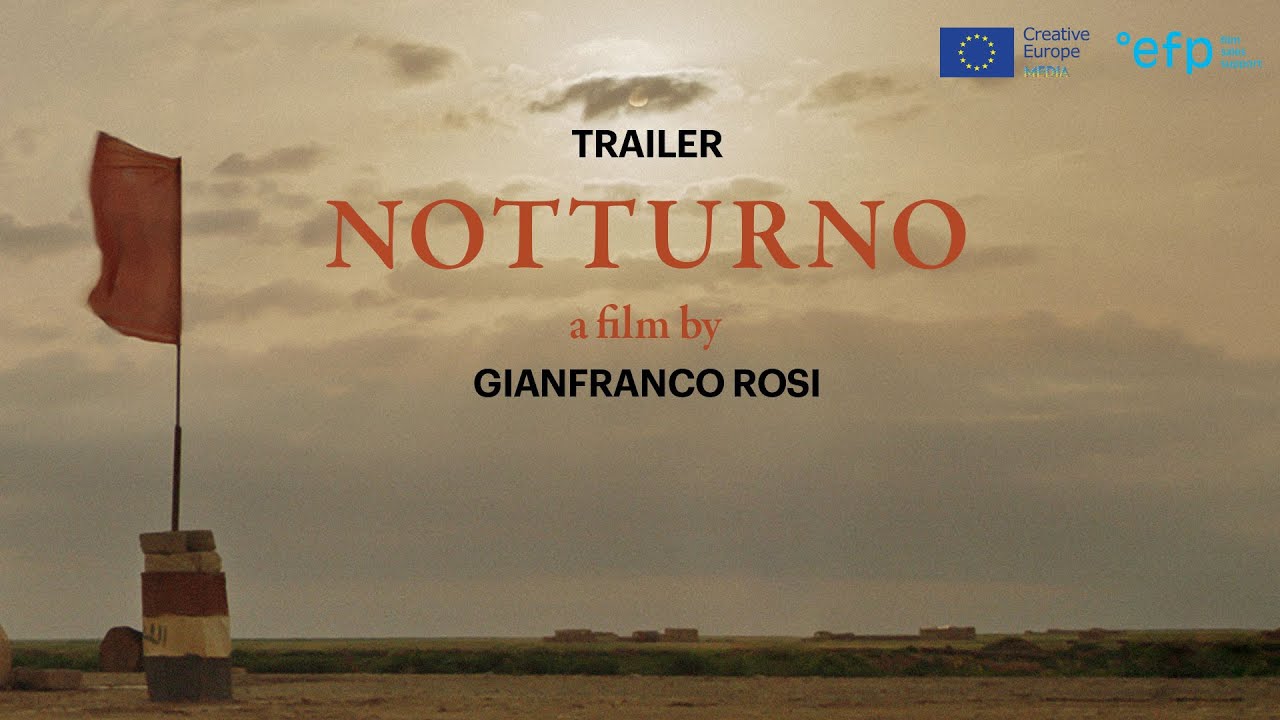 Some of the most disturbing scenes in the film are also the ones that fit the least in terms of the formal structure and tone; a series of interviews between therapists and children who recount the horrors of life in Syria or under Daesh. The children recount graphic accounts of beheadings and depict ISIS (Daesh) leader Al-Baghdadi alongside his followers in drawings with particular emphasis given to Yazidi victims.

The film opens with a series of marching soldiers passing under a majestic sky and this theme of unobtrusively allowing events to unfold comprises much of Notturno; we see everything from a drum beater of Ramadan wandering the streets to wake people from their slumber and rise for the pre-dawn meal to the sounds of gunfire to a boy cleaning his gun on guard duty to wider imagery of an American convoy of jeeps and SUV tanks and a refugee camp.

In almost all of these cases throughout the film the director gives little clue as to where this is taking place and has deliberately re-blurred borders and asked the audience to either hypothesize on location or get swept up in the idea of a conflict so complex and multi-faceted that it becomes meaningless to know where exactly on the map you are.

Oblique dramatics include a series of audio messages with a distraught mother whose daughter is being held ransom by ISIS which eventually dwindle to nothing but remembrances of the missing young woman as well as the absurd sight of a single car ferry transporting its load near a destroyed bombed-out bridge.

One sequence that does give more clues involves a group of women YPG militants holding guns and later retreating to their barracks, taking off their shoes. They cook and watch training videos on a tablet with the red, white and green flag visible on their soldiers. This and the American flag are the only ones noticeable over the course of the film.

Another episode early in the film includes a wailing mother who revisits the eerily empty prison (which is in Erbil, Iraq) where the son died- the scene proves both distant and uncomfortable to the viewer.

A later scene offers a birds-eye view of another prison yard (again the location is unclear) where orange-clad male prisoners have their limited exercise walk; little to no context is given and this scene proves disturbing because it plays out in real time and later cuts to close-up shots of them with hands cuffed behind their backs.

There is both a banality and silence to the scene as the viewer tries to reconcile media representations and earlier references in the film (ISIS/Daesh) with the state-sponsored retribution that is unfolding.

Theatre of the Absurd

This most compelling part of Notturno is the casting, direction and performance of a play on the history of Iraq called ‘Homeland’ that takes place in a psychiatric ward; the viewer is first greeted by images of wailing patients and then witness the director (a doctor) choose six patients to act in his play.

A video montage is projected in the background that provides glimpse of archival context that has been missing throughout the film- Assad, Saddam, burning oil fields, American invasion… from Monarchy to Republic to Daesh. The doctor-director gives the patient-actors scripts to memorize and the viewer witnesses both this strange approach to rehabilitation and a fiercely dedicated troupe of misfit performers express their collective outrage at the loss of their country.

One of the actors shouts ‘no to America… no to Iran’ as another video montage throws a blitz of imagery that reveals colonial roots to Iraqi civil war alongside a ‘Palestine is Lost’ mantra; Notturno seems about to end with an Arabic song of lament and the close-up of the actors but instead the film turns back to imagery of the everyday (one of the earlier characters, Ali and his silent work assisting bird hunters). 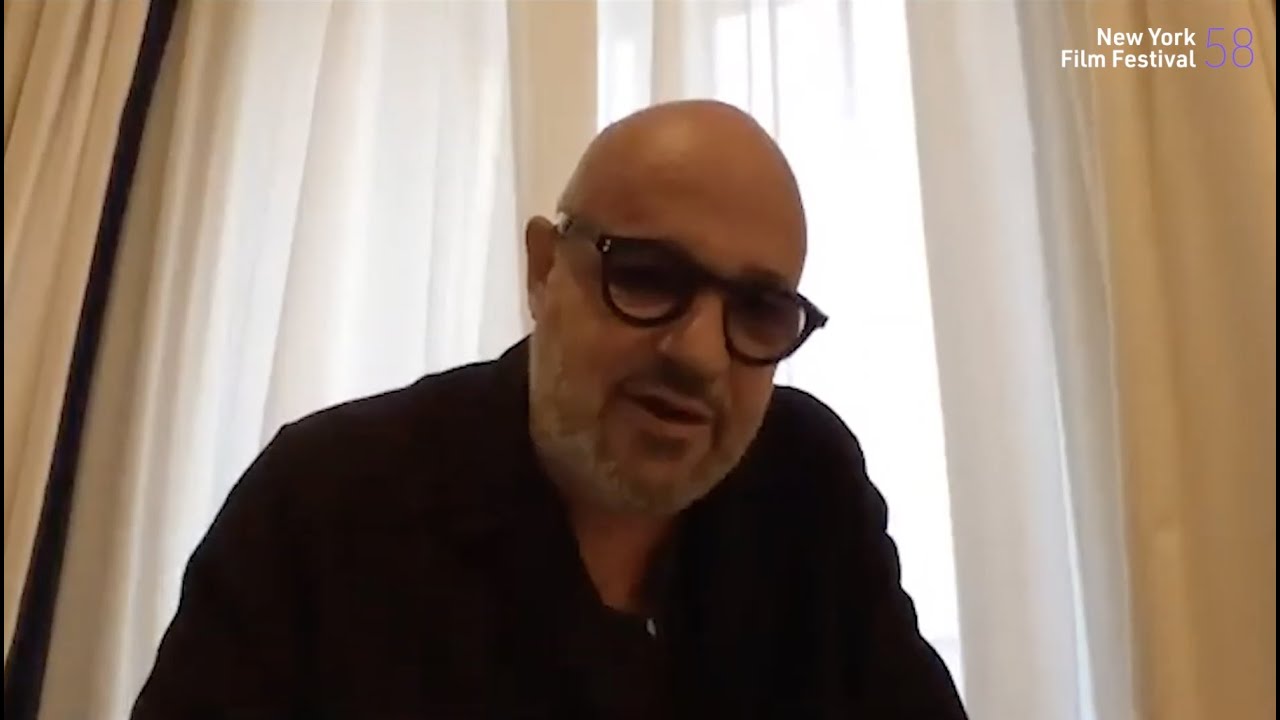 The back and forth between the poetically observational and largely silent stories of families, workers, soldiers and random people in the region and the overly political play put on by the doctor-director and patient-actors in the psychiatric ward is both highly interesting and slightly frustrating- a more coherent arrangement would have lent the overall film a stronger force.

In interviews Rosi has described the complexity of the subject matter of Notturno as ‘the stratification of history coming out through memory’ and stresses that he both wants and lets the audience ‘do homework’ in terms of the subject matter and political intricacies. He worked with line producers in Iran, Kurdish-controlled territory, Iraq, Lebanon and Syria and this film is important in offering the politically-conscious another more impressionistic view of the region and its complexities.

Rosi’s previous films have also resulted from living and embedding himself in the location and his distinct approach to mixing observational documentary is one he eludes to; ‘I hate filming… I like watching.’ Much of the film is shot at night and exudes a dark purgatorial world of characters, landscape and the weight of history- a night scene, a nocturne, Notturno.

Also Read
DAESH: Documenting a Modern Heresy, Interview with Belkıs Kılıçkaya
We use cookies to optimize your online user experience. To learn about our use of cookies and how you can manage your cookie settings, please see our Privacy Policy. By continuing to use our site you are excepting our use of cookies.Accept Cookies & CloseMore Info