Panama Shows Signals of Becoming the Next Sri Lanka

The Panamanian economy had a growth rate of 6.5 percent, but many Panamanians feel they are not participating in this growth. 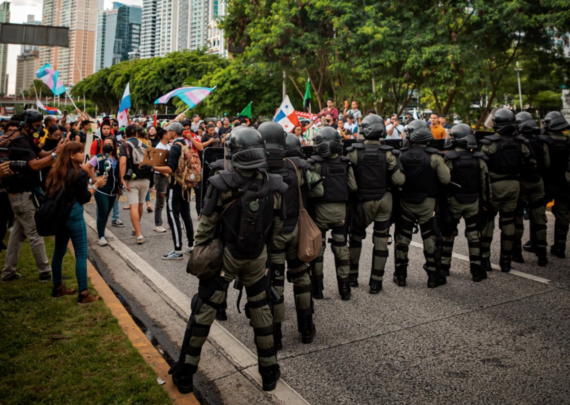 Security forces form a corridor against protesters in Panama who took to the streets to protest economic conditions. Photo by AA

Panama has been facing ongoing protests in the past few weeks. Protestors took to the streets due to the rising inflation and corruption that has led the country into a total turmoil.

While protesters set up roadblocks in Santiago de Veraguas and other cities, especially in the capital Panama, security forces intervened using tear gas and water cannons.

Recent demonstrations started on July 18 in Panama as on July 17 protest groups rejected a deal with the government to cease the protest in exchange for a reduction in fuel prices.

On July 18, President Laurentino Cortizo declared measures to decrease fuel costs and put a cap on the price of essential food items, but protesters said these were not enough.

On Monday, Luis Sanchez, a leader of the Anadepo alliance of civic groups, stated that the group decided to continue the protests after union leaders consulted grassroots supporters on the deal announced on July 17. He told TVN-2 channel, “We had warned the executive that we still have to consult the rank and file.”

He added that the “deal was signed under pressure.”

“In the meantime, there is no agreement,” added Sanchez as he ripped up a sheet of paper.

During a speech on television, Cortizo attributed the economic crisis to issues related to the outbreak of COVID19 pandemic and the Russia-Ukraine war.

His explanation was rejected by opponents, who emphasized incompetence and corruption inside the government.

“One of the problems now hitting Panamanians and the world is rising fuel prices and the consequences. For that reason, I set up talks to address high fuel costs directly impacting the cost of staple foods, with the objective of finding concrete and feasible solutions,” he said.

Negotiations on Tuesday failed to break the gridlock.

Another problem for Panamanians is the inequality created after the pandemic. The economy had a growth rate of 6.5 percent, but many Panamanians feel they are not participating in this growth.

Guillermo Ruiz, a political analyst, told Al Jazeera that the growth is seen only in a few sectors such as logistics, the national airline, mining, and the Panama Canal. He added that working-class Panamanians are wondering why they are unable to pay for gasoline if the country’s economy is growing.

Government officials and some protest leaders announced a deal to end more than two weeks of protests over high fuel prices and increasing living costs on July 17.

The protests have damaged Panama’s economy seriously as protestors blocked many critical highways. There were also goods blockades, including the Pan-American Highway that connects Panama with the rest of Central America and is the main transport route for goods.

Angelica Ruiz, a resident of Pacora, east of Panama City, said, “We are in a bad situation; no food, no buses. I wanted to buy rice and … what little can be found is very expensive. The vegetables are damaged.”

The measures are not enough

The government decided on July 17 to cut the price of petrol to $3.25 per gallon and pursue talks on lowering food and medicine prices, which were vital concerns for the demonstrators.

Last week, the government had already lowered the petrol from $5.20 per gallon in June to $3.95, but this was not enough to calm the demonstrators.

After the July 17’s statement by the Panama government, several unions said the so-called deal was ineffective and had left out many classes.

Protester Juan Morales, a farmer from Capira, west of Panama City, told the AFP that the protests will not be weaken and that protestors need solid answers from the government.

Bitter recipe for the economic situation

The country of 4.4 million is going through rough economic conditions. An inflation rate of 4.2 percent was recorded in May, with an unemployment rate of about 10 percent and a fuel price boost of nearly 50 percent since January.

Inflation has become a significant problem for almost all countries. Especially in Sri Lanka, Ghana, Ethiopia, Kenya, Nigeria, and Pakistan, there is civil unrest resulting from the economic hardship.

The first apparent example was Sri Lanka. In April, major protests started in the country and spread soon thereafter. Inflation in the country quintupled, making it the highest since the country’s independence in 1948. As the country is struggling to find a solution for the high inflation, protestors seized the Presidential Palace on July 10. Sri Lankan President Mahinda Rajapaksa resigned after fleeing to Singapore.

Will Panama face a similar destiny to Sri Lanka? Only time can tell. 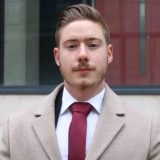