Emerging Markets are facing rapid increases in inflation after the COVID19-driven disinflationary shock in 2020. 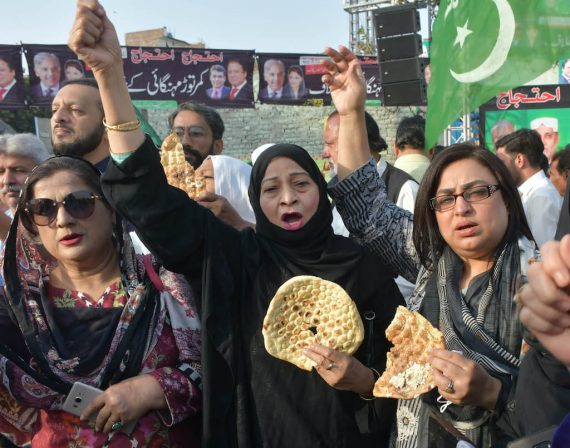 An “emerging market (EM) economy” is the economy of a developing country that is becoming more engaged with global markets as it grows. Countries named as EM economies are those with some of the characteristics of a developed market. EMs have the features of increased liquidity in equity markets, increased trade and foreign direct investment, and modern financial institutions. About 20 countries are classified as emerging economies although there are differences among them.

Inflation is the rate at which the general level of prices for goods and services is rising. The Keynesian school believes that inflation results from economic pressures such as rising costs of production or increases in aggregate demand. In cost-push inflation, production costs rise on an economy-wide level because of mainly increases in input prices, and this can lead to increased consumer prices throughout the whole economy, as producers pass on their increased costs to consumers.

Demand-pull inflation occurs when aggregate demand exceeds aggregate supply, and thus prices increase economy-wide. Built-in inflation is a type of inflation that results from past events and persists at the present. It then becomes a normal aspect of the economy, via inflationary expectations and the price/wage spiral. According to the monetarist view, the expansion of the money supply is the principal cause of inflation. Economists from these schools disagree on the root causes of inflation, although they underscore the fact that inflation is a far more complex phenomenon.

The ratio of food expenditure in all consumer spending is higher in EMs compared to developed economies. This ratio, for example, is about 26% in Turkey and 13% in the U.S., which are EM and developed economies respectively. Food inflation occurs when the food consumer price index (CPI) exceeds headline CPI. For example, in September 2021, the yearly increase in Turkey’s food CPI was 28.8% while the increase in headline CPI was 19.6%. Food inflation exists in almost all EMs, and thus increases headline inflation.

Consumer prices are increasing in both developed and EM economies. The International Monetary Fund (IMF) expects inflation will accelerate to 2.4% in 2021 from 0.7% in 2020 in developed countries and to 5.4% from 5.1% in EMs. Rising food and energy prices, pandemic-related supply chain disruptions, and surging shipping costs are among the determinants. In recent years, inflation has been very low in rich countries while it has been high in poorer countries. Basic necessities such as food and energy typically account for a bigger part of household spending, so current developments can lead to hardships for people.

Rising energy and commodity prices will benefit EM economies that export such resources and support their currencies. It is also true that a weaker currency can give a country’s exporters a competitive edge. However, a depreciating exchange rate also makes imports more expensive and lead consumer prices to rise even faster. In addition, central banks in EMs are not well established, strong, and proactive to operate monetary policy successfully.

Why is inflation occurring in EMs?

One reason why inflation in EM countries tends to be higher is that many of these countries are experiencing rapid economic growth compared to advanced economies. Fast growth can lead to excess demand and a positive output gap, thereby causing demand-pull inflation. It also brings about cost-push inflation because of the rising global demand for raw materials.

A second reason is that many of these countries have volatile exchange rates and do not have well-established central banks to operate a monetary policy. Therefore, if a fast-growing country has a large current account deficit, this can lead to a large depreciation in its exchange rate that causes a big jump in the prices of essential imports.

EM countries are facing rapid increases in inflation after the COVID19-driven disinflationary shock in 2020. Inflation rates in Russia, Brazil, Poland, and India are well above central bank targets and growth has recovered despite the obstacles posed by the pandemic. Domestic demand has retraced most pandemic-related losses in some EM countries and in the case of Turkey, even exceeded them.

In other EMs, the recovery has been uneven, causing governments to extend or increase spending on relief programs. Greater spending combined with disrupted supply has helped to push up inflation in many EM countries. For most EMs, a combination of the jump in commodity prices, a rebound in domestic demand as economies reopen, supply bottlenecks, and logistical issues have triggered inflation.

Central banks in developed countries are in favor of tightening monetary policy sooner rather than later because waiting too long could cause inflation to get out of hand. For EMs, on the other hand, the arguments seem to be slanted to one side. That is why the Central Bank of Poland was the latest to join a club of middle-income countries, alongside Hungary, Russia, Mexico, Colombia, and Brazil that have already started to raise rates.

The increase was modest and prudent, raising rates from 0.1% to 0.5%. Central banks have less breathing room to wait and see whether price rises and supply bottlenecks are temporary. The Polish rate was 5.8% in September 2021 which is the highest in 20 years. It is closer to double figures in Brazil and Mexico, where in September the core inflation rate accelerated to the fastest rate since 2017. These higher rates of inflation are partly because food accounts for a larger proportion of consumption.

Several local factors affect food inflation, and the causes of higher prices have not been homogenous across EM economies. Inflation in items like fruit and vegetables in particular seems to vary across markets, due to local factors and the climatic conditions for such products. In its April 2021 report, the IMF estimated that the annual pass-through from international food prices to the domestic food CPI was much higher for middle- and low-income countries than for high-income countries.

This means that the impact on headline inflation is higher in EMs since food has a larger share in CPI baskets. Food items in the U.S., the Euro zone, and Turkey are about 13%, 17%, and 26% of CPI baskets respectively. This is particularly true for countries such as Turkey, Brazil, Russia, and countries in Central and Eastern Europe, the Middle East, and Africa where food inflation remains significantly above headline inflation.

Economic and political impact of inflation in EMs

Inflation is a kind of tax on the poor. This is possibly why central banks in EMs are acting against the price pressures caused by the rising costs of oil, food, and other goods and services. EM central banks do not have the luxury of waiting. Many EMs have kicked off interest rate cycles even before their economies recover from the pandemic.

According to the UN’s Food and Agriculture Organization, food prices increased 40% over the previous 15 months, the biggest increase since 2011. The IMF forecasts inflation rates to peak at 6.8% in EM economies before falling to about 4% next year. In contrast, advanced economies are likely to experience inflation that is more modest: peaking at 3.6% in autumn 2021, before falling to 2%.

VIDEO: How inflation works and why invest in emerging markets?

While higher interest rates can do little to stop food from getting more expensive, central banks in EMs have to work harder to keep expectations of price rises under control. Periods of high inflation are not cautionary tales but fresh memories, especially in Latin America and even in Turkey in the 1980s and ’90s.

How can EMs respond to inflation?

There are certain well-known ways to fight inflation according to macroeconomic theory. For example, higher interest rates reduce demand in the economy, leading to lower economic growth and lower inflation. Reducing budget deficit and the control of money being created by the government are other options. Promoting macroeconomic stability has also worked in a number of EM countries. Taking into consideration recent issues regarding inflation in EM economies that are being elaborated here, it could be concluded that the following steps are crucial for controlling and lowering inflation rates in EM economies.