International actors establish military bases in the Gulf of Aden for two reasons: first, the presence of oil and region's geopolitical significance, and second, the Western perception of the continental powers’ innate inferiority. 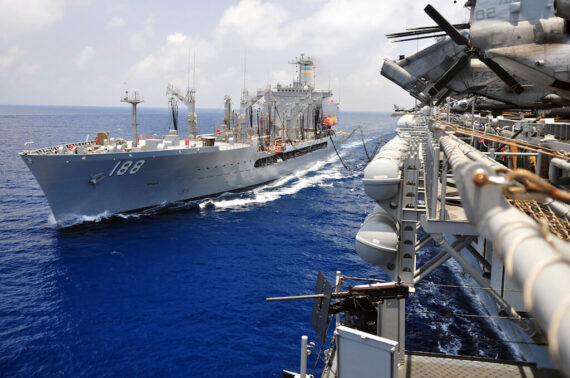 As long as the perception of extra-regional and extra-continental solutions are given priority, the fight against piracy in the Gulf of Aden and the western coast of the Indian Ocean will remain on paper.

International actors that lead the maritime security operations in the Gulf of Aden and the western coast of the Indian Ocean have often used the issue of piracy as a security pretext to realize their hidden interests of maintaining hegemonic power.

Overall, on different occasions, their involvement in the counter-piracy operations on the Somalia coast has been portrayed as a morally justified act to maintain law and order in the strategically important waterway through which more than 33,000 ships navigate annually.

Maritime piracy has existed since ships first went out to sea. However, the issue has been making headlines since the late 1990s, reaching a peak between 2005 and 2008.

The dramatic escalation of maritime piracy along the coasts of Somalia in the 2000s posed a great challenge to the international community which passively stood by and watched.

Piracy in the Gulf of Aden and the Western Indian Ocean has certain distinguishing characteristics. The first and foremost difference is that unlike pirate attacks in other parts of the world, such as the Straits of Malacca (located between Malaysia and Indonesia), pirate assaults in the Horn of Africa mostly target large vessels and bulk carriers that often transport coal and iron ore, and tanker ships that transport petroleum, chemicals, and crude oil.

In other words, in the Horn of Africa, larger and strategically important ships on international waters are targeted more frequently than smaller vessels.

Subsequently, the great powers assumed a position of leadership in international politics and sent their military hardware to the coasts of the Gulf of Aden and the Western Indian Ocean under the slogan of fighting piracy and ensuring maritime security.

During the 2000s, regional powers were systematically delegitimized through propaganda that claimed that their organizational and military capacity to fight piracy wasn’t enough.

Somalian fishermen, who sailing into the ocean at night, carry their fishes by their boats at Lido beach at Hamar Weyne district of Mogadishu, Somalia on August 05, 2020. Photo by Lokman Ilhan, Anadolu Images

Certain news outlets associated the acts of piracy in the Gulf of Aden with local governments. Undermining the capacity of regional actors in the fight against piracy serves ulterior motives.

Additionally, the Horn of Africa region was depicted as a lawless region and the regional powers’ commitment to maritime law enforcement was questioned. Certain news outlets associated the acts of piracy in the Gulf of Aden with local governments. Undermining the capacity of regional actors in the fight against piracy serves ulterior motives.

As efforts to develop regional and continental plans to ensure the Gulf of Aden’s maritime security faded away and some earlier initiatives failed, the military presence of international actors was strengthened.

There are two reasons behind the intentions of international actors to establish military bases in the Gulf of Aden. The first motivation is the presence of oil and the Gulf of Aden’s geopolitical significance.

The second is the Western perception of the continental powers’ innate inferiority. Western powers perceive themselves as superior, as redeemers, and as the guarantors of maritime security in the Gulf of Aden and the western coast of Indian Ocean. This, in turn, further legitimatizes their guardianship of the Horn of Africa’s regional actors.

While regional attempts to solve the piracy problem in the Gulf of Aden proved unsuccessful due to legal and political complications, the Western media outlets, political elites, and academics magnified the weak law enforcement, economic desperation, and the absence of a workable legal system in the region, creating the image of an environment in which international actors could and should intervene.

They ignored the capacity of regional powers such as, among others, Ethiopia, Kenya, Eritrea, and Sudan, in the fight against piracy.

In addition, the international actors’ active maritime law enforcement activities in the coast of Somalia have not been sufficiently observed. Political administrators in Mogadishu, for example, were not empowered by global powers so as to be able to strengthen their country’s internal stability.

So far, the political havoc in Somalia is used as a leverage to justify non-regional global actors’ presence in the western coast of Indian Ocean and the Gulf of Aden.

The piracy in this region is still a challenge for maritime security and regional and global stability. If not halted, it is likely that piracy in the region will sponsor terrorism.  However, the appropriate solution to overcome the maritime security problems in the Gulf of Aden and the western coast of the Indian Ocean is not the military deployment of global powers.

Rather, a final solution to the long-standing maritime security problem of the region could be achieved through the empowerment of the regional authorities. Meanwhile if the binaries of superior/subordinate and weak/strong are not left behind, politics will continue to generate self-created differences that will not solve the maritime security issue of the Gulf of Aden and the Western Indian Ocean  or any other issue for that matter.

VIDEO: Somali Piracy and Terrorism in the Horn of Africa