What is most worrisome about political assassinations today is that just like the assassination of Ferdinand in 1914 was the spark that ignited World War I, assassinations could lead to further conflicts and confrontations, that might, in turn, lead to an all-out war. 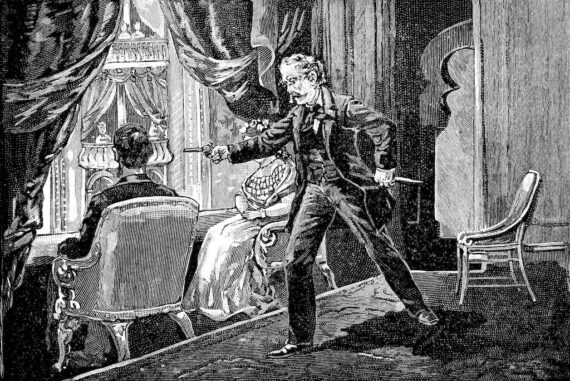 “To assassinate” originated from a group known as Hashashiyyin, or assassins, in the Muslim world, in modern-day Iran. Founded by Hassan-i Sabbah, the group was known for carrying out political assassinations from the eight to the fourteenth centuries, targeting religious and political figures, including the Abbasid, Fatimid, Seljuk, and Christian Crusaders.

The claims that Hashashiyyin derived their name from hashish as they were under the influence of hashish when carrying out their assassinations or while being indoctrinated into the group, is still a matter of debate.

Today, most political assassinations have taken place in countries such as Afghanistan, Iraq, Iran, Albania, and Brazil, with Afghanistan and Iraq topping the list. This comes as no surprise given the lack of security in both countries following the U.S. invasions, which brought with them renewed fighting between different militant groups.

Afghanistan and Iraq still witness political assassinations, and especially Iraq, where the phenomenon has returned to the streets following the protests that broke out in October 2019 calling for political, social, and economic reforms.

Read: Regional Vulnerabilities Sharpen in the Aftermath of the US-Iran Escalation

Palestinian children light candles in front of the grave of late President Yasser Arafat for a ceremony marking the 16th anniversary of his death, in the West Bank city of Ramallah on November 11, 2020. Photo by Issam Rimawi, Anadolu Images

Over the last century, political assassinations have significantly shaped the course of international politics and international relations. The assassination of Archduke Franz Ferdinand, the heir of the throne of Austria-Hungary, at the hand of a Serbian activist in Sarajevo was the spark that caused the outbreak of World War I, which eventually claimed the lives of 20 million people.

What made the assassination of Ferdinand exceptional was the spillover affect it created, extending beyond the boundaries of the Balkans and impacting all of Europe. It was not merely the assassination of one person, be it the heir of the throne of Austria-Hungary, but triggered a domino effect across a large part of the world.

The legacy of Gandhi has lived on after his assassination, and he has become a model and leading example for many struggles across the world by his non-violent approach to ending colonialism.

Following a long non-violent struggle against the British colonial authorities in India, and a year after India won its independence from Britain (1947), Mahatma Gandhi was assassinated by a Hindu extremist named Nathuram Godse. Godse objected to Gandhi’s calls for religious and racial tolerance, and to his approach of including India’s Muslim minority in the state-building process.

The legacy of Gandhi has lived on after his assassination, and he has become a model and leading example for many struggles across the world by his non-violent approach to ending colonialism. The peak of his approach was staging the Salt March in 1930 to protest the British control of the salt industry and its imposition of taxes under the caste system, which classified people into different social classes. As Gandhi arrived at the Arabian Sea on April 24, 1931, he picked up some salt and declared, “With this, I am shaking the foundations of the British Empire.”

People attend a commemoration ceremony held within the first anniversary of the killing of Qasem Soleimani and Abu Mahdi al-Muhandis, near Baghdad's International Airport where the attack took place, on January 03, 2021 in Baghdad, Iraq. Photo by Murtadha Al-Sudani, Anadolu Images

In 1948, the Lehi gang assassinated Swedish diplomat and UN Peace Mediator Folke Bernadotte in Jerusalem to protest his efforts to modify the UN Partition Plan of 1947 in favor of the Palestinians.

Palestinian factions, too, have carried out political assassinations against Israelis, although at a much lower scale. The most prominent was the assassination of Rehavam Ze’evi, Israel’s tourism minister, by the Popular Front for the Liberation of Palestine (PFLP), in retaliation for Israel’s assassination of Abu Ali Mustapha, the secretary general of the PFLP.

Following its establishment, Israel has assassinated key Palestinian political leaders, by planting bombs in their cars (writer Ghassan Kanafani); by poisoning them (Wadi Haddad, who is believed to have been assassinated by Israel by a poisoned chocolate bar); by direct shooting (fatal shooting of Islamic Jihad leader, Fathi Shaghaghi, who was gunned down in Cyprus, and Ahmed Yassin, Hamas’s supreme leader, who was killed by a missile fired by an Israeli helicopter as he left a mosque on a wheelchair in 2004).

In the same year, Yasser Arafat, the head of the PLO was rushed to a hospital in Paris where he passed away after falling sick. The common knowledge among Palestinians today is that Arafat may also have been assassinated by Israel using poison.

Palestinian factions, too, have carried out political assassinations against Israelis, although at a much lower scale. The most prominent was the assassination of Rehavam Ze’evi, Israel’s tourism minister, by the Popular Front for the Liberation of Palestine (PFLP), in retaliation for Israel’s assassination of Abu Ali Mustapha, the secretary general of the PFLP.

The U.S. assassinations of Osama bin Laden, al-Qaeda leader, and Qasem Soleimani, the head of Iran’s Al-Quds Force, provide a clearer understanding of how states perceive threats now on the international stage.

The assassination of Mohsen Fakhrizadeh, Iran’s top nuclear scientist in late November 2020 near Tehran, and the way he was assassinated by placing a remote-controlled gun on a truck is telling of how assassinations in the future might look like.

Since 2010, four more Iranian nuclear scientists have been assassinated on Iranian soil, with Iran accusing Israel of standing behind the assassinations.

Political assassinations have always been part of global politics and they will continue to be used as an effective tool to protect national interests of state and non-state actors alike.

But what is most worrisome about political assassinations today is that just like the assassination of Ferdinand in 1914 was the spark that ignited World War I, assassinations could lead to further conflicts and confrontations, that might, in turn, lead to an all-out war.

At the time, no one anticipated that the assassination of Ferdinand could lead to a world war. Could political assassinations today be the trigger for an all-out war, especially as today’s politics are becoming ever more intense?

Just like the term Hashashiyyin originated in Iran in the eighth century, another assassination in Iran could cause a full-blown war, the implications of which are yet to be known. The cost of such a conflict might exceed those of World War I and II.

VIDEO: World leaders who were assassinated