The Turkish model, offered by the Justice and Development Party (AK Party) after 2002, presents a political community of Muslims and non-Muslim peoples in a post-nation-state framework. 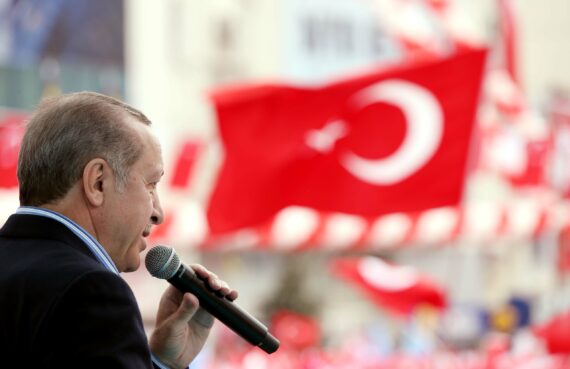 These varieties of legitimacy base embody divergent political realities with national, regional and international dimensions. Iran, for instance, assumes a political community of the Shiites within its national boundaries, while it strives to structure its region on the basis of polarization between the Shiites and the rest and an international order which is grounded on the antagonism between the Islamic world led by the Shiites and the imperial West.

The Saudi case, on the other hand, embraces a political community of the Sunnis within its national borders whereas it seeks a regional order shaped around the polarity of the Sunnis and the Shiites or traditional monarchical forces and the reformists and an international order that underlines the hegemony of the West.

The Egyptian model puts forwards a political community of secular-nationalism within its national sphere especially after the coup in July 2013. This is accompanied by a regional order that rests on the polarity of traditional authoritarian political forces and their democratic enemies. Like the Saudis, this leads Egypt to team up with Israel and the Emirates and gives an unconditional backing to Western hegemony in international politics.

The Turkish model, offered by the Justice and Development Party (AK Party) after 2002, presents a political community of Muslims and non-Muslim peoples in a post-nation-state framework, which is in a way reminiscent of the Ottoman “millet” system. This post-nationalist politics, therefore, puts an enormous pressure on both the Turkish nation-state and the Westphalian order in the Middle East and challenges sectarian frameworks as well. This reformist ethos also echoes on the international level by suggesting an idea of a equal and multi-civilizational world order.

Indeed, the Turkish model trumps the other models not only with its inclusiveness but also its conformity with democratic politics. Despite their vast ideological differences and a high degree of animosity towards each other, the other models share a common ground in their denial of democratic politics. These authoritarian models equate or rather reduce politics to the state and the state is identified with a particular group or political force: The Mullahs in Iran, the royal family in Saudi Arabia and the military in Egypt. Hence, there does not exist an independent sphere of politics where the plurality of political groups and societal forces encounter each other.

The Turkish model posits a democratic option. Turkey’s transition from authoritarianism to democracy has taken place in three steps. First of all, in 1950 with the introduction of multi-party politics, the state lost its monopoly over politics. Politics finally gained its independence to an extent. Power began to be shared by the bureaucrats and the representatives of the people, that is the politicians.

The second step in democratization was the enlargement of the sphere of politics at the expense of state bureaucracy. The AK Party’s first period of rule, encompassing the years from 2002 to 2010, testified the roll back of the bureaucratic tutelage after the EU reforms and constitutional referendums of 2007 and 2010. After all, the relative share of politics in power has increased dramatically.

The third step in democratization involves constructing a new institutional framework that puts the nation’s will at the center of politics and guarantees the supremacy of politics over other sectors or power centers. Turkey’s gradual switch to a presidential system started with the 2007 referendum, reached a level of maturity with the election of Erdogan to the presidential post in 2014, became the institutional structure of the country on the paper after the April 16 referendum (2017), and is now waiting to be the institutional framework in practice after the June 24 elections. The June 24 elections, therefore, is important with regards to the fact that it will complete this final round of democratization in Turkey.