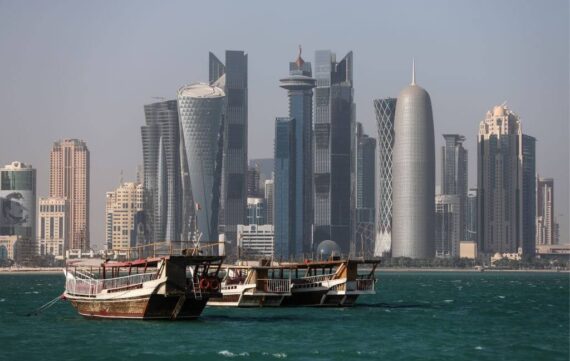 Qatar, a natural gas-rich country in the Gulf, makes significant investments abroad thanks to its financial power. Although Qatar is a small country geographically, it has a large sovereign wealth fund that has a substantial influence on global markets. Today, Qatar holds shares in the world’s most important stock markets, largest automotive companies, and most prominent financial institutions.

Qatar is one of the leading countries in exporting liquefied natural gas (LNG). As the largest LNG supplier to Europe, the country has a significant share (between 45% and 67%) in the LNG imports of Poland, Belgium, Italy, and England. After Qatar, the U.S. comes second and Russia third in LNG exports to Europe.

Qatar manages capital accumulation through the Sovereign Wealth Fund (Qatar Investment Authority, QIA). While Qatar’s investments generally exhibit a more long-term trend, in certain investments gaining prestige comes into prominence as a primary motivation since the latter is an important source of political legitimacy and credibility in the international system.

VIDEO: What does Qatar own around the world?

In addition to its investments in popular sports clubs around the world, it is particularly noteworthy that Qatar will host the 2022 FIFA World Cup and it has already spent more than $200 billion for this purpose.

According to 2019 data, Qatar made foreign direct investments worth $44.78 billion.

Qatar has achieved a significant growth in global investments in recent years and has considerably increased its foreign stock investment. According to 2019 data, Qatar made foreign direct investments worth $44.78 billion. Out of more than 80 countries in which Qatar has invested, the share of the EU is 34% whereas the rest of the Gulf countries (GCC) make up 24% of the investments.

The Increasing Share of Qatari Investments in Western Countries

For example, it is reported that a number of European countries such as the U.K., France, Italy, Greece, and Germany are competing to attract Qatari capital and are trying to establish close ties with Qatar in the field of energy. At the EU level, cooperation with Qatar is perceived as a strategic partnership.

Read: Will Oman Be Ready for a Post-Oil Future?

The QIA has substantial investments in different sectors around the world. The fund has an investment of over $400 billion in more than 40 countries; $30 billion is invested in the U.S., $40 billion in the UK, €25 billion in Germany, and €30 billion in France. The QIA has become the largest shareholder of the London Stock Exchange with a 10.3% share.

The QIA also has considerable real estate investments in strategically important Western cities such as London, Paris, and Washington D.C.

During the 2008 global financial crisis, the QIA purchased shares in Barclays, Credit Suisse, Porsche, and Volkswagen, which are among Europe’s most important companies. Then, it invested in Deutsche Bank, which could not overcome financial difficulties after the global crisis.

A few years ago, Qatar signed a strategic dialogue agreement with France in the field of security, energy, and economic cooperation. In 2008, then President Nicolas Sarkozy introduced tax exemptions on earnings for properties purchased by Qatar in order to attract Qatari capital to the country. Following this, a lot of real estate in Paris, including luxury hotels and prominent historical structures, were purchased by Qatar.

The QIA’s overseas investments have been accelerating in recent years. Even during the Brexit process, where uncertainty lasted for more than three years, the QIA invested more than £5 billion in the U.K. While Qatar is fulfilling the U.K.’s LNG needs to a large extent, it also holds a 67.5% share in the South Hook LNG Terminal in Milton Haven, England where LNG is discharged.

It is worth mentioning that apart from Qatar, investments from Middle Eastern and Asian countries in the U.K. are crucial. For example, over a third of the teams in the English Premier League have been bought by foreign investors, mostly from Asia and the Middle East. The U.K.’s potential to attract huge global investments in various sectors, rather than being criticized, is shown as an example to the whole world.

More recently, while countries are struggling in their vaccination programs against the COVID19 pandemic, the QIA has invested $126 million in the German biotechnology company and vaccine manufacturer CureVac. In addition, the QIA announced that it is ready to invest in sectors such as health and technology during the coronavirus pandemic.

States are in a severe competition to attract foreign investment in a globalized environment. Qatar is part of this competition in the sense that Western countries aim to deepen their relations through strategic cooperation to attract capital and investments from Qatar. Meanwhile, Qatar has been purchasing or investing in the form of shares in companies that can be defined as European national brands.

From the European perspective, improving economic relations with Qatar is a strategic priority as it provides energy supply and security to Europe. The recent case of COVID-19 and its deteriorating impact on the markets has once again proven to Europe the significance for its economic vitality of capital flow and direct investments from Qatar.

Also Read
How do Russia, Qatar and the United States Use Energy as a Foreign Policy Tool?