Raising the Minimum Wage Is a Slippery Slope

Taming inflation by attacking its fundamental causes could help the masses much more than increasing wages every few months. 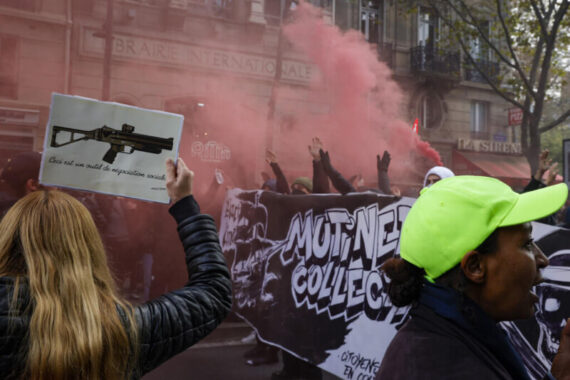 o doubt, raising the minimum wage may provide relief to people in the short run. However, when they go shopping the next day, they may find out that everything has become pricier.

Most economists believe that there is at least some effect of increased wages on inflation, sometimes called wage-push inflation. This effect is more pronounced in a high inflation environment.

While the whole economy suffers from the unintended consequences of higher minimum wages, the more labor-intensive businesses like restaurants are more directly affected. These businesses are more reliant on human labor rather than machines. Higher wages mean higher costs of production, which translate into higher prices for ordinary customers.

Take Argentina, for example, where workers took out a mock funeral of minimum wages last month. The country’s average minimum wage is about $487, less than half the cost of basic groceries for a family of four, which is about $1,193. In other words, the minimum wage earner cannot support their family even for a month.

But with inflation for the current year in Argentina expected to reach about 95%, raising the minimum wage would perhaps just add more fuel to the fire. In fact, the prevailing inflation is at least partly a consequence of continuous upward revisions in minimum wage rates.

However, raising the minimum wage does not always directly result in higher prices—not every business can opt to pass on the costs to customers. Some businesses are forced to cut down the expenses instead. This means that if a factory has to double the wages per worker they may reduce the number of workers they hire, or perhaps even fire some, in order to maintain the overall cost of production. In other words, higher minimum wages can create unemployment.

Such pressures to absorb higher costs because of higher wages are especially conspicuous in the export sector. Export businesses face competition from around the world. But their competitors do not face the same increased costs of production. Wage laws vary from country to country. So, while the exporters in a high-minimum wage country incur higher costs, they don’t have the luxury to transfer it to their customers. Their customers are importers, shopping for the best deals they can get from around the world.

The middle class is left worse off

Another effect of wage-push inflation is that the middle class is left worse off. A mandated raise in minimum wage may force businesses to pay their workers more, but generally there are no similar laws for the white-collar workers.

If the effects of minimum wage on the middle-class sound grim, consider those who are employed in the informal economy. They comprise the working class that works off the books, which comprises some 2 billion people in the world. Because these businesses are either too remote or completely underground and the government is not able to enforce laws, the minimum wage law does not effectively apply to them. In fact, avoiding such cost-raising regulation as the minimum wage is the major reason these businesses stay fully or partially underground.

Governments should address the underlying causes of inflation

In any case, in times of high inflation, sweeping laws such as raising the minimum wage may at first glance lessen the pain of the working classes but inevitably also raise the cost of doing business and push governments into printing money. This means ushering in a period of even higher inflation, higher unemployment, a middle-class squeeze, and further marginalization of the poorest of the poor.

Arguably, taming inflation by attacking its fundamental causes could help the masses much more than increasing wages every few months. This would involve a policy mix to restore monetary value of the currency: reigning in government spending, application of brakes by the central bank, stabilizing the exchange rate, and even direct measures to freeze prices.

The minimum wage is not the enemy. Yet, sometimes wage hikes just become a habit, reflecting the policymakers’ reluctance to address the deeper, underlying causes of inflation. This is when a raise of the minimum wage virtually loses its ability even to help people’s welfare, which is its original raison d’être.