A large number of people in France want to live in a more homogenous society, alongside people consisting of the same ethnicity and color. 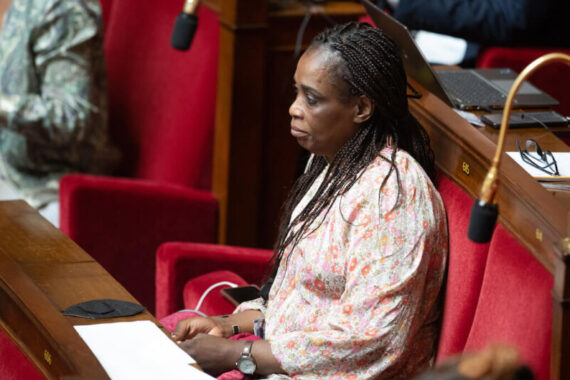 arlos Martens Bilongo, a member of the French National Assembly, suggested the need for cooperation among European countries to rescue migrants in the Mediterranean. As a response, French MP Grégoire de Fournas insulted his colleague with racist words which caused immediate chaos in the assembly, prompting the suspension of the session.

Later, Grégoire de Fournas defended himself and asserted that he was referring to migrants rather than his colleague. He justified his words by saying, “There is a difference between saying he should go and they should go. He underlined the role of France in preventing illegal trafficking of migrants. Accordingly, migrants should go back to their home countries. As a result, I was not mentioning him in that content.”

This incident brought back memories of another incident in which lawmaker Danièle Obono was represented in the magazine Valeurs actuelles with chains around her neck. The story was about slavery in the 18th century. “It humiliated my family and my ancestry,” Obono said.

In 2020, it was reported that French policemen used violence against dispossessed migrants forcing them to abandon their tents. A protestor shouted at police officers, “They are not animals, don’t act like they are!”

De Fournas did not offer any apology: he believes his words were misinterpreted and took no responsibility for the turmoil created by his racist remarks which ended the session.

President Macron did not accept De Fournas’s claim of misinterpretation, and stated that “he was overwhelmed by the words of the MP.” A couple of demonstrations against the racist comment took place in which Bilongo himself participated. Far-right party leader Marine Le Pen defended De Fournas by saying he was referring to migrants who were coming illegally to France. De Fournas explained that he received many messages from people on Twitter, who stand by him.

“Today, some people once again put my skin color at the center of a debate. I’m born in France and I am a French lawmaker and I didn’t think that today I will be insulted [like this] at the National Assembly,” Bilongo told reporters after the incident.

Mathilde Panot, leader of the far-left La France Insoumise group in the National Assembly, has demanded the expulsion of De Fournas, the toughest punishment for a French lawmaker.

De Fournas received a short-term expulsion order from the National Assembly. He argued that the punishment was too harsh and unfair; however, he added, “I accept this sanction because I am respectful to the institution I am working at.” De Fournas was expelled from the parliament for 15 days.

French nationality law provides for jus soli citizenship which refers to the right to obtain citizenship via birthplace. German citizenship, for example, is obtained jus sanguinis, which means gaining citizenship rights by blood, which is to say the nationality of one or both parents. The segregationist attitude of French politicians towards immigrants contradict the inclusive regulations of law regarding citizenship issues in the country.

Ethnic-based discrimination in France is becoming prominent. A society based on a liberal concept of citizenship is turning in favor of race- and ethnicity-based concepts of citizenship. Nowadays, a large number of people in France are more eager to live in a more homogenous society, alongside people consisting of the same ethnicity and color. The notion of citizenship is embracing an exclusionary tone and leading people to demand stricter restrictions on immigration.