Eastern Mediterranean, the Black Sea region, and the South Caucasus are areas where Russian and Turkish interests coexist and contest. 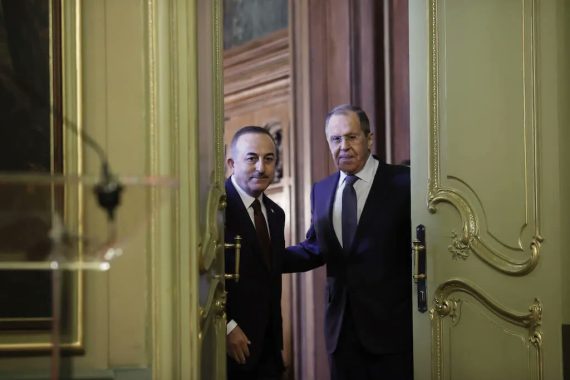 During the post-Cold War period, Turkey-Russia relations shuttled between geopolitical competition and economic cooperation. Despite competition and disagreements, Ankara and Moscow have been following a strategy of compartmentalizing the relations to gain mutual benefits; however, in the last decade, this relationship has gained a further strategical dimension.

With the shifting geopolitical factors in the Black Sea, the Eastern Mediterranean, and the Middle East, Russia and Turkey assumed new geopolitical positions. Russia has pursued an assertive security policy since 2008 in order to have area control in its near abroad. Moscow’s A2/AD, an area denial weapon strategy, has costs and risks, which the Kremlin wants to keep at a manageable level. That is why this came along with a “friendship” strategy of interdependence that enables Russia to prevent the emergence of a bloc against its assertive foreign policy.

Over time, the interdependence between Russia and Turkey, usually based on energy trade, diversified. The Akkuyu Nuclear Power Plant, TurkStream, and the S-400 missile defense system deals are the most outstanding examples. Diversified relations gave Ankara an opportunity to balance its asymmetries in the two countries’ bilateral relations.

As a result, Russia’s relative weight in Turkey’s natural gas import was lessening, Turkey’s relationship with Ukraine and Azerbaijan was deepening, the normalization with Armenia was initiated, institutionalized dialogue mechanisms with the Central Asian republics were established, and the dialogue with the USA, Qatar, and Pakistan over Afghanistan was held.

Furthermore, Russia and Turkey developed a model of damage control through high-level dialogue, compartmentalization of issues, and keeping cooperation intact, especially in Syria, Ukraine, and Libya, where Ankara and Moscow have different approaches. Aside from the expectation of keeping the communication channels open so as to keep the costs of Russia’s ambitious expansionist policies manageable for both capitals, there are three other reasons behind the birth of this model.

First, Turkey’s control over the Montreux Convention and the Turkish Straits forces Russia to take Ankara’s reaction into consideration, especially when taking steps that may disrupt the stability and balance in the Black Sea region. Today, with the Russia-Ukraine war, the competition between Russia and the West has rapidly escalated. Turkey prioritizes stability in the Black Sea region, for which being on good terms with Russia and Ukraine is indispensable.

Thus, when Turkey officially labeled Russia’s offense in Ukraine as war and restricted warships of all countries from passing the Turkish Straits, Ankara maintained that this decision was taken to prevent the escalation of the conflict and further destabilization in the Black Sea. These are important risks and costs that Moscow should also consider.

Second, Turkey’s purchase of the S-400s is very important. For Russia, Turkey’s signing of a contract for the procurement of S-400s as a NATO member is valuable. Ankara has repeatedly stated that the S-400s are procured by Turkey due to its security needs. Conflicts in the region and the use of ballistic and cruise missiles in these conflicts led Turkey to strengthen its air defense system.

The S-400 purchase also coincides with a period when Turkey has strategically adopted the notion of strategic autonomy in the defense and aerospace industry, and is, thus, diversifying its weapons. Russia approached Turkey’s S-400 demand positively, regarding it as Ankara’s legitimate strategy of diversifying resources.

For a long time, Moscow has been expressing its interest in boosting cooperation with Turkey at high-level meetings. However, there are other issues at play affecting the potential for future defense industry cooperation between Russia and Turkey.

No doubt, Bayraktar has achieved global fame in recent years. However, the Turkish defense industry is not limited to the developments of UAV/UCAV technologies. Ankara is also working to develop its own national air defense system and S-400s are interim solutions for its security needs. More importantly, NATO now appears to take a more coordinated stance in the military, political, and diplomatic consultation of its prominent members including Turkey in the face of the increasing Russian challenge.

The first signs of a possible shift from inaction to action came with the NATO 2030 initiative. Of course, the growing coordination among NATO members with regard to the defense industry will not completely terminate Turkey’s strategy of diversifying its defense deals; however, it may not be easy or necessary for Ankara to develop further its relations with Russia.

Third, the Eastern Mediterranean, the Black Sea region, and the South Caucasus are areas where Russian and Turkish interests coexist and contest. Syria has been a testing ground given the United States’ unwillingness to intervene further. In time, the Astana peace process brought Ankara and Moscow together to fill the power vacuum left by the U.S. policies in Syria, while the common ground was supporting the territorial integrity of Syria.

However, transforming this limited common ground into collective security management in the areas under the control of either Russia or pro-Russian forces in Syria has not been possible to this day. Despite this difficulty, the Astana and Idlib dialogues are not abandoned, and are still functional for managing crises. Ankara knows that Russia has capacities to destabilize Libya, Karabakh, and Syria where Moscow’s and Ankara’s security agendas are also often mismatched.

Moscow may use these destabilization cards as bargaining chips or as punishments to balance Western actors’ anti-Russian strategies. The Trump administration’s policy of containing Russia in the Eastern Mediterranean, North Africa, and the Middle East by ignoring Turkey enabled Moscow to develop strategic ties and crisis management tools with Ankara. However, it seems more challenging for the Biden administration now to achieve regional security in the Black Sea and Mediterranean by ignoring Turkey.

The normalization between the United States and Turkey may affect the geopolitics of the Eastern Mediterranean and North Africa, and thus set a limit to Russia’s scope of action. The Biden administration is using the rhetoric of coordination and solidarity among NATO members in the Mediterranean and the Black Sea region. In parallel, some regional states, like Israel, Egypt, the UAE, and the KSA, engaged in subsequent normalizations with Turkey as insurance on the eve of great power competition in the region.

If these attempts will eventually lead to full normalizations, then the extent of the Russian friendship strategy towards Turkey may be restrained. Even in that case, both Ankara and Moscow seem to keep damage control and cost management tools effective in their mutual relations. Hence, Turkey’s expressed its desire to continue to compartmentalize its beneficial cooperation, while high-level dialogue with Moscow is also important, and to this day seems to be beneficial for diplomatic mediation efforts between the warring parties in Ukraine.

The Russia-Ukraine war and changing geopolitics between the West and Russia will be a serious test for the compartmentalization, crisis management, and damage-control strategy that have been successfully carried out in Turkish-Russian relations until now. The risk of antagonizing Russia via sanctions, and the risk of the escalation and expansion of the Ukrainian conflict are high. While the situation is evolving to a new great power competition between the West and Russia, as a result of the rising cost of strategic failure, Ankara and Moscow need to provide assurance to each other that they can manage the costs and damages in the areas where they constrain each other’s strategic reach.