The pressure grows on social media platforms to deal in conformity with their government’s national interests while mitigating the financial damages. 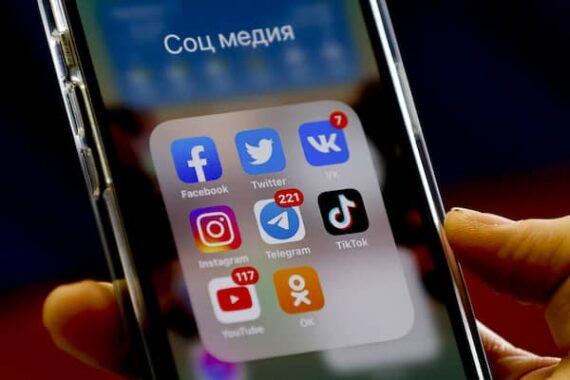 Amid the escalating war between Russia and Ukraine, a major brawl is taking shape over the control of content on social media. On March 4, 2022, Moscow blocked access to social media platforms such as Facebook and Twitter within its federation. This step was taken in response to what it said were actions of Meta and Twitter to restrict the access of Russian state-owned/affiliated media outlets such as the Zvezda television channel, RIA Novosti news agency, Sputnik, RT (formerly Russia Today), Lenta.ru, and Gazeta.ru.

While initiating the blockade, Roskomnadzor the Russian federal executive agency that acts as the state’s communication watchdog cited “26 [alleged] discrimination cases toward Russian media” by Facebook. It was further stated that platforms like Facebook had been blocked to “prevent violations of the key principles of the free flow of information.”

In addition, the Russian Duma also introduced a “fake news” law imposing imprisonment of up to 15 years for spreading fake news that could lead to severe consequences. As this law came into force, social media platforms such as TikTok suspended options for new video uploads and live streaming services.

In a similar vein, numerous international media outlets such as the BBC, CNN International, ABC News, CBS News, Bloomberg, etc., stopped airing in Russia. The companies stated they are worried about the safety of their employees. Other blocked platforms in Russia include the U.S. government-funded Voice of America, German broadcaster Deutsche Welle, and Latvia-based website Meduza. As the information crackdown intensifies in Russia, concerns are raised about the ongoing censorship, aptly labelled by Bloomberg columnist Parmy Olsen as “Putin’s Iron Firewall.”

Social Media Giants and Russia in the Past

Prior to the complete blockade of Facebook, Russia had limited its access while accusing social media platforms such as Twitter and Facebook of censoring Russian media content of censoring Russian media content. Nick Clegg, vice-president of global affairs and communication at Meta, stated that “Russian authorities ordered us to stop the independent fact-checking and labelling of content posted on Facebook by four Russian state-owned media organizations. We refused.” The refusal to stop fact-checking Russian news, irked the Russian authorities.

It is interesting to note that before Moscow’s ban on social media platforms, Meta itself had proposed to pull Facebook out of Russia. The rationale behind it was to punish Moscow for its actions against Ukraine. However, it was later realized that this move would only limit the ability of Russian people to access information that isn’t affiliated with Russian state-backed media.

With the exception of Western platforms blocked by Moscow, many technology companies have suspended their operations and services in Russia as a sign of support to Ukraine. These companies include, among others, Apple, Dell, Google, Netflix, and Ikea. Snapchat has announced that it will “not accept revenue from Russian state-owned entities.”

How Social Media Companies Joined the War in Ukraine

As the war in Ukraine continues, some Russians have managed to use VPNs as they look for ways to access sites that are currently blocked in their country.

Data from Top10VPN shows that on March 9, the demand for a VPN in Russia saw an increase of 956% compared to the day before the invasion. Additionally, social media platforms responded to the Russian government’s decision to block access to social media.

Meta released a statement regarding Facebook mentioning that “we will continue to do everything we can to restore our services so that they remain available to people to safely and securely express themselves and organize for action.”

Meta has also made an unusual change in their hate speech policy. According to a recent email received by Reuters, Facebook and Instagram users in some countries will be allowed to call for violence against Russia and Russian soldiers in the context of the Ukraine invasion. The policy change will apply to countries such as Armenia, Azerbaijan, Estonia, Georgia, Hungary, Latvia, Lithuania, Poland, Romania, Russia, Slovakia, and Ukraine.

A Meta spokesperson further stated that “as a result of the Russian invasion of Ukraine, we have temporarily made allowances for forms of political expression that would normally violate our rules like violent speech such as ‘death to the Russian invaders’. We still won’t allow credible calls for violence against Russian civilians.” In response, the Russian embassy in the U.S. demanded Meta stop what is regarded as “extremist activities.”

Twitter has also launched a new service called Onion, allowing users to access Twitter by downloading it on Tor Browser. This service will help the Russian people surpass the surveillance and censorship imposed by Moscow. Similarly, media outlets like the BBC are recommending people access its Ukraine page by using Tor Browser. The BBC is providing safe downloading links to people who are unable to access App stores.

Tor Browser and VPN usage can help users remain anonymous while accessing sites that are currently part of what is regarded as the dark web.

The war between Russia and Ukraine has certainly increased the phenomenon of internet fragmentation. The introduction of temporary changes in Meta’s hate speech policy raised numerous ethical and policy implications. As the military conflict intensifies between Russia and Ukraine, the pressure grows on social media platforms to deal in conformity with their government’s national interests while mitigating the financial damages.