Russian foreign policy fits well within the realist tradition where the nexus between rationalism, morality, and statecraft helps to explain the ongoing hostilities between Russia and the West. 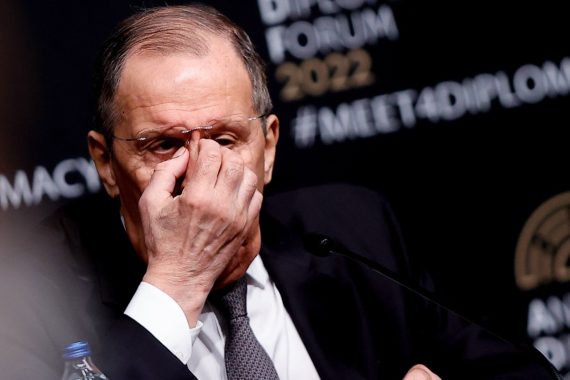 The ongoing conflict between Russia and Ukraine is largely covered in the media around the world triggering waves of heated debates and public outrage. While the Russian military operation in Ukraine is taking place, understanding Russia’s perspective can be useful to understand not only the current situation but also Russia’s foreign policy and diplomacy.

The year 2022 marks an important anniversary for Russian diplomacy: 220 years since Russia’s Ministry of Foreign Affairs (MFA) was officially created. The foreign policy of Alexander I, regarded as the founder of the ministry, was characterized by the idea of building coalitions and deepening relations with European powers to promote the peaceful coexistence of European nations.

Interestingly enough, Russia’s way to celebrate the anniversary is quite provocative. The ministry has issued a statement declaring its intention “… to keep the West … ‘on its toes’… ‘electrified’ (i.e., 220 voltage) is fitting in this context. Our partners [the West] will have to get used to the new rules.” It seems that Russia’s diplomatic rhetoric toward the West is in contrast with what Alexander I aimed to achieve. Instead of negotiating a European partnership, Russia and the West are sharply deteriorating their relations.

From a diplomatic perspective, the ongoing situation has an explanation which can be better understood through a classical realist tradition in international relations. Based on the iconic book by Hans Morgenthau Scientific Man Vs. Power Politics (1949), I briefly touch upon what contemporary Russian foreign policy and diplomacy mean in practice by using the perspectives of rationalism, morality, and statecraft.

The reliance on reason and rational control asserts that people are rational and are capable of acting according to their understanding of social, economic, and political experiences. Acquiring empirical knowledge, rationalism evaluates those experiences and assesses how actions are coordinated with produced outcomes. In the rationalist view, emotions are subordinate, but they might challenge rational thoughts and alter the foreign policy decision-making process and behavior.

Looking at contemporary Russian diplomacy with NATO and post-Soviet territories, one could assume it is rooted in rationalist assumptions. NATO enlargement is a security problem for Russia and according to the logic of rationalism, Russia’s response to that is military operations in the post-Soviet space which indicated an interest to join NATO, combined with diplomatic negotiations with NATO member states. From this perspective, the rational move would be to terminate NATO enlargement to reassure Russia’s security concerns.

However, emotions may explain why reality looks very different. There could equally be emotions of fear of Russia, a sense of pride, and political rhetoric that motivate NATO to grow and become the great military power in the Western hemisphere.

Either way, the result seems rationally predictable: the clash between rationalism, on the one hand, and emotions and rhetoric, on the other, creates tensions between Russia and NATO, and the conflict between Russia and Ukraine as the outcome. This situation is exactly what Russia’s MFA was referring to: “…to keep the West … on its toes.”

In international relations, the component of morality and ethical norms is mostly confined to the national level. This is because states have moral obligations toward their citizens, but are restricted in moralizing other states. Moral obligations are also embedded into ontological security and self-identity which need to be protected against what becomes a threat.

The notion of morality creates room for diplomatic maneuverings, justifying the moral interference into the domestic affairs of other states.

Moscow also criticizes Kiev’s non-cooperation in implementing the Minsk agreements of 2014 which had sought to resolve the conflict in the Donbas region. Active political and diplomatic leverage, and tacit and explicit actions in Ukraine are used to promote Russia’s interests and foreign policy goals associated with preserving the ontological security of Russia and are thus seen as morally justified.

The dimension of statecraft should be dealt with separately from the Ukraine issue because statecraft unveils the divergence in the epistemological assumptions between Russia and the collective West. The international world order in its current form has shaped the practices of modern diplomacy and statecraft, and vice versa. States have legislative and political power, and can impose their power on other states using the legislative mechanisms of international law.

Russia’s foreign policy and diplomatic attitude is fundamentally based on the idea that international law needs to be internalized and upheld by states themselves. Yet, the collective Western perspective on international statecraft is more focused on a rule-based order – also known as the liberal international order with shared sovereignty. The rules-based order is promoted by the West, but this perspective is less likely to be accepted by Russia.

Moreover, a rules-based order rhetoric cannot possibly be imposed by any foreign power on Russia without threatening its national identity, ontological security, and even the idea of national sovereignty. Thus, the idea of the priority of international law in the realist tradition is viable for Russia while a rules-based order in the liberal tradition is unacceptable, adding another issue for deepening diplomatic tensions between Russia and the West.

In sum, Russian foreign policy fits well within the realist tradition where the nexus between rationalism, morality, and statecraft helps to explain the ongoing hostilities between Russia and the West. The main differences that are causing tensions remain within the perceptions and interpretations of these characteristics. Rationalism for Russia revolves around the security issue which explains why Russia would not tolerate further NATO enlargement and why Ukrainians expressed willingness to join NATO.

Morality intertwines with Russia’s ontological security perceptions. Contrasting perceptions about international law and promoting a rules-based order also erected obstacles in the relations between Russia and the West in terms of the international world order and the roles the main powers would play in it.

Acknowledging the peculiarities of rationalism, morality, and statecraft helps better recognize and interpret Russia’s political aims and understand its foreign policy intentions. From this point of view, Russian foreign policy and diplomacy remain rational and overall predictable in their ambition to provide security for the state even at the cost of maintaining relations with the West by keeping it “electrified.”

Olga Krasnyak is Associate Professor at the Department of International Relations at the National Research University Higher School of Economics (Moscow). Her research interests lie within diplomatic studies with a focus on science diplomacy and its implementation into a state's foreign policy agenda. Previously, during 2014–19, she taught at Underwood International College of Yonsei University (Seoul). She is the author of National Styles in Science, Diplomacy, and Science Diplomacy (Leiden, Boston: Brill, 2018). Dr. Krasnyak often provides media commentary on diplomacy, foreign policy and international relations. Her website is: www.olgakrasnyak.com.