Will the North Korean combat personnel be deployed in Ukraine to support Russia? 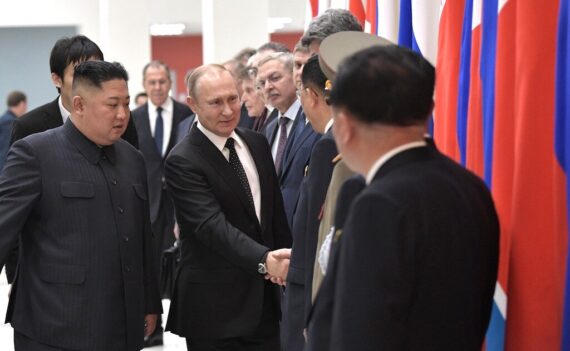 orth Korea, having the fourth-largest army in the world, offered Russia 100,000 soldiers to defeat Ukraine, according to Russian military expert Igor Korotchenko’s statement on Russian state television, Channel One Russia, on August 5, 2022. Korotchenko further claimed that the Kremlin “shouldn’t be ashamed in accepting the hand extended to us by Kim Jong-un.”

“We can state with full responsibility that these reports are false news from beginning to end. There are no such talks underway, and there are no plans to deploy North Korean volunteers in the DPR (Donetsk People’s Republic) and LPR (Lugansk People’s Republic),” Ivan Nechaev said at a briefing on August 11.

Russian ambassador to North Korea Alexander Matsegora is quoted in the Russian newspaper Izvestia as saying that North Korea is willing to send workers to help rebuild the Russian-occupied Donbas region, which suffered heavily from bombardment in the first months of the war.

In exchange for the military support, North Korea could receive shipments of industrial equipment and energy supplies, according to reports in Russia.

North Korea, alongside Syria, became the third country to diplomatically recognize the independence of the two separatist regions in Ukraine. Russia-North Korea relationships trace back to 1948, as the Soviet Union was also the first country to recognize the DPRK (Democratic People’s Republic of Korea), North Korea’s official name.

Professor Er-Win Tan from Hankuk University of Foreign Studies told Politics Today, “If it is confirmed that the North Korean combat personnel is to be deployed to support the Russian effort in Ukraine, this will not be the first time North Korea deploys its forces abroad.”

“During the Vietnam War, Pyongyang had dispatched some pilots to operate Soviet-supplied MiG-17 and MiG-21 fighter aircraft in the skies above North Vietnam. Elsewhere during the Cold War, North Korea deployed combat advisors to Angola and Mozambique to train local Marxist guerrilla movements in the use of Soviet-built infantry weapons and vehicles. It is likely that North Korea had undertaken such deployments to do a ‘good turn’ for Moscow, presumably in the hope of receiving largesse from the latter such as more modern armaments and cross-border trade. Yet, given the need to ensure the clandestine nature of such deployments, their resulting small scale of deployment will limit their net operational impact,” Tan stated.

However, Pyongyang officials have not yet made any public statements about sending or preparing to send any troops or “volunteer” units to fight with the Russian forces.