Russia’s losses on the Ukrainian front have encouraged Iran to advance further in Syria. 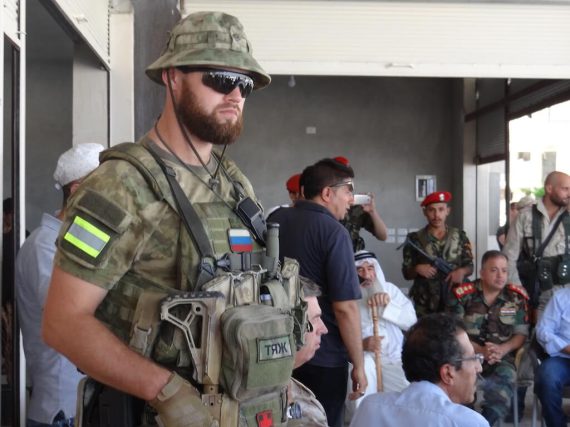 Months after Russia’s invasion of Ukraine, the war seems to have fallen short of its main objectives. At the moment, Russian forces are pursuing a strategy of fortifying the Russian separatist regions in eastern Ukraine and restoring the land connection between Crimea and these regions. Moscow seems to have abandoned its goal of a regime change in Ukraine by occupying Kyiv, at least for now.

The impact of the war in Ukraine on Syria and Libya

Russian military losses not only affect the Russian prospects for Ukraine, but also Russia’s military presence in the Middle East. Some Wagner units, who are Russian mercenaries and were deployed in Libya and Syria, have reportedly started withdrawing. These units redeployed in Ukraine to back Russian forces.

Accordingly, Ankara decided to close its airspace to Russian military and civilian planes flying between Russia and Syria. Thus, the route from the Hmeimim Air Base to Russia has become longer and costlier. On the other hand, as a move against Ukraine’s open-door strategy to foreign fighters, especially citizens of European countries, Moscow stated that there are volunteers from the Middle East who want to fight on its behalf.

Following this move, allegations were made from the Syrian Observatory for Human Rights (SOHR) and Syrians for Truth and Justice (STJ) that Russia voluntarily registered thousands of Syrians for a possible deployment to the Donbass region. These moves speak of the impact of the Ukraine war and Russia’s losses in Syria. Russia’s possible withdrawal of military forces in Syria would diminish its influence and this would work in favor of Iran, both ally and rival of Moscow over Syria.

High-level officials from Syria and Iran had met in the early days of the Russian invasion of Ukraine and discussed the opportunities that a possible decrease of the Russian influence could create in the medium term. While the spymaster of the al-Assad regime Ali Mamlouk met with Iranian President Ebrahim Raisi and the Secretary General of Iran’s Supreme National Security Council Ali Shamkhani in Tehran on February 28, the president of the Syrian regime Bashar al-Assad received Iranian Deputy Foreign Minister Ali Asghar Haji in Damascus on March 1.

Anton Mardasov, an expert at the Russian International Affairs Council (RIAC), argued in the Russian newspaper Nezavisimaya Gazeta that the al-Assad regime’s foreign policy which moves beyond Russia’s control disturbs Moscow. There is a possibility that the Iranian regime’s attitude could become more conspicuous with the Russia-Ukraine war, the results of which may affect all Syria, but especially the southern and eastern parts.

The Daraa-Deir ez-Zor line will be the main region where the Iran-Russian rivalry will intensify in the coming months following the invasion of Ukraine. This is the region where the Tehran-Moscow rivalry is the most intense on the ground and is also the target of systematic airstrikes by Israel and the U.S. For this reason, in a situation where Russia’s influence decreases and Iran’s influence increases, the number of Israel-U.S. airstrikes that target Iran-backed militias will mount too.

Since the beginning of 2021, Israel has launched airstrikes against numerous Iranian targets in Damascus, Rif Damascus, Latakia, Deir ez-Zor, Tartus, Aleppo, Homs, and Quneitra. Tel Aviv was careful with the severity of attacks as not to disturb Moscow. Russia, on the other hand, did not completely prevent these attacks, both protecting its relations with Israel in the region and ensuring that Iran’s efforts to increase its influence were dealt a blow by Israel.

Israel targeted certain Iranian militias such as the Islamic Revolutionary Guard Corps (IRGC) and Iranian-backed militias such as Hezbollah, as these pro-Iran forces were challenged by Russian-backed militias on the ground. However, Tehran responded to Moscow’s policy of challenging Iran through the Iran-backed foreign militia forces in the region, and the regime-affiliated National Defence Forces (NDF), the Local Defense Forces (LDF), and the 4th Armored Division units. The result was a loss for Moscow.

Russian-backed militias, including former rebels, lost ground in Daraa and the Iranian-backed elements gained ground. If Iran increases its influence in the region by taking advantage of the decrease in Russian influence, Russian influence in the vicinity of Damascus may be threatened. In addition, it is possible for Israel to increase its air attacks and even a limited cross-border intervention is possible.

Another possibility is that assassinations and armed attacks targeting regime and Iranian-backed figures in the region may increase, leading to a vacuum of power. While the Russia-brokered reconciliation agreements convinced Syrian opposition fighters in Daraa to reach a ceasefire, the deterioration of the balance of power in favor of the regime and Iran may cause the undercover opposition cells to become visible and active.

On the other hand, in Deir ez-Zor, Iran has turned the region into a hub for its militias. The IRGC, Hezbollah, Baqir Brigade, Liwa Fatemiyoun, Harakat Hezbollah al-Nujaba, and Kataib Sayyid al-Shuhada units are positioned on a line from Bukemal in the south to Tebni in the north. This massive militia presence is an assurance for Iran’s Iraq-Syria militia logistics. Tehran uses these militias to counterbalance both the Syrian Democratic Forces (SDF) and Russia, and is trying to make militias a permanent actor in Deir ez-Zor through cultural centers, NGOs, and real estate purchases.

Meanwhile, Russia is trying to establish a balance of power by increasing diplomatic efforts with the Arab tribes of Deir ez-Zor and recruiting militias from the local population. However, the financial effects of the Ukraine invasion may hit Russia’s plans in Deir ez-Zor. This situation may lead Tehran, which does not have problems in logistics and funding—in the case of Deir ez-Zor—to increase its influence there.

The Iraq-Syria border becoming a full Iranian sphere of influence will be a reason for intervention for both the U.S. and Israel. This, in turn, will translate into intense airstrikes and special operations against Iranian-backed militias. Such a scenario could lead to full-scale chaos in the region and DAESH may take advantage of this to strengthen its presence in the Syrian desert.

Russia’s losses on the Ukrainian front have encouraged Iran, which wants to become the leading actor in Syria, to advance further. The actors that will balance these moves by Iran, which is increasing its influence especially in southern and eastern Syria through militias, seem for now to be Israel and the U.S. On the other hand, Russia may turn a blind eye to the interventions of various actors, especially the U.S. and Israel, in order to balance Tehran.