Turkey has placed a three-month ban on Russian planes flying to Syria. 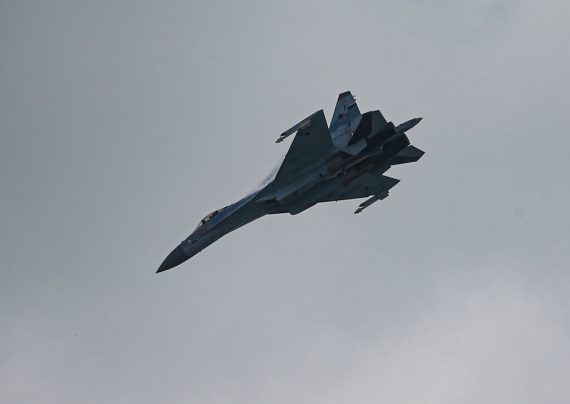 Turkey has placed a three-month ban on Russian planes flying to Syria. The ban spans both civilian and military planes. Mevlüt Çavuşoğlu, Foreign Minister of Turkey, stated on April 23 that Russia had been informed in March about the decision and given time until April.

He also mentioned at a press conference during his flight to Uruguay that President Recep Tayyip Erdoğan had informed his Russian counterpart Vladimir Putin on the matter, adding that Russian authorities had made assurances that they would not fly anymore. It is likely that Russia will divert planes to Syria over Iran instead.

Çavuşoğlu further stated that the process had been part of a dialogue between Turkey and Russia regarding, among others, the Montreux Convention. In line with the latter, Turkey closed its straits to Russian vessels after the Russian invasion of Ukraine. Turkey also took a similar decision for the passage of NATO warships for a preplanned exercise in the region.

Relations between Turkey and Russia can be considered overall to be good. While the two countries share a profound co-operation economically, the relations remain complicated and circumstance-based politically. The two countries have supported opposing sides in the Syrian civil war and Turkey is a part of the NATO alliance.

Along with Iran, Russia has been a key supporter of Syrian President Bashar al-Assad, while Turkey has backed Syrian rebels during the conflict. Yet, in so far as the negotiation process between Russia and Ukraine in the ongoing war, Turkey is perceived as neutral and is respected by both sides, enabling it to host and mediate peace efforts.

The first of the peace talks was attended by foreign ministers Sergey Lavrov and Dmytro Kuleba, and took place on the sidelines of the Antalya Diplomacy Forum on March 10. The second round took place on March 29 between negotiators from both countries in Istanbul. The former was the first high-level meeting since the conflict began. The second meeting was deemed difficult but more productive than earlier talks, yet no substantial results were yielded in brokering a ceasefire.

The outcome of the latest talks was Ukrainian leniency towards negotiating a neutral status on grounds of security guarantees for their country. A Ukrainian negotiator, after the meeting, said that Ukraine wants to see UN Security Council countries as well as some others, including Turkey, as guarantors in a deal with Russia. Russia also pledged to decrease its military activities fundamentally in Kyiv and Chernihiv. Alexander Fomin, deputy defense minister of Russia, said that the move was made to increase trust for future talks.

“We are not without hope,” said President Erdoğan about the negotiation process between Russia and Ukraine.

Çavuşoğlu addressed negotiations between Russia and Ukraine, mentioning a “comprehensive text” in progress alongside backdoor diplomacy efforts. He stated, “We also see there is a draft joint declaration in this process. The focus is on impartiality, security, and guarantees.” The status of the Donbas and Crimea regions is yet to be defined. On April 23, Ukrainian President Volodymyr Zelenskyy stated that Kyiv wants talks of substantive nature to take place but that the likelihood of further talks with Russia in Turkey depends on Putin.

Over the weekend, Erdoğan conducted telephone diplomacy with both Russia and Ukraine discussing the intent to hold further peace talks and underlining readiness to support negotiation efforts. He told Zelenskyy that Turkey would be willing to take up a guarantor role.

On Monday, April 25, António Guterres, U.N. secretary general, met with Erdoğan in Ankara before his talks in Moscow on April 26 and Kyiv on April 28. Guterres expressed support for Turkey’s diplomatic efforts. Both sides stressed the importance of ending the war and maintaining effective humanitarian corridors.

Although diplomatic efforts in a peace process are significant, the tension of war is still high. Atrocities uncovered in Bucha and other regions including mass graves have received international reactions. Such images make it difficult to maintain a setting for a peace agreement. Some countries like the U.S. have called for more sanctions against Russia, while others have also backed an International Criminal Court (ICC) investigation into war crimes.

On April 25, Lavrov accused Zelenskyy of only pretending to negotiate and stated peace talks would continue, but criticized Ukraine’s approach to the talks saying “goodwill has its limits, [b]ut if it isn’t reciprocal, that doesn’t help the negotiation process.” Lavrov also said that weapon deliveries by NATO to Ukraine in essence meant engagement in war with Russia, making those weapons legitimate targets. Lavrov warned of a World War III given the current tensions.