What lessons can NATO countries draw from Moscow’s experiences in Syria when addressing the ongoing Russia-Ukraine war? 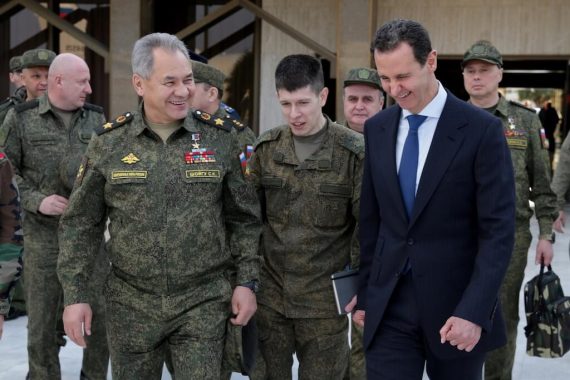 Since Russia’s “special military operation” in Ukraine began on February 24, the eastern European country has experienced death, destruction, and trauma. NATO and EU members are becoming increasingly unified in their actions against Moscow, seeking to pressure Russia into ending its assault against Ukraine.

With even Hungary, the most Russia-friendly state in NATO and the EU, vowing to not oppose multilateral sanctions against Moscow, Vladimir Putin’s campaign in Ukraine is clearly uniting European powers against the Kremlin in ways that only weeks ago were difficult to imagine.

Yet some commentators have pointed to the world’s inability to stop Russia’s intervention in Syria as a sign of what could come next in Ukraine. There are key questions to ask. How similar are Russia’s assault against Ukraine and Moscow’s operations in Syria that began in September 2015? How useful are comparisons between the two Russian military campaigns? What lessons can NATO countries draw from Moscow’s experiences in Syria when addressing the ongoing Russia-Ukraine war?

Although there are some clear common denominators, particularly given the brutality employed by the Russians, there are significant differences between the two operations that might give analysts limited reasons to see such comparisons as useful.

To begin, Moscow’s involvement in Syria came after the country’s UN-recognized government invited Russia to enter the fray. A key Russian goal was not only to help President Bashar al-Assad’s regime survive, but also to prevent the Syrian nation-state’s collapse.

At the time, even countries such as Turkey, Saudi Arabia, Qatar, and some western powers, which backed rebels fighting to topple Assad, agreed upon Syria’s internationally recognized borders and recognized the country as a legitimate nation-state. In Ukraine the picture is totally different, and this is an important distinction.

Read: What Does Russia Want From Syria?

The Russian military is currently fighting in Ukraine without the consent of Ukraine’s internationally recognized government. Moscow does not see the Ukrainian nation-state as a legitimate entity, highlighted by President Putin’s February 21 decrees recognizing Donetsk and Lugansk as “independent” countries.

With only a short list of governments worldwide joining the Kremlin in recognizing these breakaway republics as states that are independent of Kiev, Moscow is very internationally isolated in terms of its rejection of Ukraine’s UN-recognized borders.

Geographic proximity to the Russian homeland is a factor too. Ukraine shares a 1,200-mile border with Russia, making it a far easier target. Rooted in the Soviet era, Moscow has historic interests in Ukraine as Putin explained in his public address delivered shortly before the start of Russia’s multi-pronged assault on its neighbor. Yet Syria is much further away from Russian territory and its strategic interests to the Kremlin differ significantly from those of Ukraine.

Moscow’s myriad interests in Syria include a desire to strengthen Russia’s military presence in the Mediterranean via its first warm water seaport and most westward military position after Sevastopol on the Black Sea. Russia’s footing in the eastern Mediterranean has given Moscow significant leverage in regional conflicts stretching from Iraq and deep into sub-Saharan Africa.

Back in 2015, the Russians were fighting NATO-backed rebel groups and Islamic State (DAESH). Russia entered Syria under the banner of fighting global terrorism, giving Moscow a greater degree of perceived legitimacy in its bombing campaigns that helped Assad’s regime regain much territory. Moscow’s partners were active in the warfare too. Iran and Lebanese Hezbollah’s forces were on the ground fighting these anti-Assad groups as well.

The Obama administration, while not supportive of Russia’s actions, was not necessarily too much at odds with it. This was partly because the U.S. was also waging its anti-DAESH campaign and Israel was comfortable with Moscow’s intervention in Syria. Put simply, there was some common cause between Russia and the West when it came to the conflict in Syria. Today in Ukraine there is no such common cause.

International sympathy and opinion must be considered too. In Ukraine the Russians are fighting forces loyal to the Kiev government and Moscow’s narrative about a mission to “denazify” Ukraine is far less likely to attract international acceptance of Russian aggression.

Furthermore, except for a Turkic Muslim minority in Crimea, Moscow’s interventions in Ukraine have targeted Europeans Christians, unlike in Syria where most victims of Russian military operations were Sunni Muslim Arabs. Unfortunately, biases and outright racist tropes propelled by western media outlets and politicians have resulted in far more humanizing coverage and discussions about the human suffering in Ukraine compared to Syria.

Ultimately, it has not even been one week since Putin declared war on Ukraine and the Russian military operation is still in an early phase. The extent to which Moscow will succeed in terms of achieving its goals in Ukraine is difficult to predict at this stage.

Whereas the situation in Syria evolved in ways which were favorable to the Russians, the unique factors in play in Ukraine should give analysts reason to think that Moscow’s experience fighting in the eastern European country could fundamentally differ from the outcomes of Russia’s intervention in Syria. 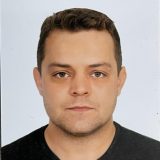