In the worst-case scenario, the U.S. tightening will drive Saudi Arabia closer to Russia and China. 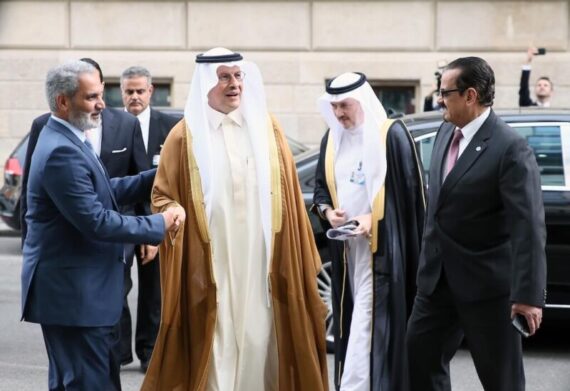 The controversial decision by the OPEC Plus group to slash oil production by two million barrels per day amid the painful global energy crisis and the United States’ attempts to dissuade it have sparked heated reactions and repercussions for Saudi Arabia and the United States. Saudi Arabia is routinely accused of weaponizing oil in its foreign policy; this time it is said to be doing so in order to influence Biden’s midterm elections and consolidate Putin’s gamble in Ukraine.

In this context, Saudi Arabia appears to be behaving like Russia, using oil to gain leverage over the West and back Russia, which is losing ground on all fronts. As per Western estimates, if Europe abandons its reliance on Russian gas to prevent a similar future scenario, Saudi Arabia and the rest of the GCC would replace it in covering future energy resource shortfalls. Yet, with the disappointing OPEC Plus decision, this hope began dissipating.

Although the Saudi Ministry of Foreign Affairs statement justified the consensual decision and tried to dispel doubts about its politicization, Washington’s reactions ranged from warning to hinting at a reassessment of relations with Riyadh. According to National Security Council Strategic Communications Coordinator John Kirby, President Joe Biden is considering reevaluating the U.S.-Saudi partnership, and the president himself said in an interview with CNN that this would have consequences.

Exactly what these consequences might be is not clear, but most likely they might take the form of a halt in arms sales to Saudi Arabia, notably the 300 MIM-104E Patriot missile system to counter ballistic and long-range cruise missiles. Senator Chris Murphy tweeted on what the U.S. should do in response to the OPEC issue in the short term, including shifting the scheduled AMRAAM air-to-air missile deal from Saudi Arabia to Ukraine and removing the remaining Patriot anti-missile batteries. Furthermore, following the Saudi-led OPEC Plus decision, Senate Foreign Relations Committee Chairman Bob Menendez urged an immediate freeze of cooperation with Saudi Arabia.

For Washington, this action is a political cross-cooperation between Saudi Arabia and Russia in an economic guise. Reducing the oil cartels contributes to the recovery of Moscow’s dilapidated economy after its war in Ukraine, and unseating President Biden and the Democrats in the November midterm elections. For Saudi Arabia, Washington’s escalation is just an ideal reflection of Democrats’ and President Biden’s stances on Saudi Arabia, as well as the accumulation of past files such as the Jamal Khashoggi case, human rights, and the Yemen war.

The Saudis’ stalemate with Democrats is mainly due to myopic perceptions of local and regional dynamics of the latter from President Obama’s tenure during the Arab Spring to President Biden, who once labeled Saudi Arabia as a pariah state. Since the outset of his election campaign, President Biden has appeared to be at odds with Crown Prince Mohammed bin Salman over the Khashoggi case and the Yemen war. Yet, despite Mohammed bin Salman’s bold steps toward social and cultural modernization of Saudi Arabia following decades of scathing Western criticism of the kingdom as a breeding site for extremism, this does not seem to satisfy Washington.

A blow to regional normalization

Beyond that, the decision came as a blow to endeavors to continue normalizing regional relations, which included restoring U.S.-Saudi relations following President Biden’s July visit to the region and Riyadh. Also, the visit sought to discuss energy issues in light of the Ukrainian war and put forward the idea of building a regional alliance that includes Israel to confront Iran. All of this represented two successive disappointments for Biden: the first being when he returned from Riyadh empty-handed and failed to pressure and persuade Saudis to postpone the OPEC Plus decision until the end of the midterm elections in November.

Indeed, the eight-decade U.S.-Saudi partnership based on the oil-for-security equation has become questionable: the United States’ pivot away from the Middle East and its growing shale oil output reduce the value of relations with Riyadh, while Saudi Arabia’s view of waning American hegemony and the rising powers of China and Russia calls for the evaluation and diversity of its allies.

The politicization of oil and security has become a popular cliché in explaining the trajectories of the U.S.-Saudi relationship. In two historical instances, Saudi Arabia exploited oil to settle scores in international affairs. On October 17, 1973, Saudi Arabia joined the Organization of Arab Petroleum Exporting Countries (OAPEC) in imposing an oil embargo on all countries that supported Israel in the 1973 war against Egypt and Syria. The second instance occurred when Saudi Arabia raised oil output during the Gulf crisis to topple Iraq’s economy.

In contrast, by backing the OPEC Plus decision, Saudi Arabia appears to be hedging its bets to minimize the risks of allying with the West against Russia while maximizing economic gains. Nevertheless, this strategy is vulnerable to negative consequences and may worsen in the future. By seeking autonomy in foreign policy decision-making, the Saudis’ attitude and rhetoric in this matter suggest that to some extent it was acceptable to them for the U.S. to intervene in their domestic affairs under the pretext of human rights but this is not the case for meddling in economic and foreign policy decisions.

With the OPEC Plus decision, Saudi Arabia’s hedging lies in two assumptions. Economically, reducing crude oil production would enrich the Saudi budget needed to finance Vision 2030 projects and compensate for the financial deficit that the military campaign in Yemen has drained over the past seven years. Politically, Saudi Arabia wants to signal two messages. First, it wants to seize the opportunity to stand with Russia in the face of international isolation in order to yield an iconic position in their future relationship, to win Russia over to its side within the premise of diversification of alliances, and to entice it to veer away from Iran.

At the same time, just a few days following the OPEC Plus decision, Saudi Arabia pledged to provide $400 million in humanitarian aid to Ukraine, not to mention the will to mediate between Moscow and Kyiv. Second, Saudi Arabia wants to send a moral message to its Western allies about the double standard of dealing with threats faced by allies by standing firm in backing Ukraine against Russia while the West has been hesitant to do the same for Saudi Arabia in its fight against Iran in Yemen and elsewhere.

The alleged Iranian-led attacks on the Abqaiq processing plant and the Khurais oil field in 2019, as well as subsequent Houthi strikes over the past seven years have elicited no serious response from the U.S. and other Western allies. Unexpectedly, the Trump administration’s reaction was muted, with the president declaring that the incident was aimed at Saudi interests rather than American ones. Additionally, President Biden’s reversal of President Trump’s designation of the Houthis as a terrorist organization and the halt of arms deliveries to Riyadh have all shaken Saudi Arabia’s confidence in the United States.

Supposedly, both Saudi Arabia and the United States are aware of the severity of the harm that may be incurred by ruptures in their partnership; this diplomatic strain is unlikely to endure past the gradual prevalence of their shared interests,  Unless other developments occur, their strained relationship will mend when a new president takes office – preferably a Republican. Until then, President Biden’s wobbly Saudi Arabia policy and a lack of conciliatory lines on the issue will likely force Washington to take certain direct and indirect measures, including the following.

First, easing the pressure on the Iranian oil embargo to compensate for Saudi production – a possibility that will be matched by Israeli pressure. Second, freezing arms sales and security cooperation and threatening to withdraw all or part of military equipment from the kingdom. Third, stoking old legal and political files to provoke and blackmail the kingdom, such as the Khashoggi case and the September 11 attacks. Fourth, enacting so-called NOPEC legislation to withdraw the sovereign immunity of national governments and oil companies complicit in destabilizing oil prices.

In the worst-case scenario, the U.S. tightening will drive Saudi Arabia closer to Russia and China, even out of ploy. Then once Moscow wins its war in Ukraine, Saudi-Russian relations will be enhanced, and its ties with China will evolve into economic goals in line with Vision 2030. Ultimately, Russia and China will gain from this scenario and move in to fill the regional power vacuum.