Barghouti was among the few Palestinians who understood the wrath of having a state under occupation, who was a critical voice of the Oslo Accords of 1993 between the PLO and Israel. 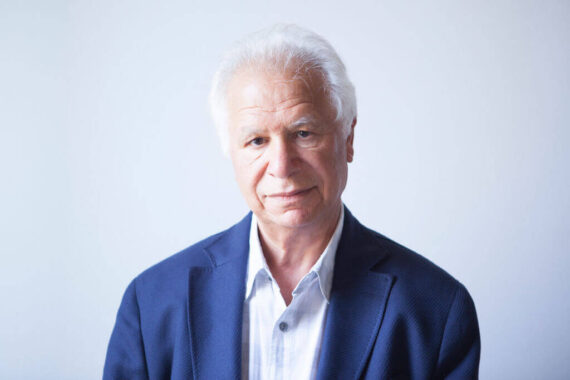 Mourid Barghouti, 77, passed away on February 14, 2021 in the Jordanian capital Amman, after a life-long commitment to literature, politics, and public affairs in the Arab world. Born to a Palestinian family in the West Bank, Barghouti grew up surrounded by his extended family which lives in Deir Ghassana and the nearby villages.

In 1963, Barghouti left Palestine to pursue his undergraduate studies at the University of Cairo in Egypt. As he sat his final exams in his senior year, Israel occupied the West Bank, depriving him of his right to return to his village for the next 30 years.

While studying at Cairo University, Barghouti met Radwa Ashour (d. 2014) who he married in 1970.  Ashour was a well-known Egyptian novelist who left behind a great legacy of novels and literary works. The couple’s only son, Tamim, is a known poet and a professor of political philosophy. During a poetry competition, a literary critic once told Tanim, “You have proven that poetry genes can be inherited through DNA.”

The Barghouti family has a remarkable legacy of literature, politics, and public engagement, which is rare to find in a single family in the Arab world. It all started with the marriage of Radwa and Mourid, a marriage that was characterized by imprisonment, exile, and separation as well as great contributions to literature and politics.

On the eve of signing the Camp David Accords between Egypt and Israel, Barghouti was deported to Lebanon for his critical views of the accords. He spent thirteen years in Budapest representing the Palestine Liberation Organization (PLO), although he kept himself away and refused to join any Palestinian political party. His life in exile sharpened his memory, prompting him to write twelve poetry collections and a couple of autobiographies that were translated into numerous languages.

Barghouti’s return to Palestine, however, inspired him to pen one of his greatest autobiographies, I Saw Ramallah, in which he documented his experience in exile.

Upon his return to the Palestinian territories, Barghouti took a job under the Palestinian Authority, but unable to cope with corruption, he resigned three years later. His return to Palestine, however, inspired him to pen one of his greatest works, I Saw Ramallah, in which he documented his experience in exile.

Travel restrictions, exile, separation, and homesickness shaped the life of Barghouti in many ways. In I Saw Ramallah, he skillfully depicts life in the village of Deir Ghassana near Ramallah, where he grew up as a child, and his 30-year-long life in exile, moving between different capitals. As he phrased it, he learnt to “write with a camera – visual, concrete, no abstract nouns.”

Barghouti cursed borders and travel restrictions, addressing the Allenby Bridge, which connects the West Bank with Jordan, in the same autobiography by saying, “You are no longer than a few meters of wood and 30 years of exile. How was this piece of dark wood able to distance a whole nation from its dreams?” He recounted how he felt when he brought his son Tamim to Palestine for the first time. “Now, as I return Palestine to Tamim, and Tamim to Palestine, I feel I’m surrendering him to the jailer.”

For him, the crossing point controlled by Israel “nullifies the fatherhood of fathers, the motherhood of mothers, the friendship of friends, and the love of lovers.” Upon his return to Ramallah, he found out that many things had changed in his 30 years of exile.

The feeling of being uprooted and not belonging characterized another of his works: I was born there; I was born here. In this Memoir, Barghouti described the feeling of living under occupation. After a long time of waiting, he was able to take his son to his home village in Ramallah, so that he could tell him “I was born here,” showing him a room in his family’s house.

The Palestinian novelist points to the ways Israel uses waiting as a weapon to make Palestinians wait forever for borders to open, for electricity to turn on, for permits to be issued, and for occupation to end. In I Saw Ramallah, Barghouti stresses the fact that Palestinian life has been characterized by uncertainty because of this very waiting. He recounts how Palestinians had to leave Palestine “until things get clearer” and they could return back, but that time never came. How they moved from Jordan, to Lebanon, to Tunisia, to establish a state under occupation “until things get clearer.”

The truth is that Barghouti was among the few Palestinians who understood the wrath of having a state under occupation, who was a critical voice of the Oslo Accords of 1993 between the PLO and Israel – a fact that brought him much trouble.

Just like Palestinian cartoonist Naji al-Ali, who was a close friend of Barghouti, and Edward Said, who wrote the foreword to I Saw Ramallah, describing it as “one of the finest existential accounts of Palestinian displacement,” Barghouti understood well that the Oslo Accords were meant to end any self-determination and statehood aspiration of the Palestinians. In addition to expressing this skillfully in his writings, Barghouti was very critical of the corruption of the PLO leadership.

A life-long Commitment to Freedom

Apart from his involvement in Palestinian politics, Barghouti was known for supporting the uprisings that broke out in the Arab world. His fierce commitment to freedom never changed over time, despite imprisonment, exile, and exclusion.

His voice was always critical, it never faded over the years. Neither did his commitment to literature and his family. Six years after the departure of his wife, Radwa Ashour, Barghouti’s powerful presence in literature and politics has slipped away.

Perhaps a lesson one can take away from the rich life of Mourid Barghouti and Radwa Ashour is that commitment to a cause, even though it might bring many troubles, gives life a purpose. After 77 years, much of which were spent in exile, Barghouti departed us so that he could see Ramallah from above – without Israeli travel restrictions and checkpoints.