Ship Attacks in the Persian Gulf: Another Manifestation of an Iranian-Israeli Proxy War?

Will the ongoing 'ships war' between Iran and Israel escalate?

The Panamanian-flagged Klos-C is escorted into the southern Israeli port of Eilat by Israeli warships on March 8, 2014 after it was intercepted by the Israeli navy with the military saying it was carrying advanced rockets from Iran to Gaza. Photo by JACK GUEZ/AFP via Getty Images.

The Iran-Israel conflict has its own identity that goes beyond the geopolitical considerations of the Middle East. The Iran-Israel dispute is more ideological; that is, this confrontation has nothing to do with the national interests of the two countries or the will of public opinion. Israel and Iran were the only Middle Eastern countries to support and celebrate Saddam’s overthrow – Iran even more so than Israel.

U.S. foreign policy in this part of the Middle East seems to have two main goals: to ensure Israel’s security, and to control the flow of oil while continuing to export it to international markets from the Gulf region. In terms of achieving the desired goals, the most outstanding U.S. foreign policy priorities are confronting the threats that face Israel’s security, protecting the political positions of the Gulf countries, and preventing the Islamic Republic of Iran from influencing the political tensions in the region.

In approximately the last fifty years, Iran has been confronting Israel on the war it is waging against the Palestinians. In fact, Iran directed threats against Israel in the event the latter attacks the Islamic Republic. In 2013, Khamenei threatened to demolish Israel by saying, “We will raze Tel Aviv and Haifa.” Iran’s ability to move and establish proxies, miles away from its border is considered a successful endeavor.

In September 2019, the Islamic Revolutionary Guard Corps (IRGC) deputy commander of operations made a warning, stating that any attempt to wage war in the region would turn against the ones who started it. He threatened Israel that if it took the wrong step, it would have to face serious consequences to the extent that it would have to “collect bits and pieces of Tel Aviv from the lower depths of the Mediterranean Sea.” 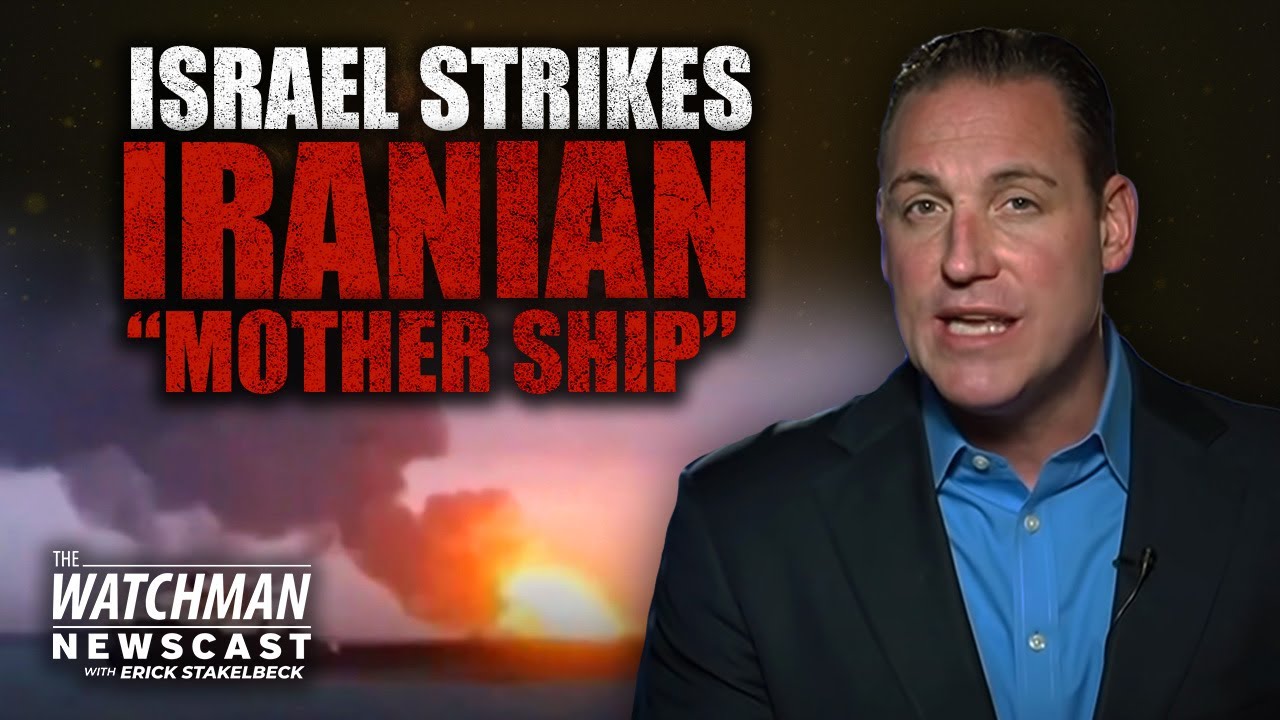 On the other hand, Israeli Prime Minister Netanyahu in a speech in July 2019, with an F-35 warplane in the background, stated that Israel was being threatened by Iran. He continued to say that Iran should not forget that the planes behind him could reach every corner in the Middle East, including Iran and Syria.

The role of energy diplomacy in the foreign policy of China, Russia, and the United States towards the Middle East is becoming more prominent. In recent months, attacks on tankers in the Strait of Hormuz have pushed the issue of energy security to the headlines of the world media. Citing the opening of a new front between Iran and Israel, quoting U.S. and regional officials, the Wall Street Journal reported that since late in the winter of 2019, Israel had targeted at least 12 ships bound for Syria, most of them carrying Iranian oil. According to the report, U.S. officials said that in some of these naval attacks, Israel had also targeted arms sent by the Islamic Republic of Iran to the region.

The Israeli military generally refused to deny or confirm any links to such overseas operations, including the numerous attacks on Iranian-owned bases in Syria.

Iranian officials have previously reported several of these attacks and attributed them to Israel. According to the newspaper report, six of these attacks took place in 2020. The report noted that no Iranian ships were sunk because of the attacks, some of which were carried out by limpet mines, but that the blasts forced at least two ships to return to Iranian ports, delaying the delivery of fuel to Syria.

Israeli media reported that the attack on an Iranian ship in the Red Sea coincided with the resumption of talks on reviving the 2015 nuclear deal with Iran, raising concerns about a wider conflict between the two sides. On April 7, 2021 Iranian officials confirmed that an explosion took place on one of their ships off the coast of Djibouti and added that the cause of the explosion was under investigation. No one was killed or injured in the blast, they said.

The Israeli government and military sources did not comment on the incident. The Israeli military generally refused to deny or confirm any links to such overseas operations, including the numerous attacks on Iranian-owned bases in Syria. Analysts say the move could escalate tensions between the Israeli and Iranian navies.

Israeli Prime Minister Benjamin Netanyahu and Defense Minister Benny Gantz warned Iranian proxy groups on August 11, 2020 that they would pay a heavy price if they did not stop firing balloons containing explosives and incendiary devices. He said “95% of these threats come from Iran,” including from proxy groups in Lebanon and Gaza, and that Iran “also threatens Israel with nuclear weapons and ballistic missiles.”

Gantz also warned that if the balloons were not stopped, Israel would react with “power.” According to the Israeli newspaper The Jerusalem Post, in recent days there have been reports of dozens of fires in Israel due to the launch of balloons containing explosives and incendiary devices from Gaza. In addition, on his Persian Twitter account, Netanyahu wrote, “The Iranian regime is threatening us with nuclear weapons, precision-guided missiles and inaccurate rockets by its proxy forces in Lebanon, Gaza and elsewhere.”

For the first time in November 2017, the public relations of the Saudi-led military coalition unveiled images and documents of the IRGC navy using a cargo ship as a naval base and a radio and electronic spy center, including images of the ship. The footage revealed the presence of IRGC naval personnel in military uniforms on board, the presence of IRGC naval remote-controlled boats and high-speed rocket launchers, and evidence of using the ship to send weapons to Yemen.

Many observers point to Syria’s strategic importance as it is Iran’s only serious and reliable ally in the region and even in the international community. In addition to its facilitating role in Iran’s relations with the Arab world (before the start of the Syrian popular uprising in 2011), Damascus has always served as a secure means of communication for the Islamic Republic, both militarily and politically. In this regard, it can be said that Syria is the cornerstone of Iran’s strategic depth and its launching pad in terms of exerting influence in the Middle East.

At the same time, however, such a “realistic” argument illustrates Tehran’s relative inflexibility in replacing Assad with even a like-minded figure – a development that could have ended or at least eased the Syrian civil war. In recent years, Iranian officials have variously resisted the proposal to oust Assad from power as a “precondition” for peace talks, the need to form a transitional government, and to hold general elections in which Bashar al-Assad is also present. They have emphasized their indispensable role in determining the future of Syria.

Read: How Iran is Investing in Shi’ism in the Name of Soft Power

As regional tensions escalate through Iranian-backed groups and repeated violations of the Nuclear Non-Proliferation Treaty (NPT), intelligence assessments suggest that the country is likely to target Israel in 2021 through its proxy groups in Syria and Lebanon. Hezbollah in Lebanon, a militant group backed by Iran, has hundreds of thousands of missiles, said Benny Gantz. He provided Fox News with classified maps of Lebanese Hezbollah missile depots, including in many civilian residential areas along the Israeli border.

According to Fox News, the annual report of the Israeli Defense Forces (IDF) shows that the country is preparing for a multiday war with Hezbollah in Lebanon. Israeli domestic media have reported that in the event of war, 3,000 positions in Lebanon will be targeted every day and 300 Hezbollah fighters will be killed. According to Fox News, Israel appears to be attacking Iranian-backed groups in Syria.

Israel’s security concerns and the differences and conflicting interests of Iran and Israel will mean the differences between the two countries will continue. Iran’s new agreement with the P5+1 group will encourage Saudi Arabia to improve relations with Israel and form a new coalition to counter Iran’s political influence in the region. The use of proxy groups is one of Iran’s effective foreign policy tools, and it is natural that Iran’s relations with Hezbollah and Iran’s support for the group are important and influential for Lebanon’s political future, as well as Hezbollah’s military and security policy against Israel.

Regardless of Iran’s negotiations with the P5+1, Iran should not be expected to relinquish its full support for proxy groups. Iran’s costly political influence in Iraq, Lebanon, and other countries in the region will prevent it from relinquishing its political influence.

If security is not provided in the Strait of Hormuz, the countries of the region will not be able to supply oil and gas to the consumer market. Iran will need to sell and export more oil in the market after the next nuclear agreement. Insecurity in the Strait of Hormuz will prevent Iran from exporting more oil. Iran’s continued support for Hezbollah and other regional groups that pose a threat to Israel’s security could increase tensions in the region. Any possible attack by proxy groups on Israeli interests in the region could provoke a strong Israeli reaction.

Progress in Iran’s nuclear program and the continuation of Iran’s missile program pose threats to Israel’s security, and Israel will closely monitor Iran’s movements in this regard. In order to reach a new agreement, Iran may want to review the manner and level of support for its proxy groups for a short period of time or limit the nuclear and missile program and not increase the range of new missiles. We should not expect these situations to be permanent. Iran’s missile program has cost the Iranian economy dearly, and Iran will not simply ignore these ship attacks and the U.S.-Iran nuclear talks. 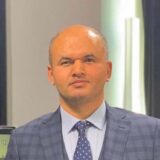 Omid Shokri is a Washington-based, senior energy diplomacy and energy security analyst. He is an analyst at the geopolitical risk consulting firm Gulf State Analytics (GSA), and currently serves as a visiting research scholar at George Mason University’s Schar School of Policy and Government. Shorki is the author of the forthcoming book US Energy Diplomacy in the Caspian Sea Basin: Changing Trends Since 2001. Follow him at @ushukrik and https://uskenergy.com/.

Also Read
Political Shiism and State-Building in Iraq: An Interview with Ali Taher El-Hammood
We use cookies to optimize your online user experience. To learn about our use of cookies and how you can manage your cookie settings, please see our Privacy Policy. By continuing to use our site you are excepting our use of cookies.Accept Cookies & CloseMore Info