Will the Beirut Port explosion, in retrospect, be the Chernobyl of the ever-entrenched Lebanese sectarian system? 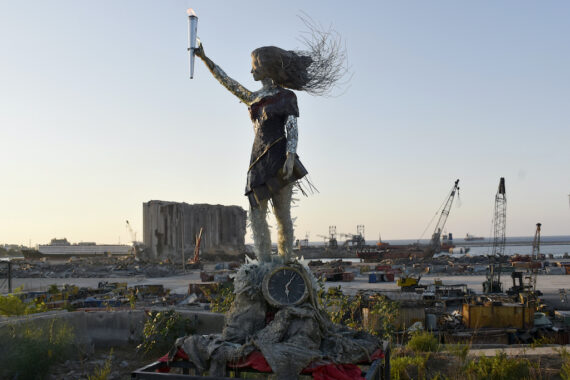 A torch lit on the hand of a symbolic sculpture is seen after protesters gather at Martyrs' Square to march towards Beirut Port where a massive explosion took place on August 4, 2020. Photo by Mahmut Geldi, Anadolu Images

One hundred fifty-three days have passed since the port of Beirut blew up destroying one third of the Lebanese capital, leaving over 200 people dead and a tally of around 3000 injured. Since the largest non-nuclear explosion in the history of mankind, only 25 middle and lower-tier Lebanese-officials in connection with the ammonium nitrate—that caused the explosion—were arrested while three others that should be, are outside the country.

Yet, the chief of Lebanon’s customs agency, Badri Daher, remains the “most senior” Lebanese official to be held in custody thus far.

This has left Lebanese citizens in addition to officials and observers from around the world perplexed and in shock. Their confusion is justified. In fact, existing government records show at least 2 presidents of the republic, 4 prime ministers, 2 commanders of the Lebanese army and dozens between ministers and senior security officials with knowledge of the 2,750 tons of explosives-grade ammonium nitrate stored at the port since late 2013.

Hence, this raises imminent questions around “why haven’t any big heads rolled” and “who are the perpetrators”?

While there could be a myriad of multi-layered answers for this question, the complexity of the situation does not strip it from a straightforwardness it inhabits. In theory, a vector connects the massive explosion of August 4 and the “Lebanese sectarian system,” rendering it responsible for what went down on that day.

More so, the intricacies of this “system,” which came alive in 1943 through an unwritten agreement called the “National Pact,” will also explain the grim chances the process of justice and accountability possess in the short to medium term. 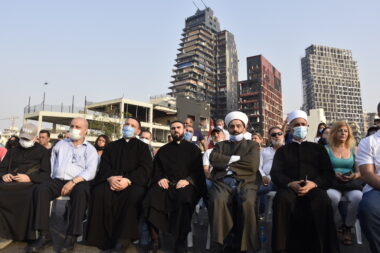 Lebanese people take part in a ceremony to commemorate the victims of massive blasts at the Port of Beirut, on September 4, 2020 in Beirut, Lebanon. Photo by Mahmut Geldi, Anadolu Images

At first, the accusation will sound odd for outsiders, especially that such an unfortunate event should reasonably capture the fingerprints of the perpetrators (individuals) instead of anonymizing them.

But the precedent is there; the April 1986 Chernobyl disaster near the city of Pripyat in the north of the Ukrainian Soviet Socialist Republic allows for a fair comparison with the case in Beirut.

The Harvard historian Serhii Plokhy’s 2018 book on Chernobyl reconstructs the sequence of events and assigns blame. In effect, Plokhy argues, it was the “Soviet system” that created Chernobyl and made the explosion inevitable. More so, glimmers of this understanding appeared in the HBO Chernobyl series, too.

In the final episode, Valery Legasov—a member of the Academy of Sciences—testifying as a witness, tells a Soviet court that the disaster happened because the tips of the control rods were made of graphite, which sped up the reaction, when the control rod was supposed to slow it down.

When asked, by the prosecutor, why the reactor was designed this way, Legasov cites the same reason that other safety precautions are ignored, and other corners are cut: “It’s cheaper.” He seems to be damning the whole “system.”

In Lebanon, the most solid theory thus far is that the sectarian system’s “criminal negligence” has led to the explosion on August 4 and that is punishable under criminal law as “persons who fail to care in order to avoid harming other individuals while being aware that their action or behavior could possibly lead to the injury or death of a victim or victims.”

In fact, this system has been creating a series of sequenced crises and political turmoil which shaped the power sharing arrangement within the different communal groups and overshadowed the nascent state.

Hence, it only evolved over the last 77 years while functioning on those two tandems: creating crises and further entrenchment. This vicious cycle has worked in its favor and that of its stakeholders, allowing them to control every aspect of politics, the economy and the society in Lebanon while proven resilient to break. 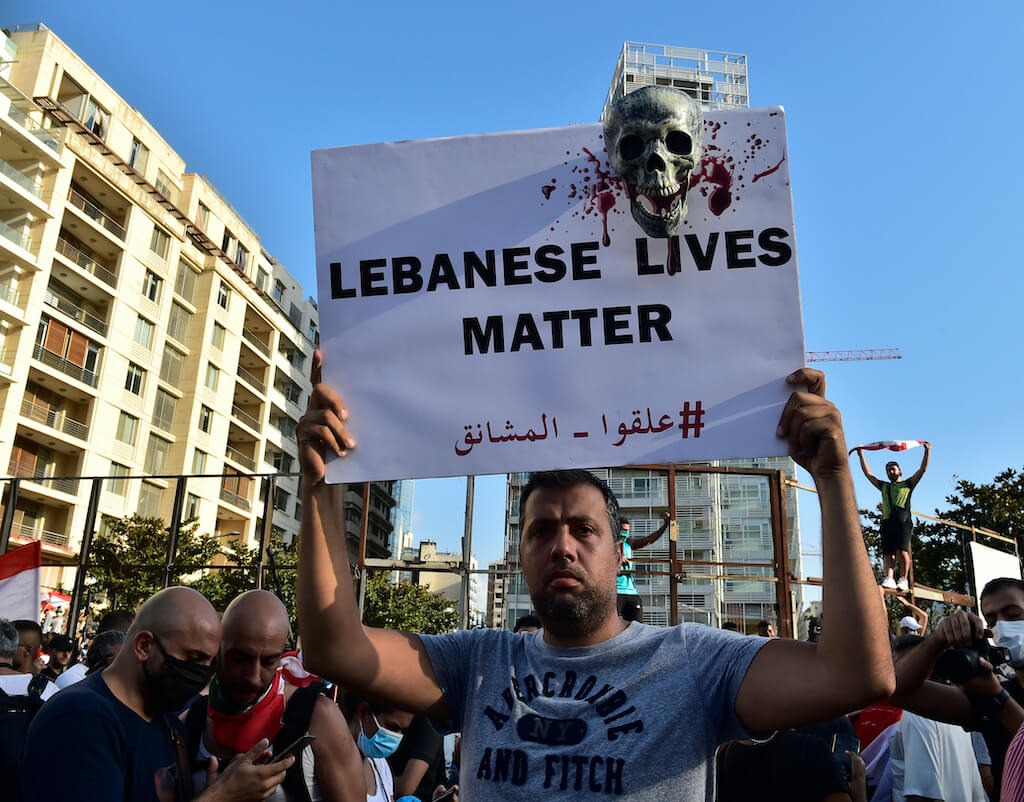 Demonstrators shouted slogans against Lebanese President Michel Aoun and other officials, the sectarian-based regime, preserve the existence of political groups who shared the administration for many years on August 08, 2020. Photo by Houssam Shbaro, Anadolu Images

Today, the sectarian system in Lebanon has managed to dodge the most dangerous bullet aimed at it in the massive nationwide protests that rocked Lebanon starting October 17, 2019.

Since the independence in 1943, the sectarian political system has created social unrest in 1952 which ousted a sitting president, the 1958 sectarian-driven crisis (a mini-Civil war), followed by a 15 year sectarian civil war (1975-1990), a massive rift in society following the assassination of ex-Prime Minister Rafic Hariri in 2005 which had sectarian underpinnings (and a civil war by other means), another sectarian mini-civil war in May 2008 which resulted in a revamped social contract (the Doha Agreement) also based on sectarian grounds, and military intervention in the Syrian conflict spearheaded by a sectarian militia for sectarian interest, years of political vacuum, lastly to be topped by a nuclear-like explosion in the capital and a complete economic meltdown as the country nears bankruptcy.

Today, this sectarian system in Lebanon has managed to dodge the most dangerous bullet aimed at it in the massive nationwide protests that rocked Lebanon starting October 17, 2019, unprecedented in scope and with a political narrative that denounced all sectarian leaders and the system itself.

While the protest movement posed a real threat to the sectarian ruling class, the “system” again capitalized on crises to re-enforce itself and roll back the sense of solidarity that brought Lebanese citizens together transcending sectarian fault-lines, the antidote of the sectarian system in place.

From the COVID-19 pandemic to the August 4 explosion and the economic meltdown, different sectarian stakeholders are attempting to further marginalize the state’s institutions and fan the flames of sectarianism—for instance, through quite random sectarian clashes in certain hotspots—to put the genie back in the bottle.

Additionally, despite the massive differences between the sectarian leaders at a time when the country is living its most severe crisis in contemporary history, they look after each other and work on maintaining the status quo, which preserves their interests.

Meanwhile, a class war has been launched by the sectarian leaders on the majority of Lebanese citizens (average Joes), in order to make them unilaterally bear the burdens of the economic meltdown the regime has created.

This war is manifesting itself in different ways, first by shunning any prospects of much needed reform of a system built on sectarian loyalties, nepotism and clientelism rather than meritocracy.

A complete obstruction of any investigation that could assign the blame on individuals and hold them accountable, whether for the economic Ponzi-scheme engineered to rob Lebanese of their life savings or the explosion of August 4th.

And lastly, an undergoing “lirafication” process of all the dollar accounts in Lebanese banks at a time when the Lebanese Lira is losing its worth at a record speed and dollar bills have become as rare of a sighting as Halley’s Comet.

A clear-cut example of how the sectarian system functions is the recent efforts by sectarian leaders, including the clergy of different sects, to block a Lebanese judge in charge of the investigation from questioning senior officials, much less holding them to account.

Even though the schism between the sectarian leaders is widening, their interest-driven politics has forced them to work together to ensure no one is held accountable. This vicious cycle keeps bringing the same faces to power despite the need for reform and change.

Therefore, this system in its current dynamics is irreformable and sectarianism will continue to reign supreme blocking any attempt for much needed reform or the creation of a Lebanese citizenship that can possibly short-circuit the system and put it on a path of change.

Even when the leaders of the country miserably failed to deal with a global pandemic inflicting irreversible damage to an ailing economy because of their mismanagement, they do not have to worry about any form of accountability because “the system” protects them and rids them of any responsibility.

In her article, “Lebanon: The 3-Decade Impossible Power Sector Reforms,” Lebanese energy consultant, Jessica Obeid, discusses the electricity sector as a case in point of the ridiculousness of the system, its inability to reform and the impunity sectarianism provides you with.

While the country has defaulted on its debt for the first time in its history, because of different political, economic, and fiscal crises, the same party that has controlled the Ministry of Energy for the past decade racking up more than $39.5 billion to the public debt—equivalent to 43% of the country’s public debt, it still insists on controlling the ministry in any future government to be formed under the banner of “protecting the rights of [a] sect.” Meanwhile, the country anxiously awaits possible extended periods of darkness in 2021 due to the chronic corruption and mismanagement.

VIDEO: How a young woman survived the Beirut blast

Lastly, while the protest movement of October 17 might have subsided and failed to an extent to put enough pressure on the sectarian system in order to break the aforementioned “vicious cycle” and enforce much needed reform, the upside is that it resulted in a “cultural shift” creating an extremely critical and young public opinion that refuses to go back to the pre-October 2019 era.

While several “Lebanon-s” exist today, the struggle seems to be spearheaded by a relatively young and educated middle class that is attempting to instill a culture of accountability and citizenship where sectarian-belonging becomes secondary.

The “all means all” slogan first raised in 2015 against the sectarian system in Lebanon continues to rein today among the young activists and clearly reflects the intentions of those changemaking-hopefuls in bringing down the sectarian system, at the heart of the country’s chronic failures.

On the 20th anniversary of the Chernobyl explosion, the last Soviet President, Mikhael Gorbachev, said that “[T]he nuclear meltdown at Chernobyl, even more than my launch of perestroika, was perhaps the real cause of the collapse of the Soviet Union five years later.

Indeed, the Chernobyl catastrophe was an historic turning point: there was the era before the disaster, and there is the very different era that has followed.” Hence, will the Beirut Port explosion, in retrospect, be the Chernobyl of the ever-entrenched Lebanese sectarian system? 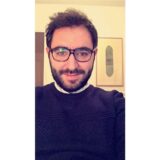