Evangelical communities are booming across Latin America. Today 20% of Latin Americans identify themselves as evangelicals and the marriage between politics and evangelicalism is more than simply convenient. 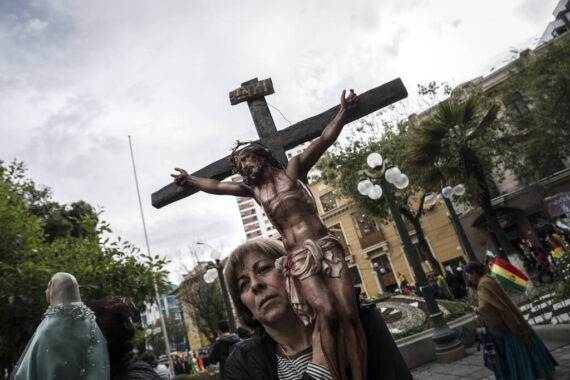 Thousands of people from the opposition celebrate after President of Bolivia Evo Morales announced his resignation in La Paz, Bolivia on November 10, 2019. Photo by Marcelo Perez Del Carpio, Anadolu Images

Evangelical communities are booming across Latin America. Where only 4% of Latin Americans identified as evangelicals in the 1970s, today that number is closer to 20%. In this context, the marriage between politics and evangelicalism is more than simply convenient.

“We do not intend to politicize Christianity, but to Christianize politics.” These are the oft-repeated words of Darío Silva, the founder of Casa Sobre la Roca, one of the largest evangelical congregations in Colombia, with over 50,000 members. It is no secret that for several Colombian politicians, receiving Silva’s public support has translated into thousands of votes in electoral districts across the country.

But Silva is not the only evangelical pastor skipping stones across Latin America’s political waters. From Catholic-majority Mexico to Argentina, the growing evangelical vote goes mostly to conservative right and the ultra-right. In Brazil where evangelicals now make up about 30% of the over 200 million population, at least 61% voted for ultra-right candidates including current president Jair Bolsonaro. Bolsonaro, a Catholic himself, has expertly surfed the evangelical wave forging strong relationships with evangelicals.

His wife and child are both evangelicals, and he himself went as far as to be baptized by evangelical rite in the Jordan River in 2016. Bolsonaro was only able to win such a considerable portion of the Brazilian electorate, including the evangelical vote, due to his conservative stances against abortion, the legalization of drugs, and the exclusion of minorities.

But how did the alliance between politics and evangelicalism come about? Are politicians approaching evangelical communities to gain votes? Or are evangelical leaders seeking out politicians to gain power? This symbiotic collusion between power and faith seems like a very convenient marriage after all.

Like most Colombians, former president of Colombia, Alvaro Uribe, is Roman Catholic. And yet, the still-politically significant Uribe, has made multiple visits to evangelical temples and participated publicly in evangelical ceremonies like an ordinary parishioner.

Could the millions of votes of the evangelical community in Colombia deliver some miracles?

Evangelicals described him as a close friend of the leading pastors of major congregations with more than 200,000 members. Uribe is accused by an important portion of the Colombian civil society of multiple corruption scandals and of massacres against civilians which he claimed was part of a plan against subversive guerrillas, with no effective legal action taken against him until now.

The biblical account of Jesus Christ’s life tells the story of a revolutionary against the status quo of his time, someone who saw in the oppressed an opportunity to serve, and the possibility of redemption. It would only make sense that politicians and religious figures claiming to follow Jesus’ path would likewise seek to serve the poor and the downtrodden.

But many prominent Latin American evangelicals do not seem concerned with serving the people. A prime example is Jimmy Morales, Guatemala´s former president who left office in 2020 with the country overrun by corruption and scandals that included members of his own family. His most damning legacy, however, may be the impunity he granted to military commanders accused of crimes against their own people.

Despite historical antagonism between Catholics and Jews in Latin America, the Messianic belief that the Second Coming is only possible once Palestine falls under Jewish control drives evangelical political support for Israel.

Many Guatemalans are disillusioned by influential evangelicals-cum-politicians like Morales, who rather than Jesus’ gospel, seem to protect and spread corruption.

Another notable facet of evangelical politics in Latin America is unwavering political support for Zionism. Though many devout Christians would object to the occupation and ethnic cleansing of any people, the seeds of Zionism have flourished in the new Latin American religious movements as they maneuver for political power.

Despite historical antagonism and even anti-Semitism between Catholics and Jews in Latin America as in Europe, the Messianic belief that the Second Coming is only possible once Palestine falls under Jewish control that seems to drive evangelical political support for Israel.

The evangelical conviction that the return of the Messiah will lead to the death or conversion of every non-believer is, however, politically insignificant to the Zionist state, which has welcomed the establishment of Latin American diplomatic missions in recent years.

The separation between Church and State enshrined in Latin American constitutions seems to be eroding as prominently evangelical figures gain greater political power. After the coup against president-elect Evo Morales in 2019, Bolivian politician Jeanine Añez entered the Bolivian presidential palace with a Bible in her hands declaring that “The Bible comes back to Palace.” As the case of Guatemala shows, theocracy, once a foreign concept in Latin America, seems to have become less abstract.

The other defining feature of the alliance between evangelical leaders and politicians in Latin America is of course, money. Churches and religious organizations are tax-exempt in Latin America. There is no way of accurately establishing how much these Christian organizations make yet estimates suggest that in 2015 they made about one billion dollars in Colombia alone.  Popular pastors are also known to be extremely wealthy as is the industry of religion, which has been built around them.

Average churchgoers are expected to give at least one tenth of their gross income to the organization. In light of COVID-19 restrictions on congregations, pastors have successfully shifted to electronic channels for tithes and donations. In addition to votes, it seems that politicians also receive monetary support from congregations. The fiscal crisis has forced analysts to reevaluate the wealth of these organizations as a source of potential tax revenue despite the inevitable backlash such measures would cause. A rich Jesus Christ piling up untaxed huge amounts of coins is something we have not heard of, unlike what these Evangelical organizations do.

The role of evangelicals will play in Latin American politics is still unclear especially with the ongoing pandemic and recession. New challenges arise in Latin America, perhaps the most critical in the recent history of the continent. Could the joint venture of traditional politicians and evangelical leaders be able to understand these changes? Maybe it’s about time they try to find answers to the question: What would Jesus do? 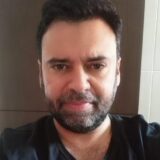