Dr. Mahathir Mohamad, the prime minister of Malaysia, stated that “there is a need for the U.S. President Donald Trump to be consistent, including over policy matters on Asia.” 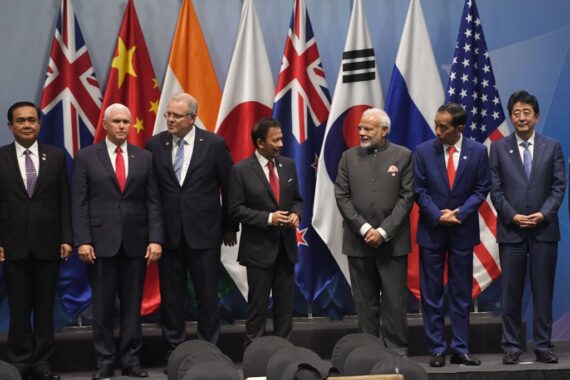 The relationship between the U.S. and Southeast Asian Association of Nations (ASEAN) is crucially interconnected within mutual interests. However, the Trump administration has failed to meet the expected sustainable and consultable ASEAN policies.

The U.S. government’s majorly contributive move towards supporting ASEAN perspectives is based on two distinct policies, which involve security and economic policies as observed in territorial disputes in the South China Sea and the formation of the Trans Pacific Partnership Agreement (TPPA) during the Obama era. Hence, the Trump administration has contradicted the U.S.’s existing role for being inconsistent by encouraging irrelevant narratives due to certain fundamental principles.

On the other hand, how ASEAN member states perceive the above-mentioned approach gives some insights about the current relationship. For instance, known as a robust character and strong statesman, Dr. Mahathir Mohamad, the prime minister of Malaysia, stated that “there is a need for the U.S. President Donald Trump to be consistent, including over policy matters on Asia.”

Among the member states, countries such as Singapore, the Philippines, Malaysia, and Indonesia have comparatively felt disaffected more than other by countries by the changing characteristics and uncertainties of U.S. policy. This is quite understandable when considering the divisions between member states and their relationships with the U.S. and China.

Dr. Mahathir Mohamad, the prime minister of Malaysia, stated that “there is a need for the U.S. President Donald Trump to be consistent, including over policy matters on Asia.”

During the Obama era, the U.S. was leading its relationship with ASEAN in a determined policy known as a ‘pivot to Asia.’ This policy aimed at re-structuring security and economic policies by supporting each other, while preferring mainly the advancement of economic relationships. Obama himself engaged significantly with member states with his official state visits, and he also attended ASEAN summits as well.

In contrast to Obama, Trump’s ASEAN policy is surrounded on narratives of his ‘America first’ agenda and protectionism as a mainstream policy. In fact, no surprise should come out of this contradiction considering his administration had delivered initial signals on how he would construct, in essential, trade-based relations with ASEAN before his presidential victory in 2016.

There is no doubt that, at least in certain terms, Trump’s policy of U.S.-economy victimization is labeled as a deconstruction process flapped out of a well-established relationship during the Obama era. Indeed, Trump called for punishment to be applied to certain countries including some member states of ASEAN, which are responsible for contributing to the trade deficit that put the U.S. at a disadvantage.

In this regard, Trump’s absence on the 33rd ASEAN Summit held in Singapore on 11-15 November meant an isolation from exchanging ASEAN interest where leaders of major regional and global powers such as Japan, South Korea, Russia, Australia, New Zealand, India, and China took part.

In contrast to Obama, Trump’s ASEAN policy is surrounded on narratives of his ‘America first’ agenda and protectionism as a mainstream policy.

Although U.S. Vice-President Mike Pence represented the U.S. government, his discourse and statements during the meetings with various leaders were far from rebuilding a constructive relationship with ASEAN.

Pence re-iterated the importance of U.S. security policy of the Asia-Pacific region, while stressing that “empire and aggression have no place in the Indo-Pacific.” With this obviously Pence was referring to China and North Korea and security issues related to the South China Sea and North Korea nuclear issue, which are still considered as potential threats to the interest of the U.S. and its allies in the Asia-Pacific region.

As is known, the U.S. has a special approbation to the free access of the sea ways, which connects regional allies bound to energy sources in the Middle East and global commercial activities connecting the Indian Ocean and the Pacific region.

As seen in the above-mentioned statement of Pence, the U.S. has deprived from a multiple approach in its engagement with ASEAN. And no doubt that Pence clearly did not cater the expectations of ASEAN in the context of improvement of the economic relationship, which in fact was considered extremely essential during the current global economic recession.

Due to these uncertainties, ASEAN leaders do not have any predictable hope of boosting the relationship with the U.S., in particular, pertaining to engagement and improvement in trade and investment opportunities the region offers.

Though the U.S. administration merely focuses on security issues, it is too difficult to gain the upper hand in competition with China without cementing economic relationships and gaining engagement with and popular support of ASEAN people.

In addition, ASEAN has been re-structuring economic connectivity among the member states and strategic partners on the basis of bilateral treaties for further advancement since the establishment of ASEAN Economic Community (AEC) commencing from the end of 2015.

It is quite clear that the U.S. under Trump’s presidency does not have any significant tendency for a combination of multiple policies with ASEAN, even after the mid-term elections, which resulted in the Democratic upper-hand in Congress. The upcoming few years of Trump’s administration will be tested as to whether it will re-evaluate its relationship with ASEAN or not.