At the current point, the bridge between Brussels and Ankara isn’t functioning well for both sides, as it did before; because a lot of water has really passed under the bridge. It’s not a giving that Erdoğan will do it, but if he lets the Turkish people decide on EU membership, even the famous “anchor” won’t survive, let alone the aim to become a member. 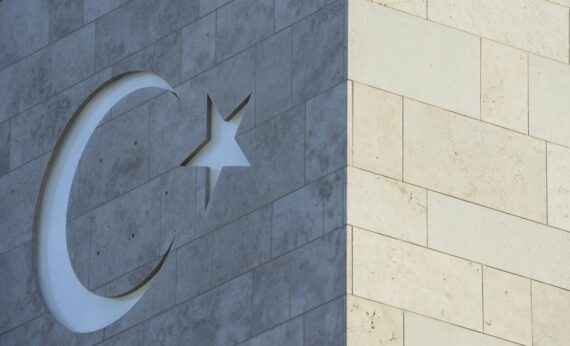 Even though relations between Turkey and the EU, which began in 1963, show differences over time, the never-changing fact is that both parties are not fond of each other. If there has to be unity, Turkey subconsciously believes that this has to be on Turkey’s terms, not Europe’s. The European subconscious, which has been shaped by a common history and by the civilization this implies, on the other hand, never desired Turkey to be a part of its union or have a say in its matters.

Middle EastBy Silan Cecen
Globalization followed the secularization process, yet both parties, especially Europe, did not experience any substantial shift in their views about each other. The contrary would have been expected from a world which has been encompassed by liberal capitalism, being shaped by consumer societies and becoming uniform in fields ranging from architecture to lifestyle for the last three decades. However, it didn’t happen. Maybe it’s for the better, as diversity brings with it a cultural richness.The subconscious emerged to the conscious when Paris dropped the act in the mid-2000s and spoke plainly. While this process was named and formed differently among different EU member countries, it meant the same thing: Turkey should never become a full member, yet it shouldn’t stray too far from EU. In other words, if Turkey was a vessel, it had to anchor itself at the EU port.

Turkey should never become a full member, yet it shouldn’t stray too far from EU. In other words, if Turkey was a vessel, it had to anchor itself at the EU port.

Despite these facts, it is obvious that Turkey had been passionate, strenuous, and patient about achieving full membership, until very recently. Just like the Westernization efforts and policies of the Ottomans in their last two centuries, the accession to the EU became somewhat a state policy for Turkey. Even though Mustafa Kemal Atatürk had implemented laws which were borrowed from France, Switzerland and Italy, his Kemalist followers and their party, the Republican People’s Party (CHP), resisted the necessary regulations for full membership for decades. The supporters of the Kemalist ideology, who didn’t have any issue with complying with Europe’s legal system in 1930s, came up with many “Turkish exceptions” until the turn of the millennium, just to conserve some extra acquis. Seemingly contradictory, the Justice and Development Party (AK Party), even though it represented conservative Muslims, was more enthusiastic about becoming a full member of the EU, as for both the party administration and their voter base, EU membership was synonymous with the hope of having a more democratic country.

40 years after applying to the European Economic Community, Turkey finally gained the status of candidate country to EU in 1999. In a country where the Necmettin Erbakan government was recently deposed by the military and there was an economic crisis, the reforms which started with the Bülent Ecevit government in order to comply with the Copenhagen criteria were accelerated during the AK Party rule. Erdoğan wanted to exact these changes; not because of pressure from the IMF, the US, EU or the international community, but out of sincerity. Erdoğan was incarcerated for 4 months due to a poem he read and, thus, couldn’t become an MP. When he was invited to the Elysee Palace by French President Jacques Chirac as the chair of the ruling party, Erdoğan had expressed his thoughts and aims clearly. Catherine Colonna, the presidential spokesperson at the time who later became the EU Minister of the socialist government, didn’t even try to hide her bewilderment: “This is the first time I see such a Turkish politician. He told Chirac that he wanted to provide all democratic and human rights to the Turkish people, just like France did; however, he added that if we wouldn’t support him in EU accession, he would create an Ankara criteria and move on, leaving the Copenhagen criteria aside.” Then, Erdoğan was elected as an MP, became the Prime Minister and accelerated all reforms to comply with the Copenhagen criteria, along with abolishing the death penalty.

The Justice and Development Party (AK Party), even though it represented conservative Muslims, was more enthusiastic about becoming a full member of the EU.

After heated discussions, the EU decided to start membership negotiations with Turkey in December 2005. However, to Turkey’s surprise, the EU’s policies and political discourse shifted simultaneously with this decision. Those who were once stating that there weren’t any obstacles for a democratic Turkey which respected human rights, adopted a contrarian position. Even France, which supported Turkey during the country’s far less democratic years, implemented legislation which allowed countries to become an EU member after a referendum. After Chirac, a group of MPs from Nicolas Sarkozy’s party pushed a constitutional reform at the National Assembly which targeted Turkey’s membership. The article was like a general knowledge quiz: “For admitting countries which have a population more than the 5% of Europe into membership a referendum is a must.” Without mentioning its name, Turkey was almost included into the French Constitution! The Senate rejected the draft. If it weren’t so, it would have been a ridiculous situation for France. However, even though the admittance of new countries to the EU is not decided by referendum according to the French constitution, during his visit to Turkey in 2014, President François Hollande reiterated that the probable membership of Turkey would be put to the people; thus, a referendum would be held.

Of course, all of these discussions had a negative effect on both Ankara and the Turkish public. The number of people believing the EU will never admit Turkey as a member increases with each new development, and they wouldn’t be wrong to think so. Then, there was an unthinkable development in 2009, especially for the ones who knew the Turkey of the 1990s. Erdoğan stepped forward with the wide support of the public to achieve social peace by resolving one of the most important issues in the history of the republic. Despite the opposition from the CHP and Nationalist Movement Party (MHP), along with other efforts to thwart Erdogan both from within and outside of the country, the AK Party started to negotiate with the PKK to resolve the Kurdish Problem which had already cost the lives of 40,000 people. This initiative was expected to resonate with the EU, even though it wasn’t done for the sake of full membership. It didn’t happen. Regardless, Erdoğan continued to tear down taboos in Turkey.

Without mentioning its name, Turkey was almost included into the French Constitution!

He extended his condolences for the 1915 events, unlike previous Turkish prime ministers who claimed that Turks didn’t kill any Armenians, but that they themselves were instead slaughtered by Armenians. Moreover, Erdoğan called for the formation of an international commission which would investigate the events that took place in 1915, dubbed as a “genocide” in Turkey perpetrated by a powerful majority, and he stated that he would respect the decision of this commission. Europe chose to resist Turkey’s membership more fiercely despite the unexpected developments. France disallowed the opening of five chapters that needed to be addressed for the membership process, while eight more chapters weren’t opened due to the Additional Protocol and another six were blocked by the Greek Cypriot Administration. Even though some of these chapters were opened later, only the Science and Research chapter, out of a total of 35 chapters, was resolved, or closed temporarily. In addition, leaving the 14 chapters that were blocked by EU members aside, none of the chapters which were opened after the Science and Research chapter were ever closed, not even temporarily.

Looking at the tempo of the 53 years old relationship, it is impossible to give even an approximate date for Turkey’s membership. Moreover, maybe the EU will cease to exist in an uncertain future. Looking at Brexit and now the discussions in Italy, it is not very possible to think positively about the EU’s future. Besides the extreme right-wing Front National in France being openly against the EU, there is an increasing animosity towards globalization and the bureaucrats in Brussels by the whole political spectrum on the eve of presidential elections in EU co-founder France. The EU has truly become the “tête de turc”, the cause of all problems, in Europe!

If the issue is about money and finance, it should be stressed that Turkey is not wealthier than Europe, yet Turks are sharing their meals with Syrians. They didn’t lose their jobs because of Syrians.

Actually, this process was apparent for a time. Starting with European Coal and Steel Community and followed by the EEC and the EU, this union was a structure which united economies. When the time had come to embark on a project which would unite Europeans, it was all about “common values”. This would be possible through the preparation of a European constitution which based itself on democracy, individual freedoms and human rights. However, this constitution was rejected in EU co-founder France and then in Netherlands by referendum, making it only a dream. The Lisbon Agreement, right from the beginning is inadequate in achieving this unity.

Regarding the current situation, the European Parliament evaluated the developments in Turkey from its own perspective and decided to suspend the negotiations. However, this advisory decision was disregarded by the EU. Why? Do the bureaucrats of Brussels and European governments have a soft spot for Turkey, unlike the European Parliament? Unfortunately, the difference in positions is due to the migration agreement which was signed between Turkey and Brussels. The EU, the champion of human rights, is hesitant because Turkey might abolish the agreement and open the floodgates for 2 million Syrians, comprised of Yazidis, Alevis, Sunnis, Kurds, Arabs and Turkmens. If the issue is about money and finance, it should be stressed that Turkey is not wealthier than Europe, yet Turks are sharing their meals with Syrians. They didn’t lose their jobs because of Syrians.

At the current point, the bridge between Brussels and Ankara isn’t functioning well for both sides, as it did before; because a lot of water has really passed under the bridge. It’s not a giving that Erdoğan will do it, but if he lets the Turkish people decide on EU membership, even the famous “anchor” won’t survive, let alone the aim to become a member.