As presidential elections in 2023 near, migration will continue to remain a hot topic in Turkish politics. 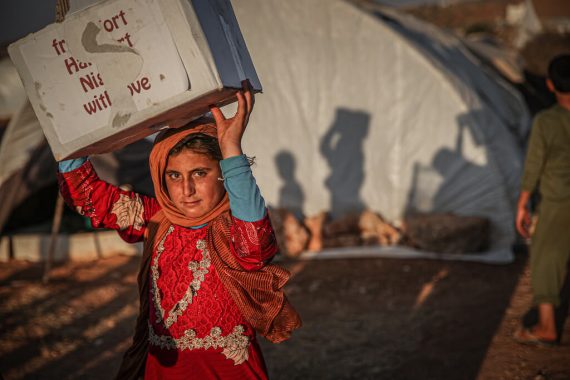 Syrians taking shelter in a camp await for help in Idlib, Syria in June 2021. Photo by Muhammed Said, Anadolu Images.

Recently, the debates in Turkish politics around migrants and refugees have heated. A short film titled Silent Invasion (Sessiz İstila in Turkish) funded by far-right nationalist Victory Party leader Ümit Özdağ, brought the topic to the fore. The film contains polarizing, racist, and exaggerated depictions of Istanbul in 2043 overtaken by Syrians where the Turkish population has become a minority and is oppressed. The film utilizes populist rhetoric urging people to consider migration issues as black-and-white.

The volume of posts circulating on social media that claim to show disorderly behavior by foreigners (mainly Syrian and Afghani refugees) has also increased. These posts amplified in number at a time when the Turkish population has become economically vulnerable due to the economic hardships, primarily the high inflation. Nowadays, the government’s policies for regulating legal and illegal migration are being questioned more frequently.

The arguments surrounding migration escalated in 2021 over refugees from Afghanistan who left their country following the U.S. withdrawal and the Taliban’s immediate takeover. Concerns surrounding Afghani refugees triggered those already existing over Syrians, aggravating calls from the public for stronger border security.

Read: Education in the Shadow of Civil War: Observations from the Ground in Syria

Since the beginning of the Syrian Civil War in 2011, Turkey has hosted a large influx of refugees, a development for which the country was not well prepared. Turkey adopted an open-door policy for people fleeing the conflict, granting them temporary protection status.

The temporary protection regime grants legal residence and access to health care services, education, social assistance, and interpretation. It also provides a safeguard from being sent to Syria against the will of the recipient. Today, the number of refugees in Turkey has reached 4 million, 3.6 million of them Syrian.

The refugee crisis has cost Turkey around 40 billion dollars as it endures high inflation and economic problems. For many migrants, Turkey is a transit point to Europe or other countries in the West. Although the EU pledged 6 billion euros in aid for refugees, it has only provided half of the amount.

As a policy to combat economic problems partially, Turkey facilitated visas, residencies, and acquisition of Turkish citizenship by investment. This piled on to the recent economic frustrations.

Read: The Rise of Hate Speech against Syrian Refugees in Turkey

The Directorate General of Migration Management of Turkey announced a new action plan for the years 2021-2025 that aims to combat irregular migration by seeking to solve migration at the root cause by fortifying national and international cooperation and mechanisms, increasing border security, regulating foreign workforce migration extensively and effectively, conducting processes involving irregular migrants, and fortifying the system in which irregular migrants are sent back to their countries in line with human rights and integration plans.

As of April 2022, the Ministry of Interior reported 21,085 deportations of irregular migrants, the majority comprising Afghani and Pakistani nationals; the capture of 2,254 migrant smugglers; and the prevention of 127,256 irregular entries from the eastern and southern borders since the beginning of 2022. The capacity of removal centers has also been increased to 20,000.

Operations conducted by Turkey in northern Syria to fight terrorism have allowed 497,926 people to return safely and voluntarily to areas that have been securitized. The infrastructure, schools, and hospitals in these areas have been rebuilt allowing for conditions of return. Deputy Interior Minister İsmail Çataklı stated that as a result of such operations 8,000,000 potential migrants have not been forced to leave their country.

Read: The Issues at Stake in Social Integration of Syrian Refugees in Turkey

In February, Turkey restricted additional settlement of refugees in 16 provinces. Furthermore, the Ministry of Interior announced that residency applications are closed to foreigners within local communities where the population of foreign nationals surpasses 25% of the total population. Upon implementation, 781 neighborhoods in Turkey were closed to registry.

Foreigners in areas with high concentration of foreign nationals will be relocated to different districts and provinces on a voluntary basis. According to Çataklı, they were given around two months to change their address with the help of non-governmental organizations (NGOs) to facilitate the process. Those under temporary protection risk losing their status if their new address is not notified after two months.

The deputy minister also mentioned that unregistered newcomers from Syria will not automatically be given protection statuses. They will be taken to camps where it will be investigated whether they need temporary protection or not, as people from regime-controlled areas are entering Turkey for economic reasons rather than fleeing war or persecution.

New measures have been introduced to prevent regular migrants from turning into irregular ones upon visa expiry. Fingerprints will be taken upon visa application so that the migrants who enter the country with visas but do not leave when their visa expires and destroy their passports can be duly identified.

Furthermore, in April, it was announced that the amount required for Turkish citizenship through buying real estate increased from $250,000 to $400,000.

The Turkish government seems to be dealing with migration more extensively compared to previous years as signs of social discontent are strongly surfacing. However, it remains to be seen whether existing measures are sufficient or satisfying to public opinion. As elections in 2023 near, it seems migration will continue to remain a hot topic in Turkish politics. 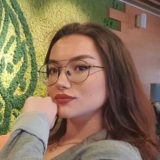