The Russia-Ukraine crisis has a silver lining in that it could re-anchor Turkey in NATO, in a way that promotes broader European security. 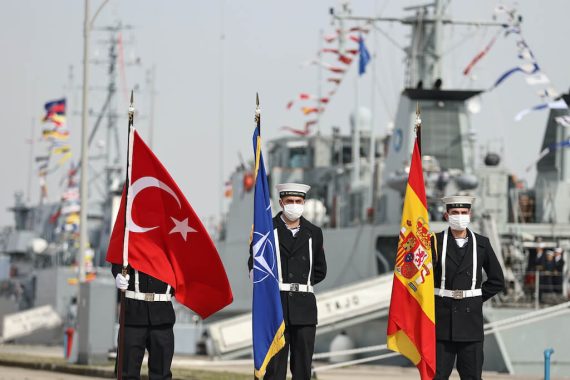 On Friday February 18, 2022, Turkey celebrated the 70th anniversary of its NATO membership, stating that it wants friends to perfectly exhibit the unity and spirit of solidarity that form the backbone of NATO.

“During the Cold War era and after, Turkey has been one of the responsible and leading members of the Alliance,” Mevlüt Çavuşoğlu, the country’s foreign minister, said in a statement.

Organized by the SETA Foundation in Ankara, a panel of experts spoke on Turkey’s Security on the 70th Anniversary of NATO Membership.

The Panel elaborated on Turkey’s perspectives, motivations, responses, and security prevention after its NATO membership. In the context, it examined the transformation of the internal, regional, and global security environments as a result of changes in national security and the challenges of Turkey’s paradoxes in security thinking since different actors have variable levels of security awareness in terms of people, society, or state.

Read: Can NATO Still Fulfill Its Purpose After 70 Years?

In the panel, Turkey’s counterterrorism efforts were addressed. Mustafa Kibaroğlu from MEF University stated that “the 5th article of NATO is important … in case of any armed attacks or threats against any member of NATO, according to Article 51 of the United Nations, NATO can use their right to defend their countries,” which he noted helped “military capabilities of Turkey develop highly in a modernized way.”

Turkey expects more support from NATO and its allies for activities aimed at stabilizing the region and the world as a country at the core of the alliance’s geopolitical future.

When Turkey joined NATO in 1952, following the Second World War, the country’s capacity to cope with conventional threats to its territorial security would significantly improve, however, it has not been an easy relationship.

“Turkey expects more support from NATO and its allies for activities aimed at stabilizing the region and the world as a country at the core of the alliance’s geopolitical future,” Fahrettin Altun, the head of media and communications in the Turkish presidency, said during the opening of “Changing Dynamics and Longstanding Alliance: Stronger with Turkey for 70 Years” panel in the Turkish capital, Ankara, where he discussed his country’s contributions to NATO missions and operations as well as relations with the pact.

Experts discuss Turkey-NATO relations on the 70th anniversary of Turkey joining the alliance in Ankara, Turkey. Photo by SETA Ankara.

It should be observed that Article 5 is not a mutual defense provision, since there are no unequivocal assurances of mutual military support in the event of an armed assault on a signatory to the Washington Treaty. Each signatory is free to take any action it sees fit if it desires so. However, the use of the term ‘deems,’ inspired by Article 51 of the UN Charter, emphasizes that passivity or full inactivity would not be a sufficient response to treaty duties.

Ece Baban of Fenerbahçe University spoke on the ambiguity of Article 5 and the challenges Turkey faces in security efforts. She noted, “NATO has not been able to show equal importance and treatment to countries in the alliance.”

Read: S-400 Sanctions: What Will Be the Price Paid by Turkey?

“This is not just about boundaries; we cannot contain these problems within boundaries any more with the advancement of technologies. These [problems] are becoming more widespread every day.”

Article 5 legitimacy is contingent upon the Allies’ political commitment to collective defense within the framework of the Washington Treaty, as well as their military power to carry out this promise. The Allies who want more credibility for Article 5 often concentrate on the latter component, on specific military steps taken to provide a greater degree of automaticity and ability to guarantee territorial integrity.

Russia-Ukraine crisis and the possibility of re-shaping NATO

According to U.S. President Joe Biden, a Russian invasion of Ukraine “remains distinctly possible,” which poses the largest military risk to the European security order since its foundation. The governments of the United States and numerous other NATO member states, including Turkey, have advised their citizens to leave Ukraine.

“In this context, it is recommended that our citizens refrain from traveling to the eastern border regions of Ukraine unless they have to,” said Turkey’s Ministry of Foreign Affairs.

Murat Yeşiltaş of Ankara Social Sciences University commented on Turkey’s unequal treatment in NATO. He suggested that tensions between Turkey and Greece may be alleviated by using NATO rather than the EU, which Turkey is not a part of, “since Turkey is not a member of the EU, but Greece is.”

The issue of where Turkey sits in this situation looms huge. The Russia-Ukraine crisis has a silver lining in that it could re-anchor Turkey in NATO, in a way that promotes broader European security.