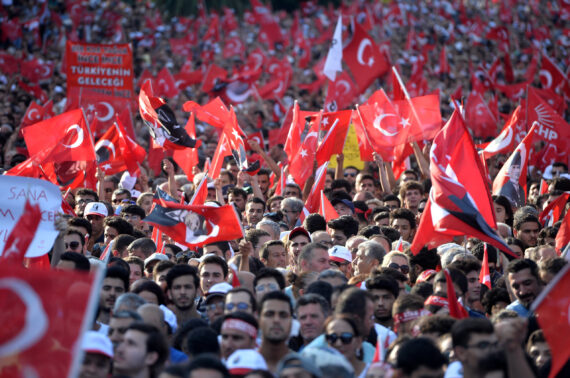 Nowadays, Turkey’s political agenda is full with international issues. The new term in Turkey-U.S. relations after the release of Pastor Brunson has become a matter of curiosity in the last couple of days. Moreover, the missing Saudi journalist, Jamal Khashoggi, seems to have shifted the U.S. approach against Saudi Arabia and thus will affect the current dynamics in the Middle East.

Under this ambiguous environment, Turkey’s domestic agenda and the upcoming local elections have become of secondary importance for the public. Nonetheless, political parties have already began to concentrate on their possible strategies in the local elections.

As part of their preparations for local elections, Turkey’s political parties held consultation and evaluation meetings in order to draw a road map. All parties had an idea on the possibilities and limitations in choosing the right candidate. The governing AK Party, for instance, underlined that the upcoming elections would be a turning point for Turkey’s future and it was an obligation to increase both the vote rate and the number of mayors in order to successfully implement the new presidential system. Party officials and members contributed to the ongoing discussions on possible electoral strategies in accordance with this purpose.

One of the major issues that will determine electoral strategy is whether the AK Party and the MHP will form an alliance in order to maximize their benefits. Since the unofficial meetings between the two parties have just started, it is still not possible to clarify this issue. Nevertheless, it should be underlined that both parties pay a significant attention to forming an alliance and are trying to form a consensus on possible ways of achieving this. It seems that the further details of this issue will surface in the following days.

On the other hand, preparation meetings held by the MHP and the Iyi Party revealed the increasing tension between these two parties. Even though both parties have had hot discussions since the June 24 elections, the degree of discussions altered in the last days. The Iyi Party blamed the MHP for betraying nationalist ideals by forming an alliance with the AK Party.

Since the Iyi Party faced serious existential crises after the June 24 elections and was about to collapse, it is now trying to find a new identity and purpose for existence. In accordance with this aim, the party is working to develop a nationalistic stance instead of its catch-all approach, which failed in the previous elections.

The main opposition party, the CHP, has also been discussing possible election strategies. During the meetings held, party officials criticized the party’s current discourse on being so elitist and left-wing oriented. The solution proposed for this problem was to adopt rightist and populist discourse in the upcoming local elections in order to change the image of the party.

At this point, the CHP faces a serious dilemma in deciding whether or not to form an alliance with the Iyi Party and the HDP. Due to the fact that the Nation Alliance failed in the last elections, the party is hesitant to cooperate with these parties. While an intra-party group is working hard to convince the sides to form an alliance with the HDP, some party officials are wary of this and are aware of the risks.

However, the supporting group sees this as the only way of achieving success in the local elections. The more nationalist wing of the party wants to form an alliance with the Iyi Party, especially in Ankara and some provinces in the Mediterranean and Aegean.

Even if consultation and evaluation meetings were a stage for drawing a road map for the local elections, political parties still need more time to finalize their strategies. Due to this, parties are expected to focus more on domestic policy in the upcoming days.