What are Strategies of the Political Opposition in Snap Elections?

Overall, it should be emphasized that the political opposition in Turkey still suffer to decide on their strategy for the snap elections. 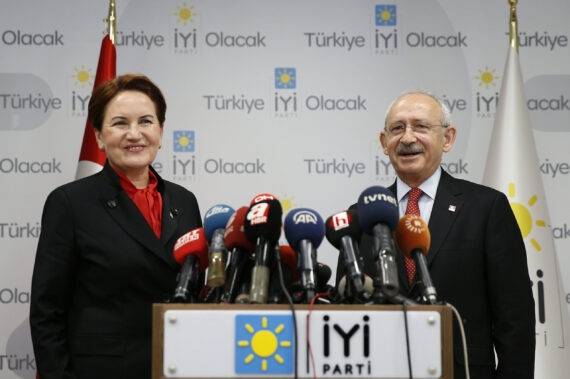 An unexpected call from the MHP Chairman Devlet Bahceli for snap elections made a swift change in Turkey’s political agenda. The call from Bahceli was positively welcomed by President Erdogan and the AK Party circles due to the urgent need to implement presidential system, which was approved on April 16, 2017. President Erdogan emphasized that Turkey needs to hold snap elections in order to overcome uncertainties arising from the cross-border counter-terror operations in Iraq and Syria and the crisis in neighboring countries. After the parliament approved a bill on holding early elections last Friday, the date of snap elections – June 24 – was approved.

The AK Party and MHP decided to form an alliance for the next general election a couple of months ago. Thus, these parties already established their election strategies on national unity and stressed that their alliance -the People’s Alliance – would be open to each party respectful of the country’s national values, unity and solidarity. Nonetheless, the opposition parties failed to form an alliance even when they negotiated regularly with each other to reach a consensus on the issue. Although concrete steps were taken for various alliance formulas such as CHP-HDP-Iyi Party, CHP-HDP/CHP-Iyi Party, the parties could not reach an agreement. However, after the announcement of the snap elections, it became necessary for these parties to take an immediate decision on whether to join the elections either as part of an alliance or on their own.

In this context, the CHP became the most controversial party. The party has intensely been criticized for not developing an election strategy yet. Due to it being uncertain as to whether the party will form an alliance or not, the party circles started to force the Party Council to make an urgent decision towards the snap elections. As seen in the discussions, the first scenario on the CHP’s election strategy is based on the formation of an electoral alliance with the HDP. The rapprochement between these parties in the last two years strengthens this possibility. Nonetheless, there is a concern that an electoral alliance between these parties may provoke a reaction among voters of these parties, especially among the CHP’s Kemalist and nationalist voters.

However, CHP’s recent step reflected the inconsistency and ambiguity in the party’s election strategy. On April 22, the CHP allowed 15 of its MPs to join the Iyi Party. This strategy is defended with the argument of supporting the Iyi Party’s attempt to join the parliamentary elections, which would be decided after the examination of the High Election Board (YSK). This strategy was harshly criticized even by some prominent names in the CHP because of manipulating elections. Even if the Iyi Party has never joined an election before, it will get a treasury grant and form a parliamentary group in the Assembly. This strategy, which is legal but unethical, shows the possibility of upcoming next steps through the elections. Thus, it should be said that there is not going to be issues or principles in the formation of alliances among opposition parties. The only motivation behind these kinds of inconsistent steps is the anti-Erdogan agenda of these parties.

When it comes to the Iyi Party, the party seems to have two different road maps. On the one side, the party tries to broaden the limits of its alliance with the Felicity Party. It was announced that the Felicity Party would support Meral Aksener if the presidential elections proceed to the second round. It remains unclear whether this alliance would be valid in the first round of elections. On the other hand, the leading names of the party continue to negotiate with the CHP in order to form an alliance in both presidential and parliamentary elections. It is generally believed that their strategy will be revealed until the end of this week.