What does the referendum in Northern Iraq mean for Turkey and the Middle East?

For Turkey, who accomplished a great deal in her fight against the PKK within domestic borders, it is unacceptable for this terrorist group, which seeks to find a de facto state in northern Syria with the support of the U.S., to enhance its influence towards northern Iraq. 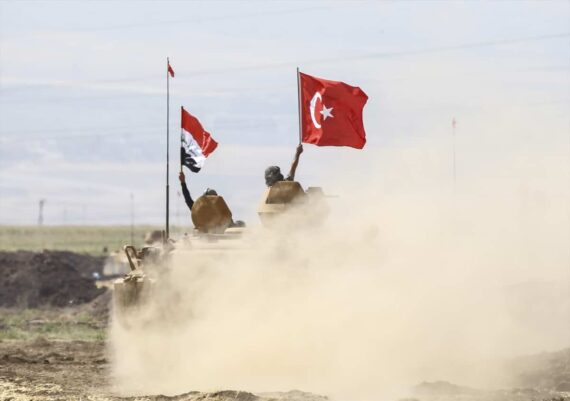 The Kurdistan Regional Government (KRG) held a referendum for independence on Monday despite the objections of many capitals including Baghdad, Tehran and Ankara. Israel’s overt support for the vote was only one among many other developments that cast a shadow on the referendum.

A considerable part of Iraqi Kurds were among those objecting to the vote, which demonstrated concerns surrounding the possible problems that could arise. The main reason for the concerns is the fear that the quest for independence would bring more conflict, instability and suffering to the Kurds instead of bolstering peace and welfare.

Some Kurds and regional countries with a significant Kurdish population were also apprehensive that the appeasement of Kurds for the sake of independence might render them increasingly dependent on some regional and global actors, causing their manipulation for the global powers’ Middle East policies.

Furthermore, it is feared that having included disputed areas, such as Kirkuk, in the referendum could convert the disagreements between Kurds and other peoples in the region into conflict. Iraq, which has already been ravaged by Daesh terror, could therefore be dragged into another civil war. Such concerns surely reflect the realities of the geography.

Past experiences make it clear that drifting the region into conflict and war brings serious consequences for the peoples and countries of the Middle East. Above all, the region surrenders to the activities of terror groups since conflict and war disrupt the states in the region. It must be noted that the wars experienced in the Middle East have constituted the main determinant that keeps the outlawed PKK active in the region for almost 40 years now. We know that the authority gaps seen in Beqaa following the Lebanese Civil War, in northern Iraq after the 1991 Gulf War and in the north of Syria as a result of the Syrian Civil War created convenient spaces for the PKK to improve and expand. Likewise, it is more than obvious that the terror groups including al-Qaeda and Daesh took advantage of the conflicts in the Middle East.

Therefore, it can be argued that the referendum will start an excruciating period for all the peoples in the region, especially the Kurds, if it foments large-scale conflicts through the independence schemes of the disputed areas in Iraq. As occurred in all the other conflicts in the region, the global actors will surely take up positions in accordance with their own interests. So, the referendum poses a high risk of causing a long-standing atmosphere of chaos.

When viewed through the lens of Ankara, the extent to which the KRG administration, after a possible independence, will cooperate with Turkey in its fight against the PKK is seriously questioned. This is due to the fact that despite the extensive support of Turkey, the KRG has already failed in this matter so far. Considering that the Barzani administration, which had amicable relations with Turkey is far from satisfying Ankara even in this issue, it is predicted that an independent state of Kurdistan, where political actors have close links to the PKK and where the Patriotic Union of Kurdistan (PUK) and Goran are influential, could possibly pursue policies that would upset Turkey.

For Turkey, who accomplished a great deal in her fight against the PKK within domestic territory, it is unacceptable for this terrorist group, which seeks to find a de facto state in northern Syria with the support of the U.S., to enhance its influence towards northern Iraq.

As a matter of fact, the Barzani administration has already acquired autonomy to a considerable degree against the unjust impositions of Baghdad and Tehran. The KRG was supposed to prove its sovereignty in its territory through solving the PKK question and this is still true. Barzani and the KRG are required to give the actual fight for independence against the PKK and the actors siding with the terror groups.