Imran Khan’s contention that he did not ever have a "second thought" on the question of recognizing Israel until a just settlement acceptable to the Palestinian people is reached, might have displeased a few weighty voices within the country. 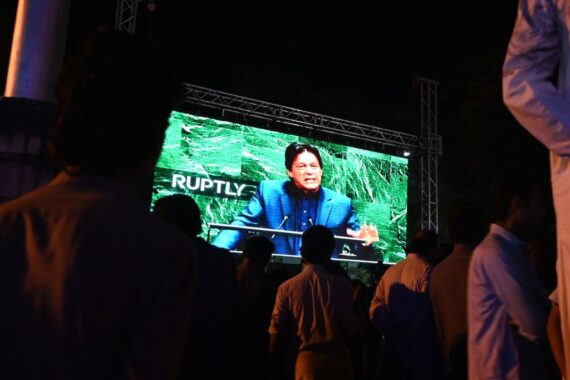 The mere fact that Israel has somehow managed to keep the question of its recognition on the agenda is extraordinary in and of itself. There is no other country in the world that could afford the luxury of abusing any semblance of international law at leisure with calls for “recognition” of its legitimacy still in place.

Yet, since the warming up of ties with the monarchy in the UAE (and other states), the question of recognition has been gaining even more attention. What was once a sacrilege in Pakistan is becoming somewhat less questionable, at least among Pakistanis who see the West as their model. Some respected figures in the media have chosen to propagate the proposal of recognizing Israel vehemently.

But why does the question of Israel’s recognition keep popping up every few days in Pakistan? And what is the nature of pressures on the Pakistani Prime Minister Imran Khan, including from the U.S. as he suggested in a recent interview?

Of course, Israel has a penchant for working from behind closed doors and its foreign policy seems to be woven around the “fly like a butterfly and sting like a bee” ethos.

Even though it likes to play the card of being the original victim of ethno-religious persecution, Israel takes an eerie pride in covert “operations” – checkered by assassinations around the world – clandestine lobbying through elements in foreign governments, and even the charm offensive which can range from narrative building and subtle mobilization of the comprador classes within a country to the vulgar uses of human flesh, including its own.

So, whether you are a human rights activist, a person of refined artistic disposition, or even a mercenary, the menu has everything on offer, with added blessings from the United States, and not more than an eye roll from the European Union.

Pakistan is one of the countries on the radar of Israel, looking for more clout in the world. Historically, it has lent unflinching support to the Palestinian people – including having sent its pilots during the 1967 and 1973 Arab-Israeli wars. At one point, in the mid-80s, Israel is even reported to have planned to strike the nuclear facilities in Pakistan.

You just have to view the Palestinians as “foreign” and inherently problematic people who dispossessed the “Israelis” who “had come first” to the “Promised Land” and who are now creating problems for the “original” owners of the land. Interestingly, even though many of the Palestinian Muslims and Christians may be traced back to what’s referred to as the “Children of Israel” in the Jewish scriptures, it is still deemed virtuous to erase their most basic rights.

Once you’re able to see the unmistakable credibility and consistency of this Israeli tale of the “Promised Land” – a view rejected even by many Jews –   you will get plenty of food for thought to sedate your conscience.

Pakistan is one of the countries on the radar of Israel, looking for more clout in the world. Historically, it has lent unflinching support to the Palestinian people – including having sent its pilots during the 1967 and 1973 Arab-Israeli wars. At one point, in the mid-80s, Israel is even reported to have planned to strike the nuclear facilities in Pakistan. That kind of cold-blooded animosity has softened over time. But Israel still regards Pakistan as a significant force in the region.

Nevertheless, the nuclear South Asian country is regarded as a hard nut to crack among foreign policy circles. The overt confrontation by the USSR in Afghanistan in the 1980s, and the covert war by the U.S. in Afghanistan against its interests over the last two decades did not bear much fruit.

The so-called superpowers could not succeed and ultimately had to exit Afghanistan. The U.S., in fact, is still in the process of seeking a bailout from the Afghan Taliban, facilitated by Pakistan.

Yet where luring might does not work, seduction may. And who knows how to do this better than the strategists and interlocutors of Zion who have consistently legitimized the lust for land with the sublime gloss of “God’s word”? 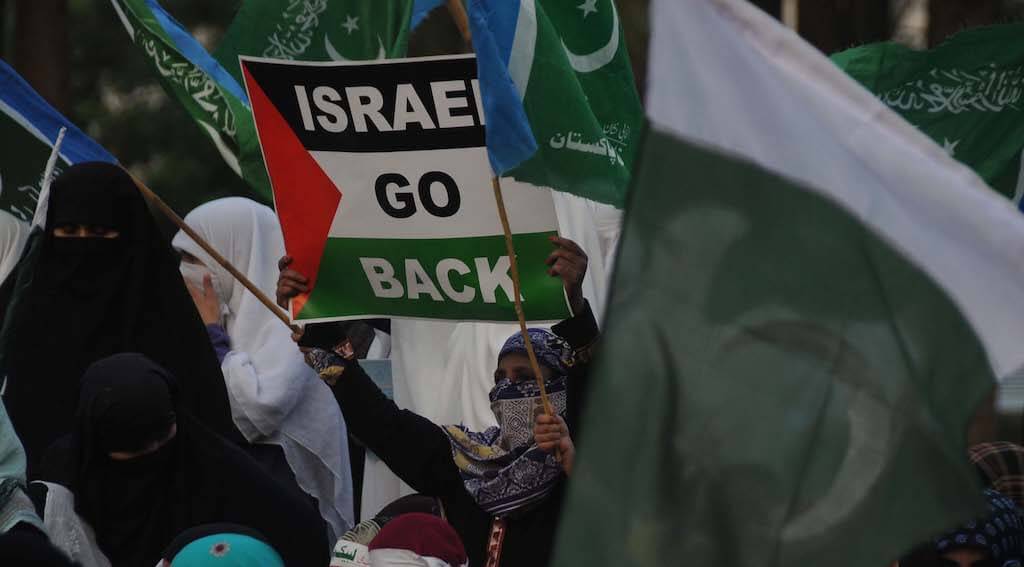 Even though Pakistani PM Khan categorically denied the possibility of recognition of an Israeli state until a “just solution for Palestinians” is achieved, it is intriguing that the question was raised by journalist Kamran Khan, who is widely known for being close to Pakistan’s influential military.

Even though Pakistani PM Khan categorically denied the possibility of recognition of an Israeli state until a “just solution for Palestinians” is achieved, it is intriguing that the question was raised by journalist Kamran Khan, who is widely known for being close to Pakistan’s influential military.

Kamran Khan, who is the president of the Dunya News Group in Pakistan, is a popular TV analyst who boasts a Twitter following of four million. Every few months, he floats a series of tweets encouraging his audience to think about Israeli recognition which kicks off a debate even when there is none.

Some other pro-establishment journalists such as Moeed Peerzada, and more recently, Mubasher Lucman, also like to join the chorus using arguments revolving around realpolitik.

The Role of the Gulf

Interestingly, for at least the last two decades, the most influential cleric in politics, Maulana Fazal-ur-Rehman, who has been reviling Imran Khan for allegedly being “a Jewish undercover agent,” was happy to sit with the leaders of the secular ANP party to lend support to the UAE’s recognition of Israel, giving the move his blessings.

This is the same cleric who for years based his election campaigns on opposition to Israel and whose chief battle cry had been the mobilization against Zionism. What happened overnight that made this dealmaker – if not an outright kingmaker – of Pakistani politics change his mind is something left to the people’s imagination.

Madrasas in Pakistan, including those associated with Fazal-ur-Rehman – of which there are thousands – have the reputation of heavily relying on charity from the Gulf states. This represents a huge segment of the population which has traditionally been fiercely anti-Israel, but whose fervor for the Palestinian cause may just be dampening.

Yet, the influence of the Middle East extends farther than madrasas and the sway they have over religious parties.

Pakistan maintains a close relationship with the Gulf countries at the state level, especially Saudi Arabia – and the UAE of course – because of its reliance on financial aid, subsidized oil, the lion’s share of remittances it gets from expats in both countries, and the significant defense cooperation that bounds the countries together.

Perhaps the most concrete manifestation of the depth of this relationship was the appointment of General Raheel Sharif, ex-chief of the Pakistan Army, as the first commander-in-chief of the Saudi-led “Islamic Military Counter Terrorism Coalition,” which has 41 countries as members. General Sharif assumed the role in May, 2017 and still holds the position today.

No wonder, when in another interview PM Khan was asked to reveal if there were any Muslim countries pressuring him to recognize Israel, he tried to make light of it by telling the interviewer to ask that question once Pakistan had achieved economic independence.

Another consideration in the relations with Israel is Pakistan’s archrival, India, which has become the 2nd-largest arms importer in the world behind Saudi Arabia. In the 2014-2019 period, Israel was the 3rd-largest arms exporter to India, providing 12% of Indian arms imports. “Defense purchases” from Israel account for over $1 billion each year (2019-2020), in addition to the significantly rising research and development collaboration.

When the Indian jets sneaked into Pakistani airspace to conduct a “surgical strike” on an alleged “terrorist camp” in the early hours of February 26, 2019, the Indian press claimed that they had used Israeli-made Rafael Spice-2000 “smart bombs.” The “strike” resulted in the downing of a few trees for which Pakistan lodged a complaint with the UN to express its outrage over hurting “voiceless” flora. The Pakistani military later clarified that no bombs were used, and that the jets had only dropped the payload to fly faster when they were scrambled after.

Nevertheless, the speculations about the use of Israeli weapons by Indian media were not out of the blue. Pakistan is wary of the aggressive collaboration between its neighbor and Israel. Some Pakistanis are of the opinion that bringing Israel around – by recognition – may tone down its cooperation with India, at the same time easing diplomatic pressures on Pakistan, even if this does not result in explicit and immediate defense deals. In addition, it may pave the way for upgrading Pakistan-U.S. defense ties.

Sceptics, however, argue that Israel has already chosen India as its ally in South Asia, and will have limited offers, if any at all, for Pakistan. The U.S.-Pakistan defense cooperation similarly has been losing weight since Pakistan has been tilting towards China for its economic and defense needs; 73 percent of Pakistan’s arms imports came from China in the period of 2015-2019.

Islamabad may be under pressure on the Israel question, but the gains from earning the pleasure of the U.S. and the Gulf – and any offerings by Israel – remain opaque, and will hardly justify the political costs of such a move domestically. The Pakistani people still relate profoundly to the plight of the Palestinian people, and like the Indian occupation of Kashmir, the Israeli occupation of Palestine remains an extremely sensitive issue.

Imran Khan’s contention that he did not ever have a “second thought” on the question of recognizing Israel until a “just” settlement – acceptable to the Palestinian people – is reached, might have displeased a few weighty voices within the country. Yet it is an apt representation of how most of the thought leaders see it.

As for the ordinary Pakistani, far from the grey world of diplomacy and statecraft, their rustic sensibility prevents them from seeing how razing the houses, livelihoods, and history of a people could lead to peace and prosperity in the world. 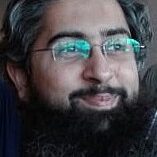 Also Read
What is Happening in Kashmir? A Chronology