What has Turkey experienced under the presidential system so far?

The last two months after the election were important in terms of the implementation of the presidential system and the transformation of the state structure in accordance with the requirements of the new system. 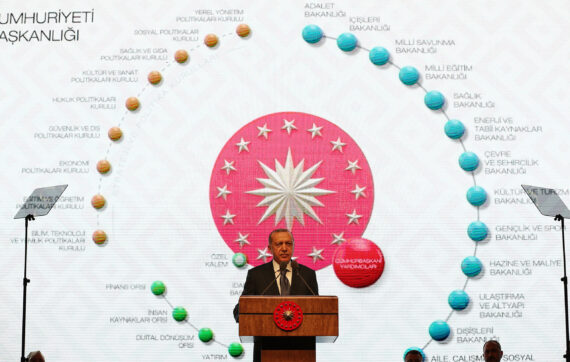 With the June 24 elections, Turkey switched to the presidential system, which was approved in a referendum last year. The last two months after the election were important in terms of the implementation of the presidential system and the transformation of the state structure in accordance with the requirements of the new system. As is, and has been experienced, in other examples throughout the world, transition periods are always a puzzle and it is difficult to control all aspects that occur within this period. In Turkey’s case, busy domestic and foreign policy agendas caused a lack of interest in the public about the transition to the presidential system. Therefore, an evaluation of the last two months and analyzing what really happened during this period is crucial.

One of the most difficult parts of the transition process was the preparation of the legal infrastructure for the new system. There have been five detailed and well-prepared decree laws regulating the transformation of state institutions under the new system. These laws were designed in order to formulate and frame the fundamentals of state institutions under the new structure. Thus, they did not foresee so much to the policy implementation process. At this point, bureaucratic capabilities and rationality were needed in order to get success in the implementation phase. It can be observed that Turkey’s bureaucratic culture, which depends on a strong state tradition, has enabled for bureaucracy to be successful during this transformation process.

Nevertheless, when taking into account the requirements of the new system in the long-term, it is seen that the transformation period will need more dedication and well-equipped professionals and experts to serve during this critical time. The contributions of politicians and bureaucrats are not enough to achieve the intended success, and the contributions of academics and professionals should also be welcomed in the next phases. In accordance with this reality, nine presidential boards were established under the Presidency, so to serve in developing strategies in critical areas such as local government, energy, social policy, education, economy, health, culture, technology, and innovation. The formation of these boards and the lists of experts expected to serve under them have not yet been announced. These academics and experts, who will be from outside the bureaucracy, will take on major responsibilities in these boards.

Above all, in order for better collaboration and communication to be achieved under the new system, public engagement is a must. The concept of collaborative governance enables the active involvement of citizens in government decision-making and has become quite popular in presidential systems in the last decade. This is because it creates collaborative and multi-level problem-solving mechanisms in public institutions, and a collaborative governance approach enables for countries to increase their quality of participatory democracy. Turkey’s state structure under the new presidential system also pays attention to the improvement of communication between the public and the state. Nonetheless, there is need for new mechanisms in each public institution in order to provide more sufficient tools for dialogue, which will serve diverse interests.

Overall, Turkey has witnessed an enormous change in its state structure in the last two months and has been achieving success in its management of the process until now. As was stated above, it will take some time for Turkey to be able to transform its state structure under the new system. Additionally, Turkey’s bureaucratic and political culture will also be re-shaped in accordance with the new rules. Therefore, it can be stated that the transition period will preserve its place on the top of the political agenda for quite a while.