There is good news. Mercenaries are as old as war, yet the world did not devolve into anarchy, as is often portrayed by critics of private force. In fact, they can even do good, if hired to do so. 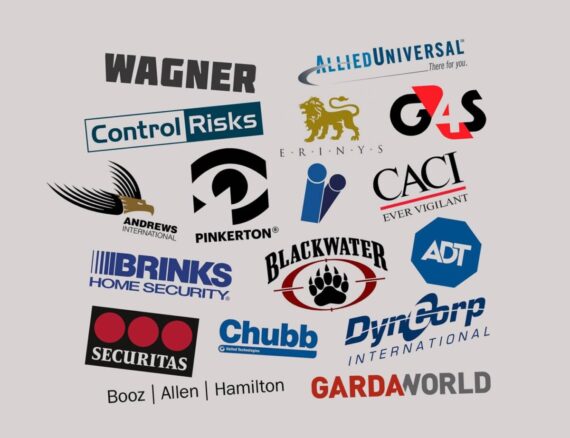 Mercenaries are back. No one knows how many billions of dollars slosh around this illicit market. All we know is that business is booming because when you need something absolutely, positively done in war, you call the private sector. Missions once conducted by special operations forces or the CIA are now outsourced — I know because I did them.

Mercenaries are deadlier than most people realize, a grave oversight. In 2018, a group of U.S. Army Rangers, Delta Force, Green Berets and Marines — America’s most elite troops — were pinned down in Syria. Attacking them were 500 mercenaries, hired by Russia. They were not the cartoonish rabble depicted by Hollywood movies. This was the Wagner Group, a high-end mercenary outfit with artillery, armored personnel carriers, and tanks.

The American commandos radioed for help. Warplanes arrived in waves, including Reaper drones, Apache helicopters, F-22 fighter jets, F-15 strike fighters, B-52 bombers, and AC-130 gunships. Scores of airstrikes pummeled the mercenaries, but they did not waver.

Four hours later, the mercenaries finally retreated. No Americans were killed, and the U.S. military touted this as a big win. But it wasn’t. It took America’s best troops and advanced aircraft four hours to push back 500 mercenaries. What happens when they have to face 1000? 5000? More? Even an undefeated military can lose.

Mercenaries are the second oldest profession, and their return is no surprise. Since 2015, mercenaries have flourished in Yemen, Libya, Nigeria, Ukraine, Syria, Iraq, Somalia, Mozambique, Central African Republic, and Venezuela. There are even cyber-mercenaries called “hack back” companies.

The UAE hired mercenaries to kill Houthis during the War in Yemen. Some of these were allegedly U.S. military although most came from Latin America.

There are many reasons why mercenaries are returning now. In fact, they have been gradually reappearing over the past three decades, but always in the shadows and that’s by design. Rich clients with a small or no military can swipe a check and wage war. The UAE hired mercenaries to kill Houthis during the War in Yemen. Some of these were allegedly U.S. military although most came from Latin America. After six failed years of fighting Boko Haram, Nigeria hired mercenaries to push the terrorist group out of their country, which they did in a few weeks. Libya is a mercenaries-on-mercenary war. Perhaps someday ExxonMobil will have its own army, too.

But why do states with big militaries use mercenaries? Because warfare is changing — it’s getting sneakier. We live in an information age, and weapons that provide plausible deniability, like mercenaries, are more important than raw firepower. In 2014, Russia invaded Ukraine, not by blitzkrieg but through deception. They covertly deployed Spetsnaz special forces, mercenaries like the Wagner Group, Little Green Men, and fake pro-Russia militias. Dense propaganda, troll factories, and other active measures further concealed the truth, until it was too late. While the West stood befuddled about what was going on, the Crimea was a fait d’accompli.

Moscow created the fog of war, and moved through it for victory. Mercenaries ooze plausible deniability. If they are caught, the client can disavow them. Not so for army soldiers. Plus, Russian citizens (like U.S. ones) hate seeing their dead soldiers coming home in body bags, but do not care about dead contractors. Owing to this, Putin can engage in risky military operations with minimal domestic political consequence. For the first time since the Cold War, Russia has launched expeditionary operations in the Middle East and Africa. The weapon of choice? Mercenaries, like the Wagner Group.

Private warfare is a growing trend with alarming implications, yet few in the West seem to care. Perhaps they assume international law will take care of the problem, but this is magical thinking. Who will go into Libya and arrest all those mercenaries? The UN? NATO? Nobody. Worse, mercenary can shoot law enforcement dead. The market for force literally resists regulation.

A world awash in mercenaries means more war and suffering. History teaches us that unemployed mercenaries become bandits and racketeers, preying on people and sometimes taking over whole kingdoms, as happened to Milan in the 15th century. Soldiers of fortune can start and elongate war for profit, and avoid outbreaks of peace. This is one reason why the Thirty Years War (1618-48) in Europe took so long, as mercenaries fought for all sides in great numbers. By the time it ended, Germany lost a greater percentage of its population than in WWII.

Privatizing war changes warfare in profound ways modern generals do not comprehend. If conflict is commoditized, then military and marketplace strategies apply to war. It’s like General Patton goes to the souk. You can win wars by outbidding your enemy for mercenary services, bribing your enemy’s mercenaries to defect, or not paying your mercenaries when the war is over. However, it’s a dangerous game because your enemies and mercenaries can do the same to you, and there is no reliable way to enforce contracts.

Treachery is the watchword of private warfare. The 14th century Florentine, Niccolò Machiavelli, was ripped off by his own mercenaries in 1500 and 1506, during a war with Pisa, causing Florence to lose to its diminutive neighbor. A few years later, he writes in his book The Prince, that mercenaries are: “disunited, ambitious, without discipline, unfaithful; gallant among friends, vile among enemies; no fear of God, no faith with men.”

Private force will also change world order. Offering the means of war to anyone who can afford it will transform warfare and the future of war. If money can buy firepower, then large corporations and the super-rich will become a new kind of superpower. This will rewrite the rules of global order. Who, how and why people fight will change, and there will be wars without states, accelerating global chaos.

This trend will grow, fueled by a free market for force that generates war but cannot regulate it. Today’s militaries have forgotten how to fight private wars, leaving us all exposed. We must increase our strategic IQs to deal with this problem before it becomes a crisis.

There is good news. Mercenaries are as old as war, yet the world did not devolve into anarchy, as is often portrayed by critics of private force. In fact, they can even do good, if hired to do so. If the industry were properly vetted and transparent, they could support UN peacekeeping operations, stop impending genocides, rescue civilian populations from human predators, hunt crime lords, and launch humanitarian operations quickly to save lives — something the international community cannot do. Mercenaries are like fire: they can burn down the house or power a steam engine. It’s a question of how we use them, so let’s use them for good.

Dr. Sean McFate is the author of five books, including “The New Rules of War: How America Can Win — Against Russia, China, and Other Threats” (2019). He is a Senior Fellow at the Atlantic Council, a professor at Georgetown University, and an adviser to Oxford University’s Centre for Technology and Global Affairs.