What will the Aftershocks of Turkey’s April 16 Referendum Be?

Turkey is rushing towards the April 16 Referendum, which is potentially one of the most important events in the history of its democracy. No matter what the results will be, this referendum will always be remembered as a case and cited as a milestone in Turkish political history. 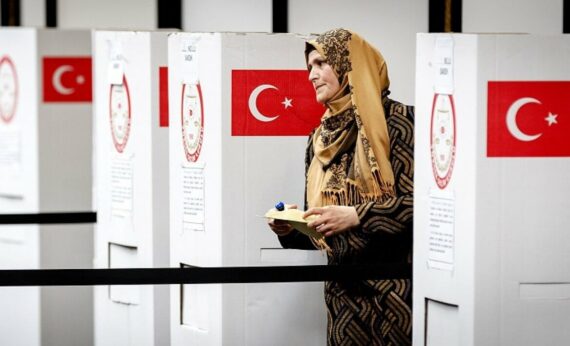 Turkey is rushing towards the April 16 Referendum, which is potentially one of the most important events in the history of its democracy. No matter what the results will be, this referendum will always be remembered as a case and cited as a milestone in Turkish political history.

What makes the April 16 Referendum important is that Turkish people for the first time are going to vote for such a large-scale constitutional reform. Turkey has experienced several constitutional amendments before, but most of them were related to fundamental rights and freedoms. They had little or no significant effect on the state structure. This referendum, however, aims to change the state structure directly. It is, therefore, unique and unprecedented.

The constitutional referendum is also vital since it is, independent of its results, a significant democratization step on its own. During the period of democracy, Turkish constitutions were either completely built by military bureaucrats or changed under their pressure and threats. Thus, the real powers who made or revised the constitutions were the army and its official and civilian allies. During the AK Party governments, this situation began to change and reached its peak with the introduction of the April 16 Referendum package. For the first time in the modern history of Turkey, civilian forces have pioneered such a large-scale constitutional amendment aimed at subordinating constituent power in the real sense.

The third feature of the amendment package is that it is more comprehensive, broader, and deeper than several columnists -including myself- and experts anticipated at the first glance. Although the change in the government system lies at its center, this step will affect the entire state structure. Although the “no” wing claims the opposite, the regime will not change, i.e., the republic and democracy will not disappear, but many things will either be renewed immediately or will enter a phase of renewal. Both the principal and relative positions of the prevailing forces will change. It is due to the fact that there is a network of relations and equilibrium between the forces in the current system and the change in the system will predictably affect the position of others. This change will inevitably affect bureaucracy, the culture of government or governance, and the modes of operation of the existing forces over time.

What Happens if Turkey Votes “No”

A “No” vote, despite being a weak possibility, is still a possibility and it became even weaker because of the impudent and anti-democratic attitudes of several European countries. If the referendum results with a “No” vote, then, it still might lead to some “good” consequences. The current political situation in the country made it clear to everyone that the country needs a governmental system that is, we must overcome the situation we are now in. No one can deny this and cannot avoid responsibility – as the main opposition party did. If the proposal does not get approval from the people, it does not mean that the necessity of change in the government system will disappear. On the contrary, the need to establish a governmental system will appear even more urgent. Starting from the morning of April 17, the search for a new system will begin.

Once the way is paved for the referendum, the public will make it easier to carry out subsequent similar undertakings. Thus, Turkey’s democracy will have surpassed an important threshold. Those of circles who have long ignored the basic purpose and duty of politics, that is to lead, will find themselves encircled with this all-encompassing trend.

What Happens if Turkey Votes “Yes”

If “Yes” wins the referendum, it will lead to several consequences that will spread to various phases. It will radically affect and change our political system and political culture.

Center-right parties constitute standard democratically elected political governments in Turkey. Left governments are not a standard, but a deviation in Turkish politics. So far, all center-right governments have complained about the governmental system in the country. Pointing out to the fact that the area of democratic power is arbitrarily limited, they wanted to change it. As a center-right political movement, the AK Party did not go beyond this line. (Let me answer the objections that may arise in the assertion that the AK Party is the center-right wing party. The best evidence to prove the AK Party is in the center-right is that both the Gülenist Terror Organization, which is a totalitarian religious movement, and radical religious trends aiming at the Islamization of the Turkish society, which is overwhelmingly a Muslim society, according to their understanding of Islam, complain about and even hate the AK Party.)

In Turkey, the bureaucratic guardianship system has established its sovereignty by encompassing the executive power of the democratically elected governments. Now the situation is changing. The process of change that began decades ago accelerated during the AK Party governments with the influence of various factors. If the outcome of the April 16 referendum turns out to be “yes,” the two-headed executive power will end. Thus, the bureaucratic guardianship system will lose an important base.

This will also reinforce the democratic character of the executive power. The government will not have indirect legitimacy as in the parliamentary system, but will have direct democratic legitimacy since it will directly be elected by the people. This will facilitate its struggle with the bureaucratic guardianship. This scenario is predictable since none of the elected governments wants to share its powers with bureaucratic foci and to get under their yoke.

The amendment will also bring stability. The parliamentary system leads to executive instability, especially in countries where politics is overly divided. When elections do not produce a government, parliamentary games and negotiations start. Ineffective coalition governments emerge and the executive power can be blocked by tempting the smaller partners in the coalitions. The government may fall at any moment if it cannot obtain a vote of confidence. This also makes the governmental responsibility unclear.

The proposed system, however, offers an effective government power. Just after midnight on Election Day, it will be apparent who will be the executive organ. Executive power will complete its normal duration period since it will be independent of the judiciary. Politics, to a certain extent, will have a new outlook far away from being an area of ugly bargains. So, the governments foresee and make long-term plans accordingly. This will also allow citizens to recognize the success and failure of the governments easily.

The separation of legislative and executive powers will also reduce and alter lobbying activities for the members of the legislature, voters, and interest groups. Deputies will not be considered as people whose main and only job is to do business follow-up.

The presidential system also leads to significant changes in the political culture. The new system encourages democratic reconciliation. Since the presidential election will have two rounds at almost every time, voters will participate in the main wings in the second round. To express it in as an analogy, creeks will join rivers. Thus, democratic politics become stable over time and political traditions and customs will start to have a form and shape.

An important problem of Turkish politics is that the speed of renewal of political staff is rather slow. This is not only valid for the victorious leaders and their teams, but for leaders and their staff who constantly lost the elections. The current parliamentary system is one of the most important reasons for this phenomenon. Names such as Bülent Ecevit, Alparslan Türkeş, Süleyman Demirel, and Necmettin Erbakan became the leaders of political movements for 40 to 50 years. They left their seats only after health problems and death. However, a successful leader in the new system will have a maximum duration of ten years. Let us look at this issue through Erdoğan to better explain it: Erdoğan has been governing the country for fourteen years first as the prime minister and then as the president.

If the proposed system was the current system, Erdoğan would have already left the political scene. If the proposed system does not pass and the old system continues, Erdoğan may return to the AK Party in 2024 and, if God gives him a prolonged life, he can continue to govern the country as the prime minister for another twenty years. The contribution of the new system to the renewal of Turkish political life is also apparent for the oppositional party. In the new system, it will be difficult for the leaders who lose the elections to keep their seats. Their parties will seek new ways and methods to win the next election and thus the defeated leaders find themselves in the position to leave their seat. Both the government and opposition parties will therefore enter a phase of renewal.

The April 16 Referendum means, to some extent, setting the spirit free. The spirit cannot be forced to enter the bottle again. Whatever the result is, there is no turning back from change. That is the reason why April 16 will be a turning point in Turkey’s political history.

Atilla Yayla is Professor of Social and Political Theory and currently the chairman of Association for Liberal Thinking in Turkey.