The GCC is still divided on Syria 10 years after the outbreak of the revolution. 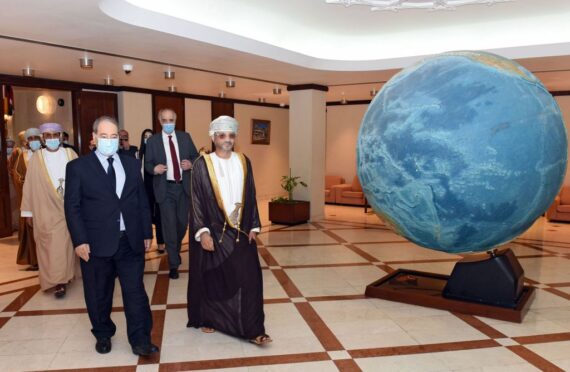 Ten years into the Syrian crisis, many commentators generally accept that President Bashar al-Assad’s government has “won” the gruesome conflict. But talk of peace and stability in the country requires speaking in relative terms because prolonged warfare and acts of terrorism continue to spill Syrian blood from Idlib to Homs to Deir Az Zor to Daraa.

Additionally, the impact of US-imposed sanctions makes reconstruction and redevelopment severely challenging for Syria—to say nothing about the catastrophic impact of the COVID-19 pandemic on Syria’s severely impoverished, displaced, and starved citizens.

A major reason why finding a diplomatic settlement to the Syrian crisis has been so difficult comes down to the question of whether Assad could or should serve as the country’s head of state. The US and most European Union (EU) countries firmly maintain that Assad is entirely illegitimate. This pits most NATO countries against Russia and China.

The Damascus regime’s standing is a major flashpoint in Moscow and Washington’s geopolitical rivalry in the Middle East. With President Joe Biden focusing on countering Russian clout in the Middle East and other regions of the world, the new US leadership is likely to continue to see Syria as a high stakes conflict in terms of pushing back against Vladimir Putin’s international influence.

In the early stages of the Syrian conflict, from 2011 to 2015, some Gulf Arab monarchies were actively involved in the push to oust Assad’s regime. Aligned with the Obama administration and Turkey’s agendas in Syria, Gulf states gave Syria’s rebels significant support. This anti-Ba’athist “revolution” was expected to mark a geopolitical setback to Iran.

VIDEO: No middle ground between GCC and the West on Assad

There were expectations that Assad’s regime was on the verge of falling to Sunni forces purportedly more favorable to Turkey and Gulf Arab monarchies, and far less amenable to Iranian interests. But Russia’s intensified military intervention in 2015 and the 2016/2017 battle of Aleppo led to the GCC states adjusting their positions on Syria.

Russia’s strong support for Assad made it clear to policymakers in Gulf capitals that regime change in Syria was no longer on the cards. Giving up on the idea of bringing down Assad, officials came to a de facto acceptance of his regime’s survival.

As the United Arab Emirates (UAE) and some other Arab states have feared Turkish military intervention in northern Syria and its implications for what they perceive to be a “neo-Ottoman” threat, Assad’s government has benefitted from various Arab regimes’ growing unease with Ankara’s foreign policy agenda. This was especially underscored in October 2019 when the UAE led a coalition of Arab states which stood unified against Turkey’s “Operation Peace Spring” in northern Syria.

What remains to be seen is how GCC members that want to do business with Syria face off with the US vis-à-vis the Caesar Act.

We must not overlook economics. Some in the Gulf want to profit from major reconstruction and business opportunities in post-conflict Syria. Yet what remains to be seen is how GCC members that want to do business with Syria face off with the US vis-à-vis the Caesar Act.

This legislation, which came into force in 2020, imposes stringent sanctions on major sectors of the Syrian economy and imposes secondary sanctions as well, meaning that third parties who do business with Syria may face punishment from the US Treasury. In the summer of 2020, the US government threatened the UAE and other Arab states with the Caesar Act. So far, President Joe Biden’s administration has not taken any softer stance.

On one end of this spectrum, there is Oman which has maintained diplomatic relations with Damascus ever since 2011 and continues to recognize Assad as a legitimate leader. Oman is the one GCC state which has an ambassador in Damascus.

The UAE and Bahrain, which re-opened formal ties with the Syrian government in December 2018, have re-embraced Assad. Kuwait has not re-established diplomatic relations with Assad’s regime, but has stated that it will do so if/when Syria is readmitted to the Arab League. Then, on the other end of the spectrum, there are Qatar and Saudi Arabia—both rigidly opposed to recognizing Assad as a legitimate head of state.

Syria’s Relations with the UAE, Bahrain, and Oman

The UAE is arguably the GCC state closest to Syria’s government. Abu Dhabi can be counted on to try to build up more support from within the Arab League for not only readmitting Syria to the organization but also trying to rally more Arab governments against the Caesar Act. With strong words about Assad’s “wise leadership” and the UAE and Syria’s shared interests and historical relationship, Emirati diplomats often pay much respect to the Syrian president and other Ba’athist officials in Damascus.

Ultimately, it can be said that despite initially supporting the Syrian opposition in 2011, the UAE has fully re-embraced Assad and frames the Abu Dhabi-Damascus rapprochement in terms that relate to the UAE and Syria’s common perceived struggles against extremism as well as historic and “brotherly” bonds between the two Arab countries dating back to the 1970s.

Abu Dhabi would certainly like to see the Caesar Act lifted. Speaking alongside his Russian counterpart at a news conference in the UAE on March 9, the Emirati foreign minister Sheikh Abdullah bin Zayed Al Nahyan said the US’s economic pressure on Syria “as it is today makes the matter difficult”. For sure, if the UAE can convince the US to lift, or at least ease, the Caesar Act that would mark a major accomplishment in terms of Emirati lobbying capabilities in Washington.

Bahrain, which is under an increasing amount of Emirati influence, aligned with the UAE (rather than Saudi Arabia, as it might have done in the past) on both the questions of renormalizing relations with Syria and establishing full-fledged formalized ties with Israel. Yet it is safe to say that Manama must have at least received the ‘green light’ from Riyadh to restore diplomatic relations with Assad’s government in December 2018.

Oman, as the GCC state on warmest terms with the Islamic Republic of Iran, took a stance on the Syrian crisis that adhered to Muscat’s doctrine of “non-interference” and balanced geopolitical position in the region. Similar to Algeria’s sovereigntist governance ideology, Oman believes that independent nation-states must respect each country’s sovereign rights. Muscat also never saw Iran engaging in actions in Syria that threatened Omani interests, thus the Sultanate saw nothing substantial to gain from Assad falling to anti-Iranian forces.

It was unsurprising how Oman refused to sever diplomatic relations with Assad’s government. At the same time, the Omanis have been hosting members of the Syrian opposition, making it clear to all sides in the conflict that Oman is available to facilitate constructive dialogue between the parties in the interest restoring peace to Syria. Omani officials have visited Damascus as part of their efforts to help Syrians engage in dialogue that’s necessary for winding down the war.

Kuwait, where much of the financing for the Syrian opposition initially came from, has not joined the UAE and Bahrain in officially restoring formalized diplomatic relations with Assad’s government. But Kuwait’s position against Syria’s regime is less rigid than Saudi Arabia and Qatar’s.

Part of this must be understood within the context of Kuwait’s own demographic makeup and the government’s desire not to allow regional conflicts to inflame sectarian temperatures between Sunni and Shi’a citizens at home. Although the Russian, Iranian, and Syrian militaries along with Lebanese Hezbollah took actions in Syria that outraged many Sunnis in Kuwait, the atrocities committed by Assad’s jihadist enemies against religious minorities in Syria, including Shi’a/Alawite Muslims, raised fears among members of Kuwait’s Shi’a communities.

By taking a relatively ‘balanced’ position on the Syrian crisis that serves to only enhance Kuwait’s reputation as a consensus builder among Arab states, the Kuwaiti government has been somewhat careful about how it deals with Syria and the Assad regime.

Some experts contend that Saudi Arabia permitted Bahrain to formally re-accept Assad’s legitimacy as a trial balloon for Riyadh. Yet the last time in which the Saudi kingdom articulated its stance on Syria’s government was in 2019 when Riyadh affirmed its decision not to re-normalize relations with the Damascus regime.

To be sure, the day in which the Al Saud leadership decides to re-accept Assad as Syria’s legitimate head of state will mark a major watershed in Russia’s quest to facilitate the renormalization of Damascus’s position within the wider Sunni Arab world. For now, however, Riyadh is not ready to re-accept Assad.Qatar, which aligns with Turkey on many regional issues such as Syria, maintains that Assad’s government is illegitimate.

Officials from Doha continue to speak out against the Assad regime’s human rights abuses in various forums. That said, the 2017-2021 blockade of Qatar did require Doha to improve its relations with Tehran, although Syria remains a contentious regional issue where the Qatari and Iranian governments have agreed to disagree, although earlier in Syria’s civil war, prior to the eruption of the GCC crisis in 2017, the conflict was a greater source of friction between Doha and Tehran.

Looking ahead, the Russians will likely continue to engage in diplomacy in GCC capitals to bolster the standing of Assad’s government and the region, particularly among wealthier states that can provide funding for Syria’s reconstruction. Officialdom in Moscow and Abu Dhabi will hope that the new US administration chooses to not enforce the Caesar Act sanctions too strictly and that the Emiratis will be able to help facilitate further reintegration of Assad’s government into the wider regional landscape without causing any rift in UAE-US relations.

Yet if Biden signals his intent to come down hard with these Trump-era sanctions, Abu Dhabi might need to hold off on becoming further involved in Syria. If the Caesar Act continues to be enforced, it is a safe bet that Iran (already hard hit by US sanctions) will be in a strong position to secure most of the post-conflict business opportunities that arise in Syria.

Syria could therefore be the source of new tension between certain GCC states and the US. The UAE, Bahrain, and Oman have taken positions far more in line with Russia’s interests in Syria than the US and most European states.

The countries that want to help rebuild Syria and restore the war-torn country’s good standing in the Arab League may find themselves growing increasingly frustrated with Washington’s firmly anti-Assad stance. Just as President Barack Obama’s refusal to give greater support to Syrian rebels fighting the regime led to some resentment on the part of some Gulf Arab states, it would be easy to foresee Biden’s support for the Caesar Act being the next chapter in the book on Syria-related tensions in US-GCC relations.

Kristian Coates Ulrichsen is a Fellow for the Middle East at Rice University's Baker Institute for Public Policy and an Associate Fellow at Chatham House in London. He is the author of five books about the political economy, security, and international relations of the Gulf States, the most recent being Qatar and the Gulf Crisis (Oxford University Press, 2020).