Why Many Liberation Movements Fail at Government

When the would-be liberators are themselves at odds, as in Somalia and South Sudan, or Liberia and Sierra Leone in West Africa, it carries terrifying dangers of state collapse. 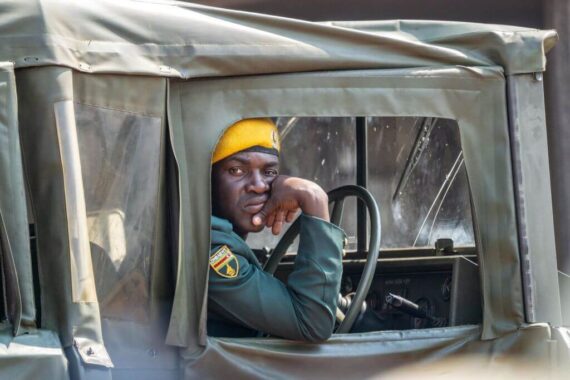 A military driver waits to transport the casket containing the body of the late Zimbabwean president Robert Mugabe from family residency in Harare on September 13, 2019. Photo by Zinyange Auntony, AFP via Getty Images

The magic moment in the life of a victorious guerrilla insurgency comes when it finally seizes the capital of the state for which it has fought, often at great cost and for many years, and the shattered remnants of the old regime flee or surrender.

But what happens then? Can the movement transform itself at a stroke from an army into a government? If so, what kind of government will it form? How successfully can it achieve those objectives for which it had fought, and resolve the multiple problems that power brings with it? Why do some movements manage this transition far more successfully than others?

For a start, will the liberation movement be able to form a government at all? This is not normally a problem, since it will have at its back a victorious army, with the capacity to enforce its will that this brings with it. Where it is a problem, as in Somalia and South Sudan, this is invariably because the movement was itself divided, with deep underlying weaknesses, and won out more because of the failures of the incumbent regime than of any strengths of its own. When, as in Angola, Mozambique or Zimbabwe, there were rival would-be liberators, victory over that regime is likely to be followed by a vicious settling of accounts between them.

VIDEO: Independence Movements and Their Aftermath

But for the great majority of successful liberation movements, victory brings with it an overwhelming sense of entitlement, which justifies (at least for its members) the unfettered exercise of power, not merely in the immediate aftermath of the transition, but for long into the future. The experience of liberation war becomes deeply entrenched in the minds of those who have fought it, who have risked their own lives in the struggle, and who have often seen their comrades die for the cause.

This becomes the defining moment that gives meaning to their lives, and even though they normally hold elections to provide a legitimizing basis for their government, and win them with overwhelming majorities, they did not gain power through the formalities of liberal democracy, and feel under no obligation to give it up, should elections go against them.

Opponents are regarded, not as legitimate competitors for government office, but rather as traitors to the sacred cause.

At the same time, running a government is an activity very different from fighting a liberation war, and the sudden transition from one to the other calls for a transformation not only in what fighters-turned-rulers have to do, but also in how they have to think. In the field, everything is subordinated to the single overwhelming objective of victory, and the different elements in the struggle, including economic and social policies as well as military affairs, have to be seen in that context.

Running a government is an activity very different from fighting a liberation war, and the sudden transition from one to the other calls for a transformation not only in what fighters-turned-rulers have to do, but also in how they have to think.

Government, however, is about choices and priorities. It involves balancing alternative goals and means to attain them, which cannot simply be reduced to a single overarching objective. It also calls for reconciling the interests and demands of different groups within the population, some of which will normally have been associated with the ousted regime, but nonetheless remain central to managing the state and the economy, regardless of who is in power.

This in turn requires political skills of a kind that do not come readily to leaders whose previous goal has been the uncompromising pursuit of victory, and whose first resort in attaining that goal has been military force.

One critical variable at this point is leadership, and though this is certainly an important element during the struggle, the demands on leaders are significantly changed in the aftermath of gaining control over a national government. For a start, the unity imposed on the liberation movement by the need to combine for a common goal gives way to complex policy debates that arise from alternative priorities.

It is rare indeed for divisions not to arise between factions within the movement, sometimes going well back into the period of the struggle but now exposed by the new kinds of decision that need to be made. These may be ideological, between ‘hard liners’ committed to the original uncompromising objectives of liberation and ‘compromisers’ willing to adapt pragmatically to the changed circumstances in which they now find themselves; they may be ethnic, as individuals coming from different regions or belonging to different groups cluster together for reasons of patronage or protection; or on occasion, they may simply be personal.

The collegiality and comradeship that forged in the struggle likewise come under strain as the leader starts to operate within the framework of a state, and in particular gains an access to the international system and the massive resources that this has to offer, that is denied to those lower down the hierarchy. The cultivation of good relations with the populations among whom the liberation war was fought gives way to a world of aid donors and summit meetings, in which external actors almost invariably associate the state with the individual who officially leads it.

Put simply, some leaders are just better at managing the transition from struggle to statehood than others, and though this rarely affects their ability to cling onto power, since this is a vital skill for anyone who rises to the top of an insurgency, it certainly affects how they use that power, and the kind of post-insurgent state that emerges as a result.

One striking contrast between leaders of neighboring states who achieved their victories at precisely the same moment but then sharply diverged separates Meles Zenawi in Ethiopia, a man of extraordinary intelligence who readily recognized the very different demands of running a complex state within a rapidly changing global system, and Isaias Afwerki in Eritrea, who remained locked within the mindset of a liberation fighter.

The problems of leadership are intensified by the fact that guerrilla warfare is a young man’s game (and not a woman’s game at all), with the result that once established, leaders may remain in power for a very long time.

Fidel Castro remained the effective ruler of Cuba for almost half a century after seizing power in 1959, while Yoweri Museveni, who on coming to power in Uganda in 1986 proclaimed that African leaders stayed in office for far too long, is still there thirty-five years later.

Prolonged liberation war, whether directed against colonial or settler regimes or against a domestic dictatorship, leaves an indelible mark on those states and societies that have experienced it. When the would-be liberators are themselves at odds, as in Somalia and South Sudan, or Liberia and Sierra Leone in West Africa, it carries terrifying dangers of state collapse.

More often it leads to powerful and militarized regimes, often with a highly personalized leadership, in which the prospects for transition to democracy are slight, and the legacy of past guerrilla struggle continues to wield a disproportionate influence. Rarely indeed, for the mass of the population, does deliver the ‘liberation’ that it promised. 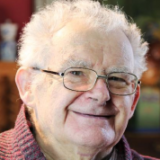 Christopher Clapham is based at the Centre of African Studies, Cambridge University, and for fifteen years was editor of The Journal of Modern African Studies. He is a specialist in the politics of Ethiopia and the Horn of Africa, and his books include Haile Selassie's Government (1969), Transformation and Continuity in Revolutionary Ethiopia (1988), Africa and the International System: the politics of state survival (1996), African Guerrillas (1998), and The Horn of Africa: State Formation and Decay (2017).