With US Investors Fleeing Latin America, China Steps In

The arrival of Chinese competitors in Latin America has caused great consternation in Washington, DC. 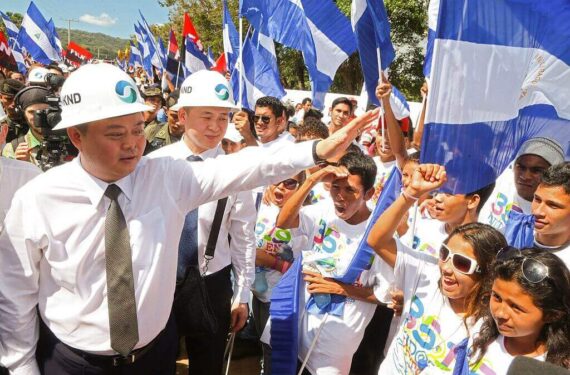 Chinese businessman Wang Jing (L) of HKND Group greets members of the Sandinista National Liberation Front during the inauguration of the works of an inter-oceanic canal in Tola, some 3 km from Rivas, Nicaragua, on December 22, 2014. Photo by Inti Ocon/AFP via Getty Images.

Last year, as the Latin America reeled from COVID19 and the related economic crisis, one area of economic activity rebounded: Chinese investments in the region’s infrastructure, particularly the electrical grid of Peru and Chile. Chinese mergers and acquisitions in the region jumped from $4 billion in 2019 to $7 billion last year, with an additional $5 billion in already-announced purchases set to take effect this year. These purchases involved Chinese state-owned enterprises (SOEs) buying up assets sold off by Western investors fleeing an economic downturn.

Such a sudden boost raises the questions of why China is investing when others are leaving, and whether Latin American – or U.S. – leaders should be concerned. Recent evidence from Peru’s governance of its power sector gives encouraging signs that the region may be learning to enact and enforce the right kind of regulatory oversight to manage the relationship. U.S. leaders would be wise to understand the incentives of Chinese investors, and recognize that Latin America benefit from a diversity of partnerships, including the U.S. and China.

Why are they coming?

In 2020, Latin America and the Caribbean (LAC) suffered the worst economic downturn of any region in the world, seeing GDP shrink by over 7% and poverty jump to levels not seen in a generation. In contrast, China was the only country in the world with GDP growth, so it is not surprising that what little investment LAC saw came from China.

It is also unsurprising that the largest Chinese investors in Latin America in 2020 are SOEs. Instead of quarterly profit metrics, Chinese SOEs have longer-term goals driven not only by commercial aims but also by overarching policy dictated through China’s five-year plans. So it makes sense that when market downturns scare away Western private investors, Chinese SOEs would be willing to buy in.

During the 2008-2009 financial crisis, Latin America suffered much less than would have been expected in previous U.S. recessions, because the region still had an external partner – China – willing to invest and trade with the region.

Should LAC governments be concerned?

Chinese investors have been a lifeline for Latin American economies during past economic slowdowns. During the 2008-2009 financial crisis, Latin America suffered much less than would have been expected in previous U.S. recessions, because the region still had an external partner – China – willing to invest and trade with the region.

However, the question remains of whether LAC governments can sufficiently oversee Chinese investors. These investors have been heavily concentrated in sectors tied to environmental and social problems: mining, oil extraction, and now infrastructure. However, the recent experience of Peru in taking care with new Chinese electricity investment suggests that on this they are capable of doing so if they have the necessary political will.

Chinese investment in LAC has been linked to significant environmental damage and social conflict, being concentrated as it is in a few sectors. But Boston University research shows that Chinese investors do not perform worse than their western peers within those sectors, but respond strictly to regulation. Simply put, Chinese SOEs have different incentives from private companies. They are not subject to shareholder activism, so host countries should not expect them to out-perform local standards, but neither are they subject to quarterly profit goals, so they can absorb the short-term costs of complying with national regulations, in the name of long-term relationship-building. 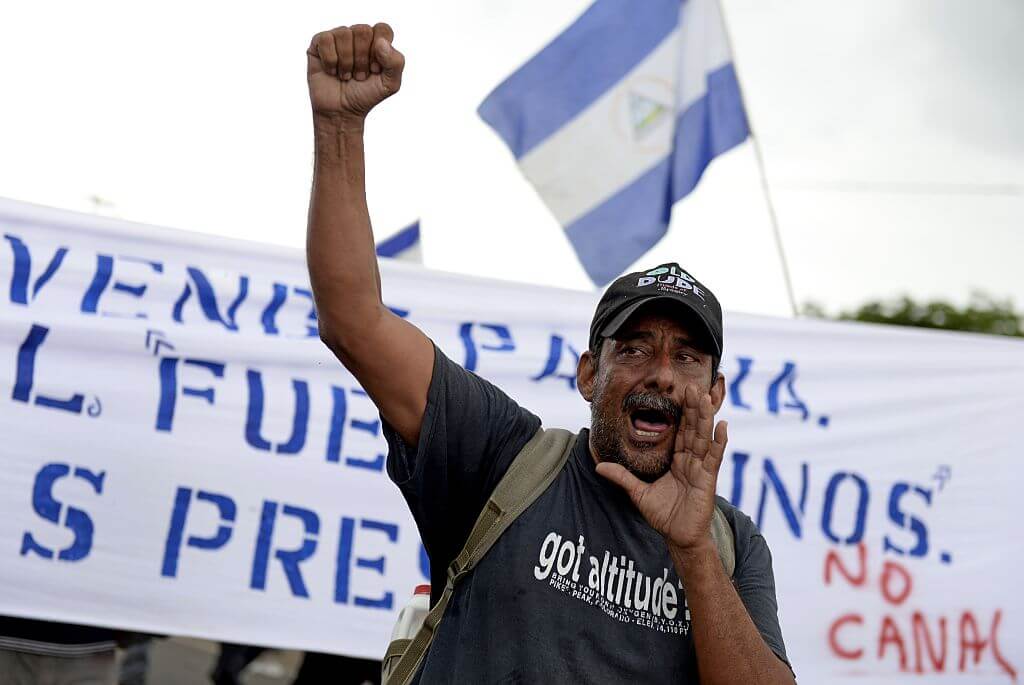 A peasant raises his fist as he shouts slogans during a protest against the construction of an inter-oceanic canal in Juigalpa, Nicaragua on June 13, 2015. Nicaragua and Chinese company HKND Group launched in 2014 construction of an ambitious billion rival to the Panama canal that could handle even larger ships. Photo by STR/AFP via Getty Images.

Indeed, the investor-host relationship is essentially state-state, in which staying power is key. Proper regulatory frameworks are crucial: LAC governments need not fear that regulation will scare away Chinese investors, but recognize that it is a crucial tool to ender high-level social and environmental performance from these firms.

To find examples, one need only look a decade or two in the past, to the first wave of Chinese investment in LAC. In the mid-2000s, western oil and mining companies were hesitant to invest but Chinese companies – like now – were happy to step in. In Peru, Chinese mining companies arrived as the government privatized state-owned mines and Western investors were wary of these potentially-risky ventures in a newly open market. Research comparing these Chinese firms’ environmental and social performance with their U.S. and Canada-based peers showed no significant difference in labor or environmental practices.

As mineral prices cooled in the early-to-mid 2010s, LAC governments began rolling back those environmental and social protections to facilitate faster new investment projects and fill the economic gap left in the wake of the commodity boom. But the investment that came in was largely Chinese (notably including the large-scale las Bambas copper mine in Peru, owned in majority by China Minmetals Corporation). There is no evidence that loosening regulations facilitated their arrival, so governments have merely relinquished due diligence, not accelerated investment. Las Bambas has since devolved into years of local conflict over environmental and social governance of the project.

In the current wave of Chinese investment, the relevant regulatory area is market concentration. Chinese investors have arrived with such vigor into two markets in particular – electricity distribution in Peru and Chile – that concerns have arisen that the entire sector will be foreign owned, and owned by state-owned enterprises from one foreign government in particular: China. This regulatory challenge cannot be satisfied by well-performing firms. Their mere presence is enough to trigger concerns of monopoly or oligopoly. So it will be incumbent on these national governments – who have sometimes shown themselves willing to de-regulate to attract investment – to determine where the line is for them and hold that line.

Peru has shown itself willing to do so in this case, vetting China Three Gorges Corporation’s purchase of local power company Luz del Sur for several months, because the same company is involved in energy generation in Peru, through its ownership of the Chaglla and San Gabán III hydropower plants. To prevent self-dealing, which could result in price fixing and higher electric bills for Peruvian consumers, a judge ruled that Luz del Sur would be required to buy its electricity on public auction, like all other power distribution companies. This ruling is an encouraging indication that LAC governments are willing to enforce their own regulations on Chinese investors in this area.

Should the U.S. be concerned?

The arrival of Chinese competitors in Latin America has caused great consternation in Washington, DC. Former U.S. President Donald Trump took a clear stance of discouraging Latin American countries from doing business with China. But rather than stand between the two, Trump’s trade tensions with China actually propelled China-Latin America trade further, as China looked to South America to take the place of the U.S. as a supplier of agricultural products. Observers broadly agree in expecting Biden to take a more conciliatory, realistic approach to the region.

As such, it is important recognize that this new wave of Chinese investment is driven by economic incentives. State-owned enterprises simply do not face the same pressure to divest from emerging markets during downturns that private corporations do. None of this poses a threat to the U.S. or U.S. firms, who are fleeing the region at the same time. In fact, U.S. investors benefit from the fact that Chinese and U.S. business cycles do not move in parallel: when U.S. firms wanted to sell last year, Chinese firms were in a position to buy. The reverse will hopefully be true when U.S. investors are interested in re-entering the market. 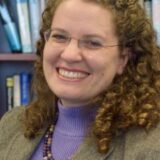 Rebecca Ray is a Senior Academic Researcher at the GDP Center. She holds a PhD in Economics from the University of Massachusetts-Amherst and an MA in International Development from the Elliott School of International Affairs at the George Washington University. Since 2013, she has focused her GDP Center work on the nexus of international development finance, particularly China’s role in reshaping the global financial landscape, and sustainable development, particularly in Latin America. She produces the annual China-Latin America Economic Bulletin series and the China’s Overseas Development Finance database. She was lead editor for the books China and Sustainable Development in Latin America: the Social and Environmental Dimension and Development Banks and Sustainability in the Andean Amazon.