Sports has been one of Qatar's leading soft power tools and the country advertises itself through sports as it has a magic transcending politics. 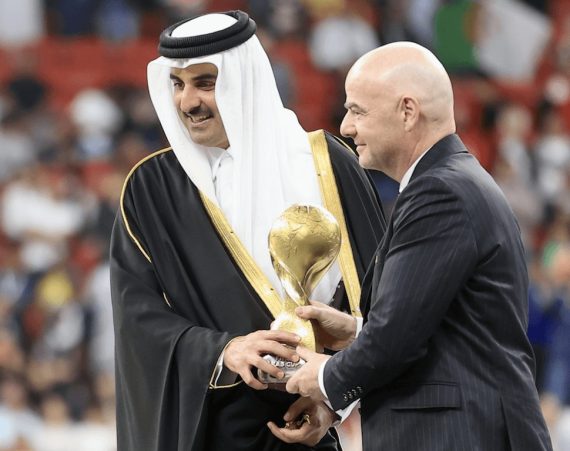 During a visit to Europe while young, the former emir of Qatar Hamad bin Khalifa was asked by an immigration officer at a European airport where the state of Qatar was located. Today, there is an airport in Qatar named after him, the Hamad International Airport, and Qatar has become a well-known Middle Eastern country, especially after its political role in the Arab Spring and its remarkable successes in the fields of media, energy, and diplomacy. As a strategy, Qatar makes use of soft power tools, including sports. The country’s emir and his close advisors realize the importance of sports diplomacy in achieving the country’s goals of becoming a regional sports hub.

Qatar has invested time and effort, showing a massive capacity in order to gain the rights to organize the FIFA 2022 World Cup, one of the world’s most important global sports events. Qatar will become the first country in the region to host this major sports event.

Qatar’s hosting of the FIFA 2021 Arab Cup was a turning point for a number of reasons. After a long interval of almost two decades, the Arab Cup was finally organized in December 2021 and took place in Doha. For the first time, all Arab countries participated in the event, which was professionally organized. The Arab Cup was first launched in Lebanon in 1963, but due to regional instabilities could only be held 10 times.

Technically, Qatar wanted to test its ability to run the FIFA 2022 World Cup with the Arab Cup, which was a mini-test for the World Cup scheduled to kick off on December 2, 2022. Naturally, beyond the sports, these international organizations are linked to Qatar’s national interests. Qatar proved itself very successful at winning over the hearts and minds of the Arab peoples who follow this tournament.

Qatar’s hosting of the FIFA 2021 Arab Cup was a turning point for a number of reasons.

At sports events, Middle Easterners a savor moments of joy and foster the feelings of brotherhood and unity, putting aside conflicts and regional disagreements. In April 2021, at the draw ceremony of the FIFA Arab Cup at the Katara Opera House, FIFA President Gianni Infantino said that the Arab Cup, which took place for the first time under the FIFA umbrella, will unify the Arab world. He added, “The FIFA Arab Cup 2021… will be a great opportunity to unite the Arab world through football besides testing Qatar’s operational readiness for the prestigious FIFA World Cup in 2022.”

Indeed, the FIFA Arab Cup, according to the testimony of observers such as Yaya Touré, an Ivorian professional football coach, stressed the role of sports in raising the values of brotherhood and friendship in the region.

Meanwhile, the match that was scheduled to take place between Arab and world football legends under the auspices of the Arab Cup was cancelled as Arab players withdrew in protest of the presence of an Israeli coach. All the above contributed to highlighting the true pulse of the Arab peoples, and Qatar benefitted from allowing such freedom of expression.

Qatar does not limit itself to hosting Arab sports events and practices sports diplomacy in wider regions. The country recently hosted the Turkish Super Cup between Beşiktaş and Antalyaspor. On January 5, 2021, Qatar also hosted the African Super Cup.

Qatar advertises itself in a discreet manner through sports, especially since sports has a magic that can sometimes transcend politics and even contribute to finding solutions to political problems.

It is important to remember that one of the motives for the Gulf reconciliation was the desire of Qatar’s neighbors to benefit from the 2022 World Cup, whereby Emirati and Saudi airlines would see the benefits of transferring sports fans from all over the world to Qatar. Qatar has organized world sports events in a professional manner that is unprecedented in the region and has built cutting-edge infrastructure like stadiums equipped with the highest-level equipment and modern technology.

One such example is hologram technology, which was used for the first time in the Arab world in opening ceremonies, and in which a group of late artists sent messages calling for unity, brotherhood, and tolerance. These efforts have drawn praise from across the world, and continue to bolster Qatar’s image and reputation in both the international and regional public opinion. 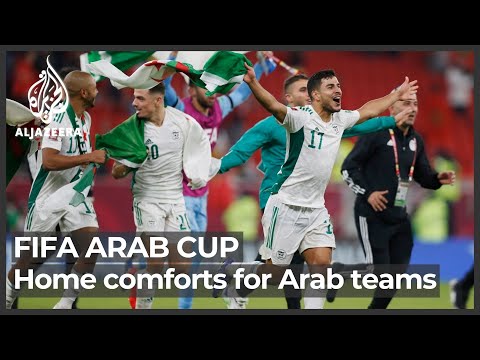 VIDEO: Arab teams get taste of World Cup experience at the FIFA Arab Cup in Qatar 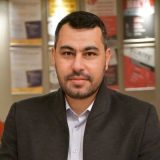 Mahmoud Al-Rantisi is a researcher at SETA Foundation. He received his PhD in International Relations from Gazi University in Ankara and is the editor of Ruya Turkiyye which is published by SETA in Arabic. His area of research covers Turkish and Arab-Gulf affairs, and he has written two books on the Gulf and Turkey, the most recent of which is Turkish-Qatari Relations and the Regional Power Balances (available in Turkish and Arabic).