A Shared Struggle: How A Book Brought Palestinian and Irish Hunger Strikers Together

Several hunger strikes have been carried out by Palestinian and Irish prisoners to protest administrative detention, along with cruel and inhuman treatment, and torture. 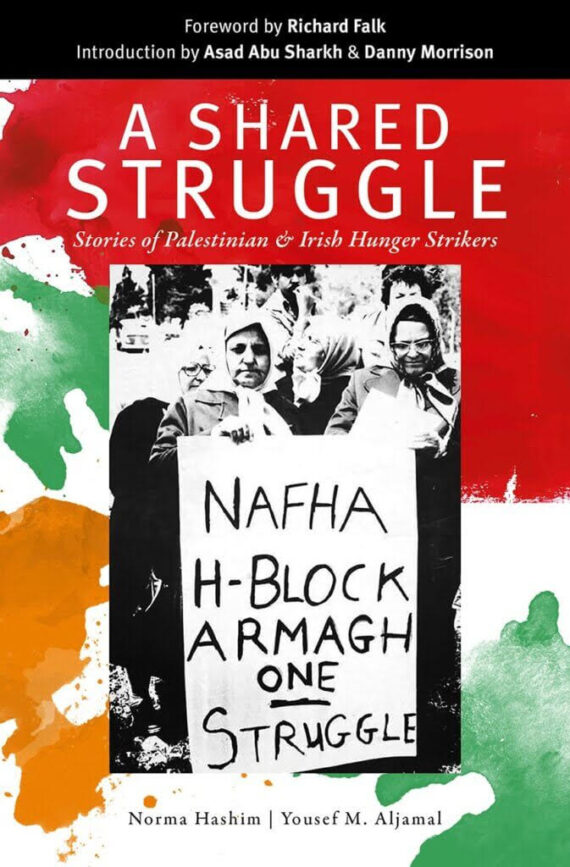 The recent capture of six escaped Palestinian political prisoners from Israel’s Gilboa prison meant their freedom was tragically short-lived. But the escape itself, reportedly through a tunnel dug with a rusty spoon, helped put a spotlight on the plight of Palestinian prisoners and their steadfast resolve to resist the Israeli settler-colonial regime.

The publication of A Shared Struggle: Stories of Palestinian & Irish Hunger Strikers (2021) by Norma Hashim and Yousef M. Aljamal is likely to help steady the focus of that spotlight and add another dimension; namely, the use of the hunger strike to call attention to the freedom struggle and the long history of this tactic which has been used not only to improve prison conditions and uphold the dignity of prisoners but also to expose the fundamental nature of colonialism.

Read: Border and Rule: Global Migration, Capitalism, and the Rise of Racist Nationalism

Of course, numerous other parallels between the Irish and Palestinian struggles abound. In their valuable introductions, the Palestinian-Irish academic Asad Abu Sharkh and former Irish political prisoner Danny Morison point out many of them, including the settler-colonial Plantation of Ulster and the role of Herbert Samuel, the British Home Secretary who oversaw the internment of thousands of Irish revolutionaries during the Easter Uprising of 1916 and who later advocated for the Balfour Declaration and became the High Commissioner to Palestine, where he helped repress Palestinian resistance to British colonialism.

Ultimately, it’s the contrast between the Irish and Palestinian hunger strike experience that seems most politically instructive, as noted by international law expert Richard Falk in his foreword.

It becomes easy to understand why to this day popular sentiment in Ireland is often with the Palestinians, why murals in Belfast testify to this solidarity, and why the Boycott, Divestment, and Sanctions (BDS) movement has made such headway there.

But ultimately, it’s the contrast between the Irish and Palestinian hunger strike experience that seems most politically instructive, as noted by international law expert Richard Falk in his foreword. Chief among the differences, Falk notes, was the willingness of the Western corporate media to cover the Irish hunger strikers in 1981, most notably Bobby Sands who was elected to the British Parliament while on hunger strike and whose death from starvation, along with nine other strikers, is often credited as a pivotal moment.

That same media, however, studiously avoided coverage of Palestinian hunger strikers, denying them the publicity that is essential to the success of a hunger strike, as several contributors to this book point out in their accounts of their experience.

Falk takes to task the liberal Zionists in the media, such as Thomas Friedman of the New York Times, who urged Palestinians to adopt nonviolence as their resistance strategy but then hypocritically ignored one of the ultimate forms of nonviolence–the hunger strike which does harm only to the body of the prisoner. That Palestinian hunger strikes have been taking place in  Israeli prisons for decades, resulting in the deaths of numerous prisoners, is largely unknown outside of Palestine, which is yet another reason for the importance of this book.

Mass incarceration and confinement strategies have long been an essential tool of colonial and neocolonial powers and in many cases represent the preferred options of so-called liberal democracies, such as Britain, France, and the United States. Israel, of course, is no different. Since the 1967 War more than 700,000 Palestinians, or nearly 40 percent of the population in the occupied territories, have been imprisoned at some point in their lives.

The Gaza Strip today is accurately characterized as an open-air prison, and curtailing freedom of movement through checkpoints, the Apartheid Wall, closed military zones, curfews, and other methods is a salient feature of life for Palestinians in the West Bank.

Currently, Israel incarcerates about 4,650 Palestinian political prisoners, including 200 children, 40 women, and 520 held under “administrative detention”, which is a suspension of habeas corpus that means people are never charged and never have their day in court, the kind of draconian, Kafkaesque measure that the United States duplicated in Guantanamo.

The testimonies in A Shared Struggle provide flesh and blood to these statistics and give readers a glimpse of the courage and determination of the hunger strikers who risk death, do serious harm to their own health, and experience agonies that few can even imagine.

As A Shared Struggle shows, several hunger strikes have been carried out to protest administrative detention, along with cruel and inhuman treatment, torture, restrictions on and denial of family visits, medical neglect, solitary confinement (itself a form of torture), and other violations of international law that the Israeli government implements on a daily basis.

The testimonies in A Shared Struggle provide flesh and blood to these statistics and give readers a glimpse of the courage and determination of the hunger strikers who risk death, do serious harm to their own health, and experience agonies that few can even imagine. Their heroism is all the more profound when you realize that being removed from society does not mean you are removed from history. In fact, as both the Irish and Palestinian struggles demonstrate, prisoners make history. 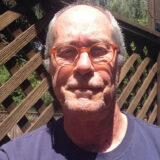 Rod Such is a former journalist and retired encyclopedia editor. He is active in decolonization campaigns.