Iran’s enemies are clearly emboldened to make use of Iran’s security faults. 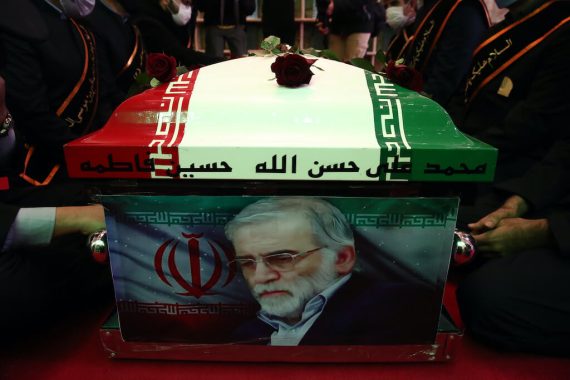 Curiously, while until 2010, the Forqan Group and the Mojahedin-e-Khalq, the two anti-regime armed groups, were held responsible for the assassinations, eight assassinations, including that of Iran’s top nuclear scientist Mohsen Fakhrizadeh in November 2020, were laid at Mossad’s feet.

The only exception was the murder of Qasem Soleimani, the commander of Iran’s elite Quds Force, in January 2020 for which the U.S. administration under Donald Trump claimed responsibility. Also, apart from Soleimani’s murder in Baghdad, almost all of the assassinations took place inside Iran. Most recently, on May 22, 2022, Colonel Hassan Sayyad Khodaei, a colonel in the Quds Force, was shot dead in broad daylight in downtown Tehran by assailants on motorcycles.

Almost immediately, Iranian authorities blamed Israel for the murder. Only days after this incident, on May 30, Iran reported the death of Ali Esmailzadeh, another colonel at Quds Force, as a result of an “incident in his residence” amidst the claims that he too was assassinated.

Read: Political Assassinations: From the Assassins to Modern Politics

The IRNA denounced the claims as “psychological warfare and fake news.” Then, on the following day, Iran reported the death of Ayoob Entezari, a 35-year-old aerospace engineer who was specialized in missiles and drones, which further stirred up the suspicions around these deaths.

The local authorities in Yazd Province, Entezari’s hometown, called him an “ordinary employee at an industrial company” and reported that he died from an unspecified “illness” at hospital. But his death, too, was mysterious to say the least. Soon after the official reports, several photos of Entezari with Hassan Rouhani, Iran’s former president, were unearthed dating back to 2019 at the launch of Ghadir Industrial Turbines Company’s turbine factory in Yazd where the former was showing the president around.

Furthermore, on June 4, Mehran Fatemi, governor general of Yazd Province, sent a commendation letter to Entezari’s family where he addressed them as the “glorious family of the sublime martyr Dr. Ayoob Entezari.” Almost immediately, Ali Salehi, the head of the communications department of the provincial administration, issued a statement saying the wording in the letter was a “mistake” that had been “immediately” rectified and denied any suspicions over Entezari’s death. However, there are certain things which cannot be so easily denied.

Read: Why Is It So Hard to Reach a New Nuclear Deal with Iran?

Fakhrizadeh’s killing exposed Iran’s security fault lines and suggested its security forces may have been infiltrated making the Islamic Republic vulnerable to further attacks. That Khodaei’s assassination was a clear indication of this vulnerability goes without saying. In fact, modern world history is full of assassinations of every sort in almost every corner of the planet.

Iran, too, has been the victim of campaigns of assassinations while it also has its own record of political killings. What makes the recent series of assassinations of Soleimani, Fakhrizadeh, and, most recently, Khodaei exceptional is the current juncture and confusion in Tehran.

As Iran’s frustration grows from the nuclear talks in Vienna, tension rises in Tehran over what to do next. Ramping up the nuclear weapon efforts, which Iranian authorities categorically deny, is always an option—at least on paper. Just a few days ago, on June 11, in an interview, Israel’s prime minister Naftali Bennett told UK’s Telegraph that Iran is “dangerously close” to producing nuclear weapons and that its “nuclear program won’t stop until it’s stopped.”

Obviously, Israel is not a credible source on Iran’s policy orientations, but concerns over Tehran’s nuclear ambitions are shared by several other capitals in the Middle East and beyond. On June 8, Iran turned off two surveillance cameras used by the International Atomic Energy Agency (IAEA) to monitor a nuclear site in Iran.

Read: Ship Attacks in the Persian Gulf: Another Manifestation of an Iranian-Israeli Proxy War?

This is the latest compromise of the Comprehensive Plan of Action (JCPOA), widely known as the nuclear deal of 2015, which started immediately after Fakhrizadeh’s assassination. It is certainly hard to imagine any state which would support Iran’s nuclear program to the full. However, it is equally hard to think that everybody in Tehran is on the same page about whether or not to use the “nuclear card” so heedlessly in the face of the stalled efforts to revive the deal. Part of the tension in Tehran is surely about this.

In one of his speeches, Ali Khamenei, Iran’s supreme leader, refers to the dangers of internal conflict in the following words: “If we clash with one other, if we collar each other over political, economic, or personal issues, this will embolden our enemy. The slightest courage that our enemy has found against us stemmed from our internal conflicts.”

Iran’s enemies, more precisely the U.S. and Israel, are clearly emboldened to make use of Iran’s security faults. One day after Khodaei’s assassination, Iran’s president Ibrahim Raisi referred to the “global arrogance,” a term used by Iran to describe the United States and Israel, as a culprit and vowed to take revenge for the colonel’s killing.

However, there is a growing distress among the wider public opinion and Tehran’s political circles regarding the general framework of Iran’s foreign policy. The potential burden of further compromising the JCPOA to the point of no return is too heavy for Iran to bear and there are those who think the risk must not be taken. Moreover, if this were to happen, Iran will not only suffer further diplomatic and economic isolation, but, at the same time, moderate groups will entirely lose the ground to hardliners with serious political consequences at home.

Is war an option?

Apart from Soleimani’s killing at the hands of the U.S., there has been no claim of responsibility for the killings of other Iranian individuals, and the Iranian authorities have offered no concrete evidence about the criminals so far. Furthermore, Tehran has taken all of these provocative actions relatively lightly and refrained from overreacting to avoid an armed conflict.

The overwhelming majority of ordinary Iranians is against a war as long as their national security is not under imminent threat. They have different priorities and expectations, most obviously economic ones, which President Raisi has failed to meet in his first year in office.

The same also holds true for a good portion of the country’s political elites, but the moderates are dangerously losing ground to the hardliners. So, war is not an option. On the other hand, the revival of the JCPOA is crucial to Iran’s national interests. Of course, it is not a magic wand, and it cannot fix all of Iran’s economic problems, but Iran needs the nuclear agreement nevertheless.

It needs it to rehabilitate its economy by generating the kind of growth that would placate its restive population, to rid itself of isolation, and ease the tension at home. Otherwise, not only will the popular economic dissatisfaction potentially grow, but internal conflict will also escalate. This is where the real risk lies for Iran. 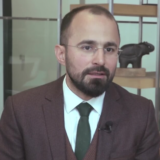