Lithuania was hit by China's sanctions like never before. 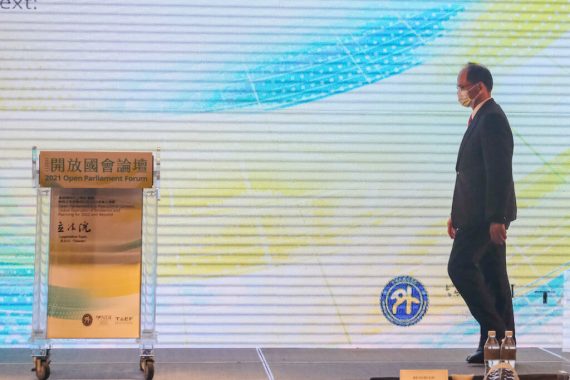 China-Lithuania relations reached a breaking point in July 2021 over Lithuania’s decision to allow a Taiwanese representative office to open under the name of “Taiwan” in Vilnius. The de facto embassy officially opened in November of the same year.

This move was received by China as an attack on the “One China” policy. Only 15 nations have formal ties with Taiwan, while most others have informal relations with the country through trade offices under the name of “Taipei” to avoid conflict with China.

As a result, Lithuania was hit by sanctions like never before by China. These Chinese sanctions were “unconventional” and included Lithuanian exports, EU products containing Lithuanian parts, as well as raw material imports from China.

China downgraded its diplomatic ties with Lithuania and recalled its ambassador in August 2021, and three months later, its consular services were suspended until further notice. Last December, the Lithuanian embassy in China was shut down.

Earlier this year, Lithuania’s president Gitanas Nausėda stated on news radio Ziniu Radijas that the name of the office was a “mistake” and that the nation is now dealing with its consequences as both Lithuanian companies and European companies that procure parts from Lithuania express concern.

Although China-Lithuania economic ties are relatively insignificant, where China has little investment in Lithuania and Lithuania’s exports to China account for around 1% only, the sanctions have shifted some foreign companies’ interests in Lithuania due to the influence China has on the global supply chain. The interconnectedness of the EU economy means that the sanctions affect other member states of the EU too.

Amidst the EU trend to criticize China on human rights issues, and its leniency towards Taiwan and Hong Kong, China’s harsh stance is exemplary of the consequences of what other nations might encounter if the “One China” policy is challenged. European Commissioner for Trade Valdis Dombrovskis stated that “the EU is respecting the One China Policy and our assessment is that steps taken by Lithuania do not step out of the One China Policy framework.”

The EU recently took the case of Lithuania to the World Trade Organization (WTO) accusing China of illegal trade practices. Dombrovskis commented, “The EU is determined to act as one and act fast against measures in breach of WTO rules, which threaten the integrity of our Single Market. We are in parallel pursuing our diplomatic efforts to deescalate the situation.” The U.S., the UK, Australia, Canada, Japan, and Taiwan have also backed the case.

High-tech and infrastructure are issues of repeated dispute between China and Lithuania. In September, Lithuania’s Defense Ministry had urged consumers to dispose of their Chinese phones. The statement came after its National Cyber Security Centre prepared a report assessing the security of 5G technology mobile phones sold in Lithuania. It found that Xiaomi mobiles had a built-in censorship feature that could be activated remotely, and that Huawei’s devices had cybersecurity issues including data leakage.

Both companies have denied these claims. In 2019, Lithuanian intelligence made allegations that a Chinese company had been spying on Lithuanian individuals, with the Chinese Embassy considering these allegations “totally unacceptable.” In May of the same year, the Lithuanian Parliament had voted to ban “unreliable” manufacturers from the electronic communications market including China’s Huawei.

The legislation required high-technology companies to act in compliance with national security interests. In Huawei’s case, Lithuania’s military intelligence stated that Chinese law required companies to share information with the government. The decision came after a suggestion from the chairman of Lithuania’s Parliamentary Committee, Laurynas Kasčiūnas, who stated that manufacturers from “non-democratic” countries should be identified and that Lithuania would not be part of the “China-controlled technosphere.”

As an ex-Soviet nation, communist regimes have a negative connotation for Lithuania. Therefore, it advocates a tougher stance against Russia and China. Especially with Russia being its next-door neighbor, the invasion of Ukraine has put Lithuania and former Soviet nations at unease.

In accordance with its value-based foreign policy, Lithuania distanced itself from China. The approach takes principles in the constitution such as democracy, independence, and rule of law as its basis. China has been criticized over the years by Lithuania on different occasions.

Last year, Lithuania signed a joint statement with 13 countries criticizing China over the lack of transparency in the WHO’s COVID19 report. A few months later, the Seimas, the parliament of Lithuania, passed a motion condemning China for committing genocide against the Uyghurs, calling on the UN to start an investigation into the issue.

Read: EU-China Trade Deal: Where Does the US Stand?

The Chinese Communist Party (CCP) views Western values as “hostile and harmful,” and associates them with China’s competition with the U.S. Following the tensions resulting from the de facto embassy of Taiwan in Lithuania, the Chinese media claimed that it is the U.S. influence on Lithuania that shapes Lithuania’s foreign policy attitudes towards China.

The article describes the Baltic nation’s strategy as “to woo and follow the U.S. and be a ‘loyal puppet’ that barks the fiercest at the U.S.’ strategic rivals in exchange for protection.”

In light of ongoing tensions between the West and Russia, China’s ally in the region, the ties between the Baltic nation of Lithuania and China are likely to remain uneasy for now.