Colombia’s June Elections: A Test for the Traditional Political Establishment?

The message of the Colombian people is clear: we want change. 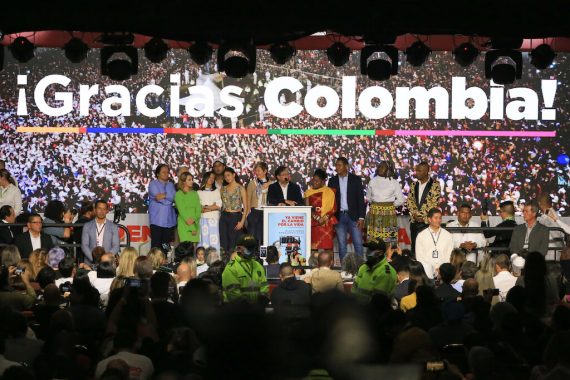 Last Sunday, May 29, the first round of the Colombian presidential elections took place. In a country of slightly more than 50 million people, out of 39 million who are eligible to vote, more than 21 million exercised their right in a relatively calm environment, despite the high polarization and the permanent paranoia. All sides accuse their opponents of fraud and foul games, and are all together responsible for the tense atmosphere. None of the candidates reached the 50% +1 percentage required for victory.

Yet, leftist Gustavo Petro won 40.32% of the votes and Rodolfo Hernández, an engineer turned businessman and former mayor of Bucaramanga, Colombia’s sixth largest city, won 28.15% of the votes. The two will move on to a runoff on June 19.

The main surprise was the defeat of Federico Gutiérrez, the establishment’s man to maintain the status quo. Current president Iván Duque has a disapproval rate of 70%, leaving the country now highly economically vulnerable, with an inflation rate near a two-digit high, an unemployment of 12%, a high crime rate in cities, and an increase in violence in the rural areas.

Meanwhile, hundreds of community leaders and former guerrilla combatants who signed a peace deal with the government in 2016 were murdered by paramilitary factions as deep unrest hit several social sectors due to the Colombian government’s mismanagement of last year’s general strike.

Against this background, the message of the Colombian people was clear: we want change. Gutiérrez got 23.91% of the votes and immediately announced that he will support Hernández for president, confirming what many Colombians think, namely that Hernández is the establishment’s Plan B for clinging to power.

Petro, whose campaign has elapsed mainly in massive public appearances in Colombian cities and towns, proposes a government program focused on social issues. An increase in taxes for the 4,000 richest citizens, a cut in certain tax reliefs for big companies, financial support for the education and health sectors, a social approach to the war on drugs, strengthening the peace process which the current government shows contempt for, and a climate agenda that contains the exploration and production of oil—Colombia’s main source of income—in the midterm.

Petro, a militant of the leftist nationalistic guerrilla organization M-19 back in the ’70s and ’80s, is seen by almost half of the country as the “Colombian Hugo Chávez,” the late Venezuelan Marxist leader. Even though Petro showed support for Chávez in the past, he has distanced himself from his successor, Nicolás Maduro in recent years. Also, in a clear attempt to soften his image, Petro has met with entrepreneurs while he has been consistent in calling for the unity of alternative social and political forces in the country.

Despite this, many Colombians still remember his past. In the past months, his wife, Verónica Alcocer, has launched an intensive media campaign where she traveled through the country promoting her husband as a president for the people and the production process, and encouraging Colombians to believe they can achieve better living conditions if he is elected.

Petro’s choice for vice president is Francia Márquez, an Afro-Colombian environmentalist and native social leader from the southwestern region of Cauca, an epicenter of narcotics production in the region. Márquez delivered a speech centered on respect for the environment, diversity, and the well-being of all against the structural racism embedded in Colombian society.

Rodolfo Hernández, a 77-year-old engineer and Petro’s opponent, has been increasingly called the “Colombian Donald Trump” due to his simple way of delivering his anti-establishment messages and the fact that his notorious wealth was obtained mainly in the real state sector. He obtained the second place in the ballots displacing Gutiérrez in a very astonishing move that few could anticipate just a month prior to the elections.

Hernández’s approach targets the bureaucracy. He promises cutting public spending (even announcing that he will donate his salary for social causes), and introducing a tax cut that could increase consumption and strengthen people’s purchasing power. Although his daughter, Laura, was kidnapped and murdered in 2004 by the leftist guerrilla ELN, he assures voters that he will seek peace negotiations with them, and give support to the Colombian agricultural sector.

Similar to Petro, he announced his plan to reestablish diplomatic ties with Venezuela, opposes the use of chemicals in coca and marijuana crops and the use of fracking during oil exploration, and endorses same sex marriage and adoption.

His critics view him as a demagogue or a populist, but this seems not to impact the view of the people he governed in Bucaramanga, where he overwhelmingly won on May 29. His claim that he is independent from the traditional political class does not appear to have completely convinced certain voters. He has also been involved in several controversial statements; on a radio show, years ago, he said, “I’m an admirer of a great German thinker named Adolf Hitler.”

Later he said he meant Albert Einstein. He also was filmed slapping a councilman who denounced him and his son for corruption while he was Bucaramanga’s mayor. His vice-presidential pick is the Afro-Colombian academic Marelen Castillo from the same Western region as Márquez.

Both candidates say their policy towards the United States will be based on friendly ties and mutual respect. Colombia was named “a strategic ally for NATO” during Ivan Duque’s presidency. Being its best “friend” in Latin America, the United States will be closely watching what happens in the June elections. Yet, whatever the outcome is, the U.S. will make sure it does not essentially harm Colombia’s traditionally submissive attitude.

One thing that unites Colombians is the general belief that the next four years will have to be revolutionary in terms of how the next president manages the country’s resources and politics. The Colombian people are very unhappy with the current administration. Life, beyond the pandemic, has become considerably harder for most Colombians: food prices soar, security deteriorates, and opportunities for a better future seem scarce.

The fact that Gustavo Petro and Rodolfo Hernández are in the home stretch in this crucial political moment is solid proof that Colombians are fed up with the political establishment. How this very same establishment will manage to maneuver in order to survive and perhaps even come out stronger from this juncture is yet to be seen.