With massive Chinese economic investments in Central Asia, Russia slowly but steadily started losing ground in its "near abroad." 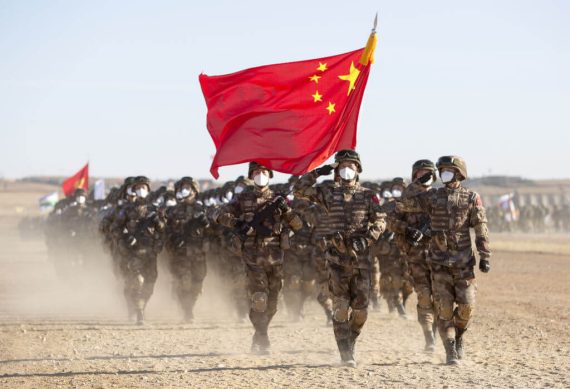 China is setting up for a return as a superpower under Xi Jinping. By all definitions, Beijing cleverly demonstrates greater economic and political power in Asia to establish itself as a great global actor. The Chinese road to global supremacy runs through ambitious but articulate strategies like the Shanghai Cooperation Organization (SCO) and the Belt and Road Initiative (BRI). It is worth noting here that China has successfully triumphed over colonial exploitation moving from a Soviet-style Communist state to an independent socialist regime with a mixed economic system.

The mammoth economic growth over the last 70 years has allowed China to achieve great economic and political success both at home and abroad; however, this hasn’t been sufficient to ensure China a place of global leadership. Today, China is truly a global player: it is a member of the World Trade Organization (WTO) and a permanent member of the United Nations Security Council (UNSC); a factory of world products; a center of the world supply chain; and a major part of the global political economy. Yet, China is not a comprehensive power of the U.S. or the Soviet style.

Although Beijing has achieved colossal economic weight to pursue its interests abroad, it seeks more than economic power and desires to restore its lost glories known as “Chinese Dreams” and to become a superpower. Beijing’s SCO and BRI framework should be studied within this perspective to understand its grand strategy in Central Asia, an important zone of world geopolitics.

How China uses the SCO

Let’s discuss the SCO framework first. For China, the SCO has been conceptually used both as an institution and a region. Initiated as “Shanghai Five,” the necessity of the SCO became quite apparent for China by the end of the 20th century. China initiated the foundation of the first multilateral organization named the “Shanghai Cooperation Organization” in 2001.

The collapse of the Soviet Union, the emergence of newly independent states with porous borders of around 3,000 kilometers had largely worried China, which had virtually no connections with the region until 1992. This organization at times was defined by external observers such as Matthew Brummer and Richard Weitz as “the world’s least-known and least analyzed multilateral group, an OPEC [Organization of the Petroleum Exporting Countries] with [nuclear] bombs and a prospective anti-American Asian NATO.”

Others like Stephen Blank and Simon Tisdall have dubbed the organization as “either an ineffectual and shallow regional talk-fest or a transparent cloak for the maintenance and expansion of malignant Russian and Chinese influence in Central Asia.”

However, those who understand its significance and the process of its evolution trace its roots to Chinese initiatives taken in the 1990s. The advocators of this perception, such as Chung-Chian Teng and Niklas Swanstrom, were quick to unravel the Chinese design behind the SCO’s foundation. For them, China is the principal driver of the SCO, and the organization was created to cater to Chinese needs for creating “New Regionalism, establishing vassal relations between China and Central Asia or as geopolitical maneuverings.”

The SCO’s operation and China’s Central Asia policy should be seen within the framework of China’s domestic security and developmental concerns in Xinjiang, its region-specific interests in Central Asia, and its global foreign policy strategy for prevarication against impending U.S. inhibition. In fact, Niva Yau, a researcher on global China affairs recently argued that China has effectively used the SCO as a vehicle to translate its broadly conceived goals into a future course of action by taking Russia into confidence initially, but gradually shrinking its space.

China’s Belt and Road Initiative can similarly be attributed to the Chinese grand diplomatic strategy of “Two Fronts and One Circle.” It refers to cultivating good relations with countries like the U.S., Russia, India, and members of the European Union while maintaining good relations with Asian neighbors through peripheral diplomacy. The former “One Belt One Road” should be seen within this perspective, as explained by Pang Zhongying, as the emergence of a “Renewed World Order.”

Many foreign observers have doubted the Chinese intention in the disguise of economic prosperity, progress, and promises, and dubbed it as inviting all countries to board the “express train” to wealth and prosperity without exposing its real intent. Speculation about this project is such that writers like Enda Curran have described the BRI as the “Chinese Marshal Plan designed to amass influence in Eurasia.” Viewed from a geopolitical perspective, it is seen as designed to use economic and infrastructural treats as mechanisms to address other issues of pre-eminence.

Scholars like Shirley Z. Yu have put forth the notion that the world would witness a paradigm shift in three decades and have attributed this to the successful operation of the BRI. In 2018, Yu wrote that the “BRI will serve as the transitory grand strategy between 2013 and around 2050 when China reaches its modernity according to Chinese President Xi Jinping’s ‘Two Centenaries Plans’, China would govern the world with its version of world order and will establish a Sino-centric world i.e., Pax Sinica.”

China needs to develop strong regional leadership with the help of its political relations with Central Asian states.

For that, China needs to develop strong regional leadership with the help of its political relations with Central Asian states and the economic infrastructure Belt and Road Initiative as a mechanism to assert its position abroad and influence on a global scale.

Therefore, it is obvious that the Chinese observers are busy providing a very rosy picture of the Chinese Belt and Road Initiative as announced by Xi Jinping at Nazarbayev University in Kazakhstan in 2013 depicting the “Belt” as the land trade route connecting China with Central Asia, Russia, and Europe, and the “Road” as the maritime route via the Indian Ocean and the western Pacific.

To be precise, unrest in China’s western province Xinjiang and its bordering with the Islamic republics of Central Asia, which are rich in oil and gas; the vacuum created in the region with the retreat of Moscow; and the military withdrawal of Washington from Afghanistan prompted the Chinese to come up with a developmental strategy through which they can address the country’s core concerns of threat of terrorism, instability in the wider region, and effective exploitation of the regional hydrocarbon resources.

In a nutshell, the BRI can be viewed as China’s geopolitical power play under President Xi rather than an economic and infrastructural development project. By pumping massive money to attain geopolitical advantages for Beijing, this initiative is intended to influence the emerging world market, to secure energy resources, to promote the Chinese currency, to create a Sino-centric Asian order, to counter other great powers’ influence, and to strengthen ties with neighboring countries.

As far as Sino-Russian cooperation in Central Asia is concerned, it is merely symbolic and largely U.S.-centric. The cooperation is, in fact, governed by the spirit of “the rival of my rival is my partner.” Although Sino-Russian collaboration through two non-western cooperative initiatives like the Eurasian Economic Union (EAEU) and the BRI have overshadowed the American influence in the region, the unprecedented rise of China in the region has certainly unsettled Moscow in its hinterland. Central Asia was the backyard of Russia until the arrival of China, and Moscow enjoyed enormous strategic advantages from this arrangement.

The Sino-Russian cooperation in Central Asia is merely symbolic and largely U.S.-centric and is governed by the spirit of “the rival of my rival is my partner.”

But with massive Chinese economic investments and integrative infrastructure projects making inroads into Central Asian countries, Moscow slowly but steadily has started losing ground in its so-called near abroad. In fact, China’s Belt and Road Initiative has strengthened Beijing’s position in Central Asia and unprecedentedly improved its rule-making ability in the region.

China is moving forward under the leadership of Xi Jinping with the “Chinese Dream” as its thrust to establish an ever-stronger Chinese nation characterized by wealth and power in military terms. The Chinese agenda of a Sino-centric Asian order on the premise of “Two Fronts and One Circle” will definitely irk Russia if not now very soon. 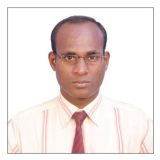 Ramakrushna Pradhan is an assistant professor of political science at the Department of Social Science, Fakir Mohan University, Balasore. Having earned his PhD from the Centre for Russian and Central Asian Studies, School of International Studies, Jawaharlal Nehru University, New Delhi, his areas of research include geopolitics, energy security, strategic studies, international relations, Central Asia, and India. The author can be contacted at rkpradhanjnu@gmail.com

Go to Top
Also Read
Where Does Central Asia Stand on Russia’s War in Ukraine?