Conspiracy Theories: Why Do They Appeal to Some People?

It is a mixture of frustrated psychological needs coupled with a cognitively biased understanding of world that sparks a person’s initial attraction to conspiracy theories. 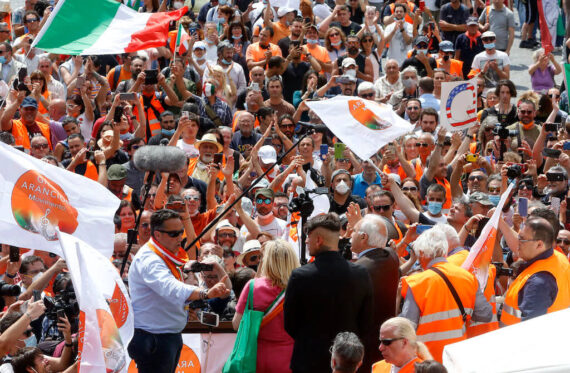 People are facing an ever-increasing number of existential threats (i.e., Coronavirus, global warming, economic instability). These threats, which tend to invoke feelings of anxiety or threaten people’s livelihood, appear to be readily accompanied by conspiracy theories that offer alternative explanations for official narratives.

For instance, the current Coronavirus pandemic, Donald Trump’s loss of the U.S. presidency, and even the installation of new 5G technology infrastructure, have all been riddled with numerous—and at times connected—conspiracy theories.

With conspiracy theories seemingly taking the spotlight in public discourse, it would be prudent for interested people or policy makers to take stock of what we know so far about: Why people are drawn to conspiracy theory explanations in the first place; whether they are on the rise; the potential harms they may bring to society; and—importantly—what can be done to combat these potentially harmful beliefs.

Why are conspiracy theories appealing to some people?

Many political and social psychologists agree that people may be drawn to conspiracy theories in an attempt to satisfy important and seemingly unmet psychological needs.

We all have the need to feel secure and in control of our lives, and belief in conspiracy theories appear to be born out of a frustration of this need. For example, threatening events, economic vulnerability, feelings of powerlessness, anxiety, and stress have all been demonstrated to be catalysts for conspiracy beliefs. Conspiracy theories are said to offer a means to alleviate negative feelings, by providing an explanation for people’s disadvantaged positions.

Everyone can feel anxious and powerless at times, and the current pandemic is a threat to everyone in some way or another, but not everyone is drawn to conspiracy theories. Why?

We also have a need to understand our environment. However, we do not all perceive the environment we share in the same way to one another. There are many biases in our thinking styles that can make us perceive our environment in a skewed fashion, which can make conspiracy theories seem appealing.

For example, people who tend to see patterns where they do not exist have a higher propensity to believe in conspiracy theories. Another study demonstrated that the relationship between these types of thinking styles and conspiracy belief was most evident in people with lower levels of educational attainment. This suggests that conspiracy theories may offer easy-to-digest and less cognitively-taxing explanations for people prone to these thinking styles.

Taken together, people appear to be drawn to conspiracy theories for many different reasons, but at the heart of them is the need to satisfy important and seemingly frustrated psychological needs.

Restaurant owners take part in a protest in front of the Council of Ministers building in Sofia, Bulgaria, 27 January 2021. A few hundred people owning or working in bars, restaurants, cafes, or night clubs gathered to request immediate lifting of all the COVID-19 measures regarding their businesses or threatened that they will follow the so-called Italian Model and will open their establishments despite the financial fines they may receive of their actions. Photo by Borislav Troshev. Anadolu Agency.

Are more people believing in conspiracy theories than ever before?

In fact, research has shown—at least for the U.S.—that conspiracy theories have ebbed a flowed throughout most of modern history.

The number of conspiracy theory explanations for threatening events do seem to be increasing, but this is probably more a product of the ever-increasing existential threats that we face, as opposed to a rise in people believing in them.

In fact, research has shown—at least for the U.S.—that conspiracy theories have ebbed a flowed throughout most of modern history. So perhaps more people are entertaining conspiracy theories as a way to explain recent significant global events (particularly Coronavirus), but this uptick will likely decrease as the pandemic subsides.

Until now, conspiracy theories were probably perceived by the public as relatively harmless. In some cases, this is probably true. For instance—as far as I am aware—no direct harm has ever come from the belief that the U.S. moon landings were faked. They may make people trust governments a bit less, but when has a government ever had the full trust of its people anyway?

In light of recent events, however, people are now all too aware of the dangers that some conspiracy theories can bring to society. People who believe in conspiracy theories regarding Coronavirus, such that it is a manmade virus and/or a mechanism to control the population, are less likely to take preventative action to stop the spread of the virus. This poses a serious threat to the global effort of fighting off the pandemic.

Conspiracy theories also evidently pose a threat to democracy itself. For weeks Donald Trump riled up his followers with countless baseless conspiracy theories regarding his loss of the U.S. presidency. Then, on January 6, 2021—in part driven by QAnon conspiracy theorists—democracy in the U.S. was temporarily stopped in its tracks as insurrectionists stormed Capitol Hill. This event shocked many people around the world, and provided further evidence of the harm that conspiracy theories can bring to society.

Read: A Clash with Silicon Valley is Inevitable

How can we reduce these harmful beliefs in the public?

In light of events at Capitol Hill, social media companies in the U.S. have recently taken a hard-line stance against conspiracy theories and misinformation. This is long overdue considering what we now know about the implications of conspiracy theories.

Incidentally, Donald Trump and some of his allies no longer have a social media presence, and many QAnon accounts were also removed. A week after this action was taken, a staggering 73 per cent reduction in misinformation being spread on Twitter was reported.

These are obviously good first steps to take, however, although they may cut off the supply of some conspiracy theories, they will not stop the demand for them.

It is a mixture of frustrated psychological needs coupled with a cognitively biased understanding of world that can spark a person’s initial attraction to conspiracy theories. Perhaps, then, it might be more fruitful for governments to “cut the head off the snake”, as it were, and try to vanquish the temptation of conspiracy theories in the first place. Political psychologist, Dr. Aleksandra Cichocka, has recently argued for such an approach, stating that “it is better to stop misinformation taking root than to try and weed it out”.

Alleviating people’s existential concerns will likely help to reduce the temptation to resort to conspiracy theory explanations as a means to psychologically satisfy their predicament. For instance, in the U.K. and U.S. the economic wealth gap is only increasing, and peoples’ social safety nets in these countries are waning too. This can lead to more feelings of stress, anxiety, and powerlessness; feelings of which we know are catalysts for conspiracy beliefs.

Therefore, improving these areas of people’s lives may prevent conspiracy theories being endorsed as a means to alleviate negative feelings. That is to say, governments should look to assuage to people’s existential concerns, otherwise conspiracy theories may take on this role instead.

Ricky Green is a Social Psychology PhD student based at the University of Kent, where he was also awarded his MSc in Political Psychology. His areas of expertise covers the psychology of conspiracy theories.