Maintaining the status quo enforced through dictatorship violence has become a key feature of both right wing governments in Brazil and Chile. 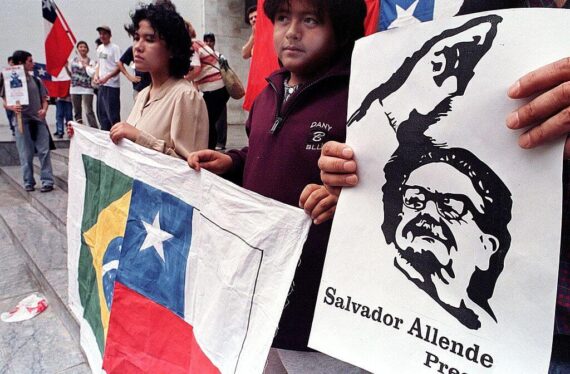 Leftist activists holding Chilean and Brazil flags and a portrait of late Chilean president Salvador Allende, rally in front of the Spanish consulate to show support to the Spanish judge seeking the extradition of former Chilean dictator Gen. Augusto Pinochet 28 October. Pinochet, who is currently under detention in a London clinic after being arrested by British police Photo by MARIE HIPPENMEYER/AFP via Getty Images.

The Chilean protests which started in October 2019, triggered by a rise in metro fares and expanding to demand an overhaul of the dictatorship constitution, eroded the veneer of a so-called prosperous country, if the World Bank were to be taken seriously. One of the fastest growing economies that thrives upon social inequalities, Chile’s restricted affluence can be traced back to the neoliberal experiment unleashed upon the country on September 11, 1973.

The US-backed coup which ousted socialist President Salvador Allende and backed dictator Augusto Pinochet, embarked upon a terrifying operation to rid the country of any left-wing mobilization. Torture, murder and disappearances of dictatorship opponents in over 1,200 detention and torture centers ushered in the neoliberal phase for Chile.

An essay penned by Orlando Letelier who was assassinated in the US by the Chilean’s National Intelligence Directorate (DINA),  illustrates how the “Chicago Boys” – a group of Chilean economists trained by Milton Friedman, were involved in the dictatorship coup and supplemented the repression with neoliberal policies. An economic plan for Chile that was funded by the CIA.

Closer to home, the US-backed Brazilian dictatorship also played a role in Chile’s destabilization. The US perceived Brazil under dictatorship rule as a strategic partner for the US in Latin America, to “try and prevent new Allendes and Castros and try where possible to reverse these trends.” Brazil also made a first bid to lead the US-funded Operation Condor in Latin America which resulted in the killing of at least 60,000 people – a plan that sought to purge the region of left-wing influence, failing to take the helm only due to opposition from other countries, including Chile and Argentina.

Decades later, Chile and Brazil are still plagued by their right-wing history of repression, re-enacted in democratically elected governments which rely upon military tactics for population control, particularly the indigenous communities, which stand as a final bulwark against the exploitation of land and resources.

The Chilean experience may be somewhat ahead in terms of collective memory and human rights, but the military still holds sway over government and society. The right-wing in Chile has, for example, lobbied for clemency with regard to dictatorship-era agents and torturers serving life sentences, while the military continues to hold their archives away from scrutiny, thus leaving many gaps in dictatorship narratives, particularly when it comes to the disappeared, which number over 3000 people who were buried in mass graves or disposed of in the ocean through the death flights.

Brazil’s 1971 Amnesty Law, celebrated by the dictatorship fanatic Bolsonaro, has ensured that officers involved in dictatorship-era crimes continue to benefit from state impunity. The infiltration of dictatorship era officials occupying influential positions in government bolstered Bolsonaro’s militarization policies, heavily centered on agribusiness and multinational companies’ interest in the Amazon, making indigenous communities a prime target for violence. Refuting indigeneity to pave the way for industrialization was one way in which communities were silenced.

The ruralists in Brazil – a powerful agribusiness, right-wing lobby group – is one stronghold calling for the dispossession of the indigenous communities. Bolsonaro’s military strategy, based upon dictatorship tactics, has found allies in replicating a more refined strategy that is less conspicuous than the overt killing of over 8,000 indigenous people during the dictatorship era. If militarization to aid industrialization can achieve dispossession, the government’s violations will only be tied to the actual destruction of land.

US President Joe Biden has announced a multi-million dollar deal negotiation with Brazil, ostensibly to fight deforestation. Activists, however, have warned of the likelihood of the deal rewarding Bolsonaro to the contrary. In 2020, 40% of deforestation occurred in Brazil, spearheaded by the same environment minister Ricardo Salles who is negotiating the deal with the US.

It is likely that Brazil is looking for accomplices in deforestation rather than conservation, given that billions of untouched funds for the Amazon have been refused by Salles due to disagreements about conditions.

In a similar manner, the Chilean anti-terror legislation from the dictatorship era has been applied to the Mapuche people. The infamous Pinochet statement negating the existence of the Mapuche was not mere marginalization. It set the scene for agrarian industries in the Araucania region and a permanent loss of land even after the fall of the dictatorship, when ancestral Mapuche lands were exploited by multinational companies – forestry, mining and hydroelectric power.

One of Piñera’s electoral promises was the industrialization of the Araucania region and modifications to the anti-terror law, making it easier to prosecute Mapuche activists and thwart resistance for land reclamation and conservation.

The systematic targeting of the Mapuche, as well as environmental activists – the most prominent recent case being that of Camilo Catrillanca who was killed by a special squad known as the Commando Jungla – has led to increased state violence, with several activists being found dead in suspicious circumstances after Chile withdrew from the Escazu Agreement. A definitive confirmation of the Pinera government’s refusal to sign the agreement was communicated in 2020.

The result of such policies in both Brazil and Chile is the impoverishment of territory that is rich in resources, while at the same time exacerbating social inequalities. Chile’s transition to democracy, for example, and the election of center-left governments, did little in terms of policy to reverse Pinochet’s legacy.

Civilian mobilization since 2019 can be credited with the government’s relenting to public pressure and holding a referendum on whether the dictatorship constitution should be scrapped. The senate has agreed to postpone electing a constitutional assembly to rewrite the constitution due to an increase in coronavirus infections in Chile.

Currently, both Piñera and Bolsonaro are facing backlash in their respective countries, where mismanagement of the coronavirus pandemic as well as social inequalities have risen to the helm. However, both countries are somewhat shielded by the normalization of their dictatorship history, where neoliberal profit was an incentive to gloss over human rights violations against civilians.

The regurgitated story of economic gain as a result of US-backed coups is not just part of a historical narrative that obliterates the story of the repressed. While intervention may not be the preferable political option, maintaining the status quo enforced through dictatorship violence has become a key feature of both right wing governments in Brazil and Chile. 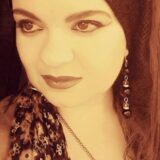