To get a clear notion of what’s happening in Turkey, the following main points can be taken into consideration: First, what do the snap elections mean for the Turkish political system and the people’s attitude in general? Second, what about the main parties regarding the elections? And lastly, what do we expect during the two months until the election day? 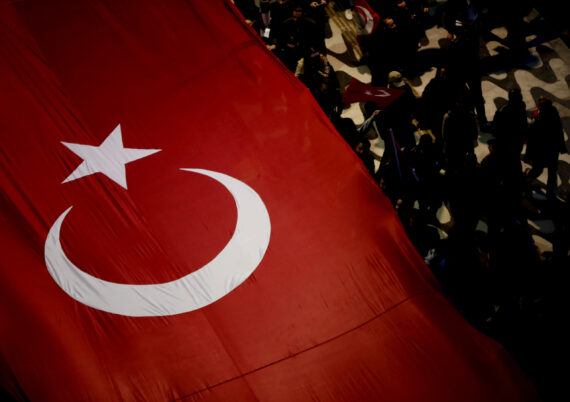 Turkey is a dynamic country, which often proved being able to overcome unexpected challenges. It does not seem to be a real challenge that the upcoming early elections, which were initially planned for November 2019, will now be held on 24 June of this year. President Erdogan announced this following his meeting with Devlet Bahceli, the leader of the MHP, whose offer was to hold the elections earlier than they had been planned.

To get a clear notion of what’s happening in Turkey, the following main points can be taken into consideration: First, what do the snap elections mean for the Turkish political system and the people’s attitude in general? Second, what about the main parties regarding the elections? And lastly, what do we expect during the two months until the election day?

First of all, the elections have a constitutional importance. These will be the first elections subsequent to the referendum on April 16, 2017, according to which Turkey’s old system of government has been transformed into a presidential system. Currently, Turkey is still leaded under a certain kind of semi-presidential system where a dual-executive exists. This will end with the elections on 24 June and Turkey will completely switch to the Turkish presidential system – abolishing, for instance, the office of the prime minister. On the day citizens go to the polls, both the election of the president and legislature will be held simultaneously. Consequently, the parties – or probable alliances – have to select their presidential candidate and MP candidates. Due to the fact that Turkish citizens have already experienced electing a president by popular vote, which occurred for the first time in August 2014, although the country’s political system is going to change, it can be stated that there are no complications expected during the election campaigns. Furthermore, until the Election Day, the current parliament will pass laws in order to bring harmony with the new system of government. Turkey has also been in the mood for elections for 22 months, since the AK Party and MHP started a collaboration. This created an expectation for holding elections both among the public and state apparatus.

Second, apart the marginal and Kurdish left-nationalist HDP, main parties welcomed the decision to hold elections earlier. Even the MHP-dissident Iyi Party’s leader Meral Aksener argued that her party is “the most prepared” one – even though the electoral board only confirmed that her party could participate in the elections on Sunday. CHP, the main opposition party, though, has neither announced a presidential candidate yet nor has a serious strategy regarding the elections. Officially, as a supporter of the parliamentary system, CHP’s main ambition was previously to win the elections and abolish the presidential system while bringing back the old one. However, due to the obvious lack of needed support, the CHP has to build alliances. However, as extensively explained, this will not be easy. Another interesting question is whether there will be any other potential candidates for the presidency. Most obviously, these uncertainty and speculations will continue for a short time.

On the other hand, due to an established alliance since the July 15 coup attempt in 2016 and formalizing the alliance a couple of months ago, the AK Party and MHP’s presidential candidate will be Recep Tayyip Erdogan. As it rightly stressed by Nebi Mis, it seems that during the one year subsequent to the referendum, the AK Party has made its local congresses across Turkey, which caused the party’s base and network being uninterrupted ready for elections, renewed the cadres under the leadership of Mr. Erdogan and concluded its process of building an alliance for the upcoming elections. The main opposition party, though, which has a total vote of approximately 25%, neither has found a presidential candidate yet nor could it even agree on its “alliance of principles” principles. Honestly, it’s not reasonable to think that a party and its incumbent leader, who lost 8 elections in 8 years, is going to prepare his party much better this time. No serious mind would require believing this and no political science theory would argue that this time it promises success.

Finally, domestically, the election campaigns will most probably resemble the 16 April referendum, while this time the concrete changing steps of the new system will be addressed more in depth. Opposition parties, on the other hand, have to decide what they want to achieve. Thus, either ambitions such as winning the elections in order to abolish the presidential system or pursuing to lead the country in accordance with the newly adopted system. Nevertheless, it seems that there will be an election period without many turbulences in contrast to previous ones. But it’s quite likely that externally, once again, particularly both foreign media outlets and political elites, will be biased to support a well-known anti-Erdogan and anti-AK Party discourse and discredit the elections generally. All in all, this election will be a step that will ultimately concretize Turkey’s upcoming five years.