GCC-Damascus Rapprochement Can Pit Syria Against Turkey Even Further

Time will show whether a second "Damascus Declaration” will be pursued as the Gulf countries come closer to Damascus and drift apart from Turkey. 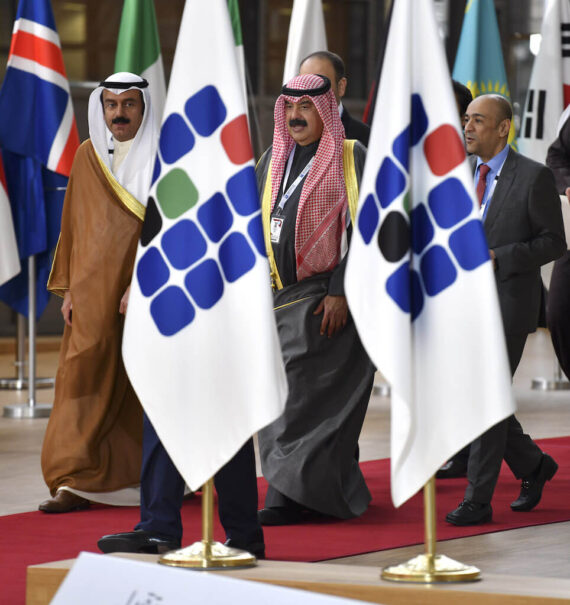 Kuwaiti Under Secretary for Foreign Affairs Khaled Al-Jarallah (C) arrives for a conference on 'Supporting the future of Syria and the region' at EU Council headquarters in Brussels, Belgium on April 25, 2018. Photo by Mustafa Yalçın. Anadolu Agency.

Following the First Gulf War, the foreign ministers of Syria, Egypt, and the six members of the Gulf Cooperation Council (GCC), namely Saudi Arabia, Kuwait, Qatar, Bahrain, Oman, and the United Arab Emirates (UAE), met in Damascus and agreed on a new security cooperation initiative for the Gulf which came to be known as the “Damascus Declaration.” Although the GCC states later moved away from implementing the declaration, it contained an important aspect related to Turkey which is key to understanding the dynamics that shape the region today.

The thorny relations between Damascus and Ankara in the 1990s due to water and terrorism issues had adversely affected Turkey’s relations with the Arab countries, including those in the Gulf. The declaration, which aimed to pressure Ankara on the international platform, criticized Turkey’s plan to construct a new dam on the Turkish-Syrian border, called foreign contractors not to cooperate with Turkey, and warned Ankara over its actions. The importance of the Damascus Declaration was that, for the first time, the GCC countries expressed public and clear support for Syria in its dispute with Turkey.

However, since then balances have changed rapidly in international politics. When it comes to the Middle East, one of the world’s least peaceful regions, dynamics change even faster. Turkish-GCC relations within the context of the Syrian war is an interesting case to show the degree to which several factors shape the convergence and divergence in their relationship in Syria, which is known as the “heart” of the Arab world.

When protests erupted in 2011 in Syria, the GCC stood by the opposition that aimed to topple the Bashar al-Assad regime and recognized the opposition bloc as the “legitimate representative” of the Syrian people. The GCC states, which were motivated by several factors, most importantly political and sectarian ones, aimed to weaken Iran’s hand and bring Syria, a country predominantly Sunni but ruled by a Nusayri family, back into the Arab sphere of influence. Ankara also was among the most vocal critics of the regime and the staunchest supporter of the opposition when it failed to convince the regime to make reforms.

In Syria, Turkey and the GCC countries stood by the opposition, but supported different factions, as they harbored different visions for the post-Assad era.

In Syria, Turkey and the GCC countries stood by the opposition, but supported different factions, as they harbored different visions for the post-Assad era. Thus, the Syrian theater became the first backdrop of rivalry between Turkey and GCC states, namely Saudi Arabia, the UAE, and Bahrain, based on ideological differences.

In recent years, the power dynamics in the region have started to shift again as some Gulf countries, which cooperated with Turkey against the Syrian regime in the initial years of the crisis, seem to have put their differences aside and in varying degrees have approached Damascus, pitting Syria against Turkey as they did in the 1990s. Now their priority is their interests, both political and economic, rather than the fate of the regime as was the case a decade ago.

In December 2018, the UAE, which once supported the Syrian opposition forces alongside Saudi Arabia and Qatar, reopened its embassy in Syria. The UAE justified the move by declaring, “Given the regional expansionism of Iran and Turkey, there is an Arab role to play in Syria that has become even more necessary.” In March 2021, the UAE reiterated its position: “Syria’s return to the Arab fold is essential and has nothing to do with who wants or who does not want it. It is a matter of public interest and the interests of Syria and the region.”

A day after the UAE reopened its mission, Bahrain announced that its mission in Damascus continues its duty, underlining its keenness to maintain relations with what it referred to as a “brotherly” country. Manama, in particular, emphasized the significance of strengthening and activating the “Arab role” in preventing the dangers of regional interference in Syria’s internal affairs.

In October of last year, Oman sent an ambassador to Syria, becoming the first Gulf state to do so since they downgraded or shut missions in Damascus in 2012. Meanwhile Kuwait has said it would reopen its mission in Damascus if there was an agreement among the 22-member Arab League.

So far, Saudi Arabia and Qatar, two countries that firmly supported the opposition, have not taken any step forward. Traditionally, Riyadh pursues a “wait and see” policy and seeks gradual and slow partial normalization. Prospects for change in the Saudi position have increased particularly after the reports that Saudi intelligence chief Khalid al-Humaidan met with his Syrian counterpart in Damascus, the first meeting of its kind since the conflict broke out in Syria.

If there is a change of heart in Riyadh regarding the return of Syria to the Arab fold, Qatar – Turkey’s closest Gulf ally and a critical center for opposition meetings – will be the only Gulf country not involved in the normalization suit with Syria.

The first factor of the Gulf rapprochement to Syria is Russia’s position. In 2015, when Russia, the regime’s staunchest ally, militarily intervened in the war, the balances on the ground rapidly changed. Russia’s interference became the game-changer that also altered the perception of the GCC towards the opposition and eliminated the idea of toppling Assad by force.

In this context, Moscow, which built a perception of Russia as a crucial geopolitical actor in the region, started to deepen its relationship with each GCC state, and engaged in dialogue over the Syria file. In recent years, there has been increasing support by the GCC states of Russia’s role in Syria, particularly at a time when the U.S. influence is fading away.

The second factor that drives the GCC rapprochement with Damascus is related to both the domestic and international context. The assertive members of the GCC, namely the UAE and Saudi Arabia, have started to move away from a foreign policy focusing on hard power (military tools), while prioritizing soft power (diplomacy).

The economy plays a central role in this diplomacy. Restoring relations with Damascus, not only politically, but economically, is significant and especially in terms of the reconstruction of Syria. On the international level, the election of U.S. President Joe Biden has significantly influenced the shift of the Gulf foreign policy from hard to soft power as the new administration, unlike its predecessor, pushes for de-escalation in the region.

The last factor is the antagonism of Turkey’s growing role in Syria. When Turkey conducted military operations in northern Syria (Operation Olive Branch, Operation Peace Spring, Spring Shield) to eliminate terrorist elements, Saudi Arabia, along with the UAE and Bahrain, opposed them on the grounds of “threatening Arab national security.” 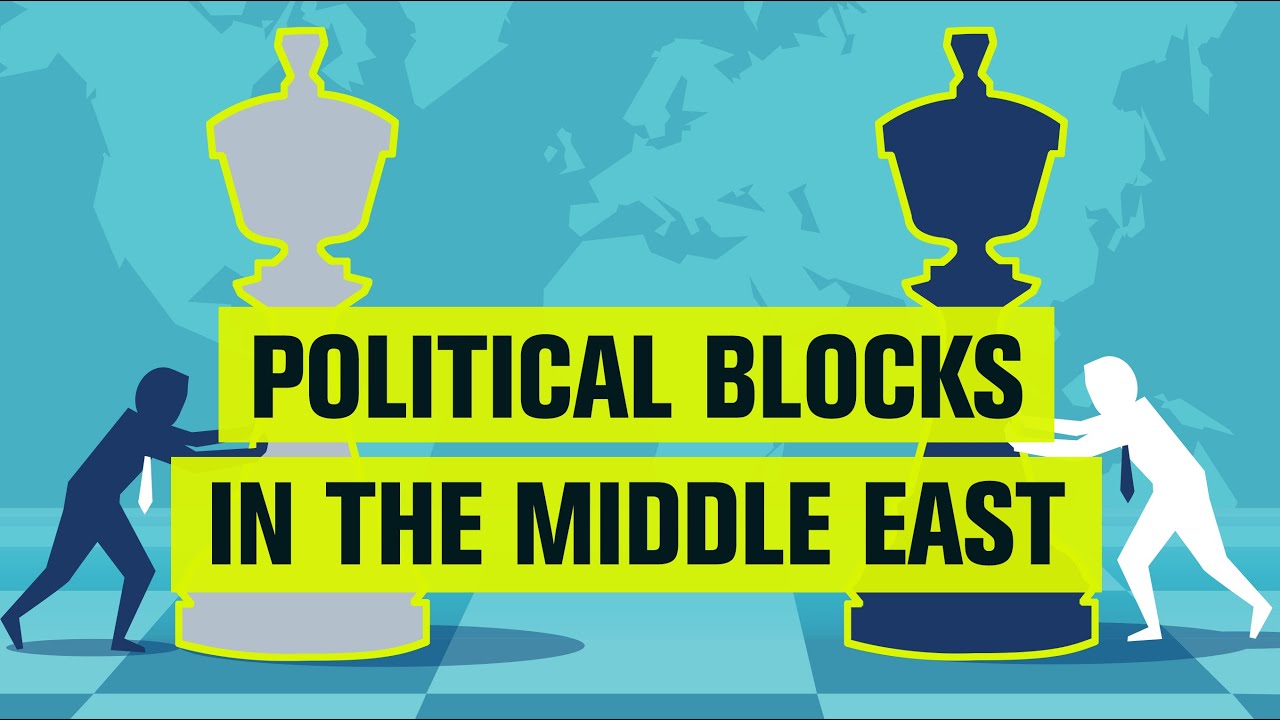 The tense relations between the Saudi-Emirati-Bahraini axis and Ankara is yet another reason for the Gulf to approach Damascus. However, it is worth mentioning that although the GCC countries sought to topple the regime, from the very beginning, they were not fully united in their approaches towards the crisis. While Qatar has been supportive of Turkish actions, Kuwait and Oman adopted their usual neutral stance over the Turkish operations.

Under the banner of an “Arab role,” the solidarity of certain GCC states with the Syrian regime in the face of Turkish military operations resembles the times of tension between Ankara and Damascus in the 1990s. Time will show whether a second “Damascus Declaration” will be pursued as the Gulf countries come closer to Damascus and drift apart from Turkey. 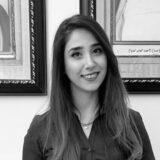