Compelling factors and actors push Turkey and Syria into a rapprochement course, but the facts on the ground may impede it. 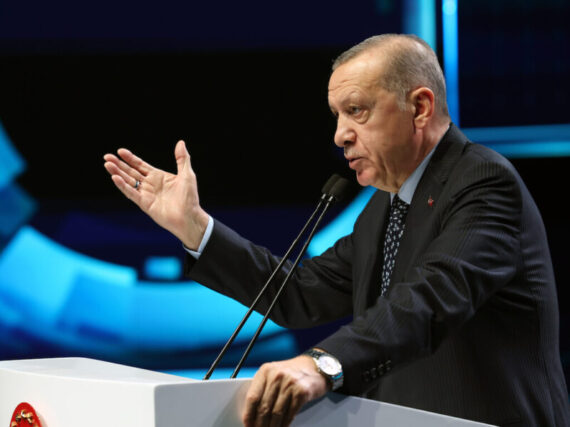 fter normalizing relations with the UAE, Saudi Arabia, Israel, and Egypt, Turkish President Recep Tayyip Erdoğan has overtly stated that he can meet Syria’s Bashar Assad “when the time is right.” Erdoğan-led governments in the recent past supported popular uprisings during the Arab Spring, expecting that protests would culminate in the overthrow of authoritarian regimes. While some Arab dictators were indeed toppled, they were replaced by new ones. Others yet remained in power, such as Assad, thanks to the help of their allies and the reluctance of the West to pressure them to leave their posts.

Overall, after a decade, it could be argued that the Arab Spring has totally failed. Based on this fact, countries supporting the Arab people have revised their foreign policies against authoritarian Arab regimes since their stance neither helps a democratic transition nor their state interests. Turkey actually resisted mending relations with dictators longer than any other country, but eventually saw that it has been left alone and therefore started to normalize relations with the unwelcomed victors of the Arab Spring.

The last chain of Turkey’s normalization process with Arab states is overhauling relations with the Assad regime. It is beyond doubt that Erdoğan and his government have commenced returning to the previous normality reluctantly. It is not Erdoğan’s preference, but rather compelling conditions that have forced him to improve relations with the Syrian regime. Also, the rapprochement is a result of Russian pressure rather than Ankara’s and Damascus’s wills. As Russia is busy with Ukraine and international pressure, it wants good relations with its ally Syria and its reliable neutral partner Turkey.

As Syrian analysists highlight, the reconciliation path is irreversible and would remain confined to reciprocal diplomacy and temporary security arrangements. A full reconciliation is difficult to achieve as long as Turkey’s concerns are not adequately addressed by Damascus, which is neither willing or capable of providing Ankara with the acceptable guarantees or actions. On the other hand, from the Turkish point of view, Assad is not a reliable neighbor, and Syria will continue to be a source of terrorism and migrant influx as long as he is in power. Despite this fact, the Turkish government uses a narrative of reconciliation due to internal and international pressure.

From another perspective, facts on the ground show that a permanent peace between the two is almost impossible unless Assad cedes power. The foremost fact is that the hostility is reciprocal and Assad family’s enmity towards Turkey goes back to the days of Bashar Assad’s father, Hafez Assad. Ankara suffered a lot from Hafez Assad’s protection of the PKK cadres in Syria. The two countries were about to go to war as Abdullah Öcalan was living in Syria until 1998. There was only a 10-year entente beginning with Erdoğan’s coming to power in 2002 until 2011 when the Arab Spring reached Syria.

Second, Turkey’s concern about Syria’s being a hub for terrorist organizations will not be removed by the Assad regime. Besides not being capable of doing so, Damascus seems happy to see clashes between Turkey and the YPG. The more Ankara suffers, the happier Assad seems to become. Moreover, Assad’s protector, Russia, does not fight the YPG and even prevents Turkish attacks on the group. What is more, even if the regime and Russia decide to fight the YPG, the U.S. will certainly protect its so-called ally, the SDF (YPG). Therefore, the security problems arising from the YPG will not end by a likely rapprochement.

Third, Turkey has a serious Syrian migrant problem emanating from Assad’s brutality. Assad has lost his legitimacy among the Syrian population but he is still seen as the leader of Syria. None of the millions of displaced Syrians want to return home, fearing torture by the regime. Those in Turkey and fleeing to Idlib and its vicinity reject Assad’s authority and clearly underline that they will not live under his rule. The Assad regime also does not want migrants to return as Syrians who are not loyal to the regime will create problems for Damascus. Besides security issues, returnees mean a further economic burden on the Syrian government, which will have a destabilizing impact on the country.

Therefore, the Assad regime will not meet Turkey’s requests both because of unwillingness and incapability. What is more, despite Turkey extending its hand in rapprochement, the regime is reluctant to reciprocate the gesture. Reuters claimed that Bashar Assad has rejected Russia’s offer to meet President Erdoğan, refusing to give Erdoğan a leverage before elections, which will be held next year.

Assad does not want to help Erdoğan before the elections as a meeting would be seen as a consolation by the Turkish population which is frustrated with the presence of four million Syrian refugees in their country. In addition, Damascus is asking for a full withdrawal of Turkish troops from Syria.

The withdrawal request is almost impossible to be realized as Turkey fears more migrant influxes and terrorist attacks. Also, Ankara can easily evade this request by asking the regime to stop terrorist attacks and create a peaceful environment for the return of Syrians. It is unwise to expect Turkey to withdraw troops while millions of Syrians live in Turkey. What is more, the Turkish government could never justify its withdrawal to the Turkish people. Perhaps, the Assad regime is aware of this fact, and uses it as a leverage against Ankara to hinder rapprochement.

Compelling factors and actors push Turkey and Syria into a rapprochement course, but the facts on the ground may impede it. Perhaps, the only solution is a political transition that will allow all factions of the Syrian people to participate in the political system, which is possible with Bashar Assad.

Without the approval of the Syrian people, a new era in Turkish-Syrian relations will not see the light. It may even create more problems as armed groups of the Syrian opposition may turn their guns towards Turkey. Meanwhile, the American factor should not be ignored as the U.S. has other plans for Syria, most of which clash with those of Turkey, Syria, Russia, and other state and non-state actors.