According to the Turkish media, the new operation aims to clear Tal Rifaat, Manbij, Ayn al-Arab, and Ain Issa from the YPG. 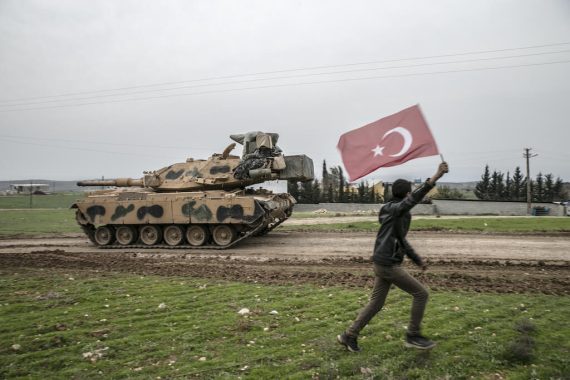 Turkish President Recep Tayyip Erdoğan recently disclosed Turkey’s intention to launch a new military operation along the country’s southern border to eliminate terrorist elements and strongholds of the YPG, the PKK’s Syrian offshoot. The operation aims to realize the Turkish goal of creating a 32 km safe zone, which was commenced in September 2019.

The safe zone, for which four military operations have already been conducted, is more necessary than ever as the Turkish government is currently creating conditions for the return of one million Syrian migrants. According to the Turkish media, the new operation aims to clear Tal Rifaat, Manbij, Ayn al-Arab, and Ain Issa from the YPG.

Reasons for the likely operation

As President Erdoğan has stated, the YPG continues to attack Turkish troops and the Syrian National Army (SNA) from the towns they control. Particularly, Tal Rifaat and Manbij pose a great threat to Turkey since the YPG uses them as bases for all car bombings on the Syrian side and launching missiles against Turkish territories. The last such attack was on May 12, killing a Turkish soldier and injuring six soldiers and civilians in total. Therefore, Turkey’s military operation into northern Syria is vital to prevent new attacks, and perhaps end them permanently.

In addition, the Turkish government is about to resettle voluntarily one million Syrians who currently live in Turkey. This number may rise to 2.5 million. However, a secure environment in the safe zone is a prerequisite for the plan’s success. The towns and cities in the safe areas of northern Syria might get overcrowded with newcomers, so an enlargement of the safe zone is a sine qua non for Turkey’s resettlement plan.

Read: Operation Peace Spring was an Obligation to Turkey’s Sovereignty

Current conjunctures in world politics might be an opportunity for Turkish authorities to act. Russia is bogged down in Ukraine and is withdrawing a large number of its forces from Syria to beef up its Ukrainian fronts and leaving its military bases to pro-Iran proxies. In fact, the deployment of Iranian proxies is not a great concern for Turkey with the exception of Tal Rifaat, controlled by the Syrian regime and the YPG, where the Turkish army and SNA are already exposed to attacks. If non-state actors and proxies arrive there, the threat will be more dangerous than ever.

Meanwhile, Turkish Foreign Minister Mevlut Çavuşoğlu complained about the U.S. administration’s contradictory policies on Turkey. Besides promises by the U.S. regarding Manbij and their support for the YPG, Çavuşoğlu expressed his discomfort with America’s pro-Greece policy against Turkey while asking the Turkish government not to veto Sweden’s and Finland’s application to NATO.

In all likelihood, the Turkish government feels disappointed following the U.S. support for the YPG, and is reluctant to rely on Washington’s promises. Thus, Turkey wants to resume its military operations given that following the U.S. administration’s wishes just worsens the situation on the ground in Syria.

On the other hand, the allegation that Turkey is behaving opportunistically at a time when the U.S., Europe, and NATO are focusing on Ukraine is invalid. The Turkish army has already conducted four military operations to clear terrorist organizations from northern Syria, and started to create a 35 km belt safe zone on its southern borders. The imminent operation is the most recent and might not be the last. Most probably Turkey would have conducted this operation even if there had not been a Russian attack on Ukraine.

Moreover, Turkey is already carrying out Operation Claw-Rock in northern Iraq and the new Syria operation can be seen as a natural extension of the latter. The YPG might have provoked the Turkish army to extend the operation to Syria’s north. We should remember that YPG militants pounded the town of Karkamış on the Turkish side of the border right after the Turkish army bombarded the PKK caves in the Qandil Mountains.

Legitimacy of the operation

When a terror group attacks a country, this country has the right to respond and remove the threat. This is exactly what Turkey is trying to achieve and what the U.S. did in Syria, though it is 10,000 kilometers from its borders.

The claim that President Erdoğan wants to intervene in Syria to gain advantage in the upcoming elections cannot be taken seriously. A military operation, which the Turkish people support, will be favorable to Erdoğan—this much is true—but there are still 13 months for elections and a new operation may also mean the further decline in the Turkish Lira, worsening the ongoing economic crisis.

Read: Why Russia Protects the YPG in Syria

A few months before the Turkish government announced that one million Syrians would voluntarily return to their homes, sources close to Ankara discussed the return of Syrians to Syria and added that Manbij would be taken with the consent of the Syrian regime, which favors the unity of Syria and is disturbed by the YPG’s presence there.

A legitimate government should stop terrorism that hurts neighboring countries or the victimized neighbors, like Turkey in this instance, will have to take action. Turkey cannot be expected to stand by and watch in silence while being constantly attacked by a terrorist group and while the Syrian regime looks the other way.

On the other hand, the Adana Agreement signed between Turkey and Syria on October 20, 1998 lays down the duties of the Turkish and Syrian sides in relation to the PKK and its affiliates, and enables Turkey to intervene. A similar legitimacy stems from Article 51 of the UN Charter, which the U.S. uses to justify its presence in Syria.

It is no secret that some countries in the Arab world and Europe object to the likely Turkish operation; however, concerns and condemnations look mostly unilateral and ignore Turkey’s security concerns.

As Turkish Foreign Minister Çavuşoğlu reiterates, while Russia had promised to oust the YPG from Tal Rifaat, the U.S. said they would remove the terrorist group from Manbij. However, both countries have not fulfilled their promises. These unfulfilled promises legitimize the Turkish intervention to remove the group from towns near its borders.

Turkey hosts about four million Syrians and their long stay in the country is being exploited by far-right political parties in Turkey and distorting domestic politics. It is noteworthy that other states oppose Turkey’s operations, but do not offer a solution or want to understand Turkey’s concerns. The terrorism threat and growing migration problem, coupled with the unwillingness of the international community to find solutions, leave Turkey no other option but to intervene in northern Syria. 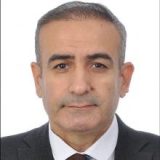