How the Turkic World Is Enhancing Cooperation in Media and Communication

In the new world order, disinformation and fake news can only be fought with strategic partnerships and cooperation. 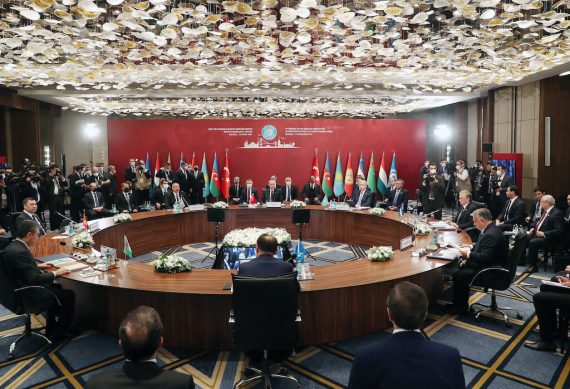 Cooperation between the Turkic-speaking countries reached a new level with the establishment of the Cooperation Council of Turkic Speaking States (Turkic Council) in 2009. Azerbaijan’s victory in Karabakh and the U.S. withdrawal from Afghanistan added a strategic dimension to the council.

The Turkic Council’s name was later changed to the “Organization of Turkic States” to reinvigorate the group’s dynamism. The decision was taken at the council’s 8th summit in Istanbul, Turkey on November 12-13, 2021. According to a joint declaration, the “Turkish World 2040 Vision” initiated by Nursultan Nazarbayev, the council’s honorary chairman, was accepted as a strategic document to guide future cooperation between the Turkic states. Now, the “Strategic Roadmap of the Organization of Turkic States 2022-2026” is under way for the implementation of the vision document.

In 2006, Turkey launched the Voice of Turkey, an international service of the state radio, to reach out to the Turkic speaking countries in a late move. The state broadcasting channel TRT has been restructured and in 2008, the website “trt-world” was launched in 35 languages.

A year later, TRT Avaz was restructured and started broadcasting to a larger audience, mainly in the Turkic world, the Balkans, and the Middle East. This allowed Turkey to address more than 27 countries with a population of 250 million in Turkish, Azeri, Kazakh, Kyrgyz, Uzbek, and Turkmen. Moving forward, Turkey restructured the Directorate General of Press and Information.

Today, cooperation in communication between the Turkic-speaking states continues to rapidly grow.

The strategy bore fruits as early as December 2010, when the Turkic Council Media Forum was launched in Ankara in cooperation with the Directorate General of Press and Information and the Center for Strategic Research of the Ministry of Foreign Affairs of the Republic of Turkey (SAM).  Simultaneously the first meeting of the Turkic Council Media Forum was held in Ankara with the headline “Media in Globalized World: Opportunities and Challenges.” At the forum, decisions were taken to develop cooperation in the Turkic geography, to move toward the unification of the media in the Turkic world, and to make Turkish the common language of communication.

In October 2011, the “Media Platform for Turkish Speaking Countries” was launched to use all means to develop relations between the Turkic communities. The ultimate goal was manifested in the charter as “to establish common perceptions and positions among the member states to develop common reflexes in global politics.” Today, cooperation in communication between the Turkic-speaking states continues to rapidly grow.

The Cooperation Council of Turkic Speaking States (Turkic Council) was established in 2009 to broaden this cooperation as an intergovernmental organization. The council is committed to the purpose and principles of the Charter of the United Nations (UN) and other universally recognized principles and norms of international law, including sovereign equality, territorial integrity and inviolability of internationally recognized borders of states, as well as the maintenance of international peace, security, and development of good neighborly and friendly relations.

To be clear the forum was launched in September 2020 and held its first meeting in October 2021. Speaking after his meeting with Azerbaijani Vice President Hikmet Haciyev, Fahrettin Altun, the head of Turkey’s Directorate of Communication, stated that cooperation in the media and communication fields is a valuable step to improve bilateral relations. Altun said, ”We give great importance to Turkey-Azerbaijan cooperation in media, communication, and public diplomacy to combat fake news and disinformation.”

Turkey and Azerbaijan’s forming of the Joint Media Platform was a significant step to inform the public opinion and to produce common strategies for combating systematic disinformation on digital media platforms.

The cooperation in media and communication strategies between Turkey and Azerbaijan brought about its first solid outcome in the 44-day-long 2020 Nagorno-Karabakh, in which Baku liberated its territories that were illegally occupied by Armenia almost three decades ago.

Joint initiatives of the Turkey-Azerbaijan media platform led journalists and media crews in the region and gave free access to the information needed to cover the war. Rocket attacks by the Armenian army against the cities of Ganja and Fuzuli, which were far from the conflict zone and caused the death of Azerbaijani civilians, were brought to the agenda of the West. These efforts helped prevent the spread of disinformation about the Nagorno-Karabakh war and resonated among other Turkic-speaking countries.

The Organization of Turkic States’ actions to enhance the cooperation between the Turkic-speaking states has resulted in a number of collaborations between state-run media broadcasters and news agencies. During the council’s 8th summit, Kazakhstan, Kyrgyzstan, and Uzbekistan joined as member states while Turkmenistan announced its plan to join as an observer state. Hungary, meanwhile, was given an observer status. The number of Turkic-speaking states joining the Joint Media Forum is increasing, and the relatively low-level meetings of the past years are now participated by ministers and presidents responsible for media and information strategies.

The information struggle in the post-Cold War era has evolved to a new stage especially as the world is changing into a multipolar political and economic order. In this new world order, the fight against disinformation and fake news can be effective only with strategic partnerships and cooperation in the field of communication.

Recognizing the need for more cooperation in communication, the Organization of Turkic States is likely to make the fight against disinformation and fake news an agenda priority, and to continue to enhance relationships in the Turkic world as it has done in the past. 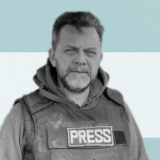