Change Is Inevitable in Iran: How the Four-Decade-Old System Has Become Outdated

Will Iran experience change peacefully or violently? It is possible that Anglo-American bloc can regain control of Iran if it manages to cause a violent uprising. 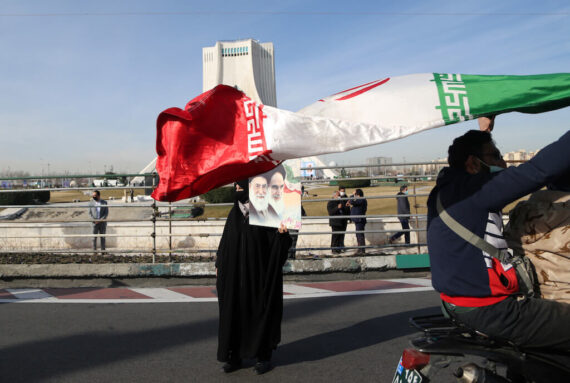 Iranians take part in a ceremony marking the 42nd anniversary of the 1979 Islamic Revolution, at the Azadi (Freedom) square in Tehran, Iran on February 10, 2021. Photo by Fatemeh Bahrami, Anadolu Images

Iran has witnessed many unsettling protests in the last few years. The more recent protests are not only against economic hardships, worsening living conditions, high inflation, youth unemployment, and economic mismanagement but also show people’s frustration with the ruling establishment’s hardline ideology.

It seems that Iranians now consider an overhaul of the system as the only way out of the problems they are facing. The killing of Iran’s Quds Force commander Qasem Soleimani by the U.S. military in January 2020 could only provide temporary relief to the Iranian government.

Last year was one of the worst years since Iran’s revolution overthrew the pro-American shah in 1979. Nationwide protests, harsh U.S.-led sanctions, targeted killings of top Iranian officials, and global turmoil as a result of the pandemic battered Iran in 2020.

The change in the U.S. administration brought some positive news for the country in 2021, yet the upcoming Iranian presidential elections in June may incite the disenchanted population to new street protests.

A large number of Iranians who were unhappy with the shah’s iron-fisted feudal authoritarianism are now disenchanted with the clerical system of governance established by Ayatollah Ruhollah Khomeini.

The pattern of Iranian protests suggests that every ten years there is a big crisis. Major protests have taken place in 1989, 1999, 2009, and have been mostly against the deteriorating economic conditions. Since 2016, street protests in Iran have been more frequent and more widespread.

A trend has emerged that after every violent anti-government protest there are always huge pro-revolution rallies backed by state institutions to show both the outside world and an internal audience that the regime is in full control.

Though it is always easy to organize mass pro-establishment rallies with the help of the state apparatus, there are clear signs that it’s a deeply divided and polarized country.

Between hope and despair

A single generation of Iranians has experienced two extremes within their country.  Under the shah, the brutal SAVAK secret police used to tear off the veils and chadors of conservative women forcibly and did not allow them to practice their religion in public. After the 1979 Revolution, first there was the Komiteh (Committees of Islamic Revolution) and now there is the Gasht-e-Ershad (Morality police).

In the new setup, women are forced to cover themselves and men are also regulated to ensure they wear modest clothes and have “decent” hairstyles. Both the forced secularization during the time of the shah and the forced religiosity by the revolutionary government have made many Iranians rebellious.

Iran transformed in a short period of time from a bastion of Western-style secularism to a state ruled by a supreme cleric who is ready to relinquish power to the 12th Hidden Imam whose time of return is uncertain.

After getting rid of the shah, who in 1953 became an absolute monarch after the ousting of Mohammad Mosaddegh in a coup engineered by Anglo-American leaders, for the last four decades, Iranians are ruled by a system of propaganda and deception.

The clerical establishment and their supporters replaced the old corrupt Westernized elites of Iran. The new elites proved to be equally ruthless – if not so corrupt. Today, Iranians have realized that those who promised to create a system of governance that will pave the way of the early coming of the Hidden Imam have fooled them. 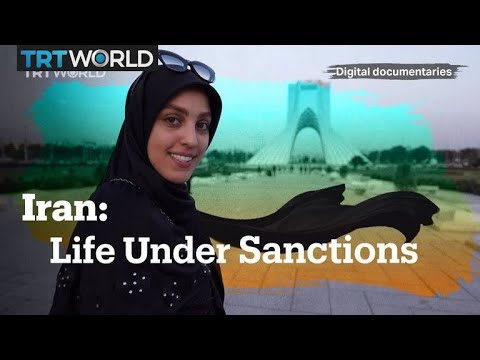 It seems that the quick remodeling of Iranian society in a short period of time was against the natural process of societal transformation. After successfully overthrowing the shah, most Iranians were not ready for the new system. However, they adopted it in the hope of a rapid improvement in their lives.

The ordinary Iranians who uprooted the shah were made to believe that the rule of the Vilayat-e-Faqih (Supreme Leader) would transform their country into an ideal Islamic state. Such high expectations actually made people desperate for the rapid transformation of their country into this ideal state. When people realized that the promise of such a state was not possible with the current leadership, the system came under strain and popular protests followed.

It is true that Iran has faced crippling sanctions and Western hostility in the last four decades and this has hurt the government’s efforts to improve living standards. The U.S.-led Western bloc continues to wage an economic war against Iran. Anglo-American egos have made it harder for the West to digest the ousting of their favorite puppet in a strategically important region.

Meanwhile, the Iranian regime has harmed itself by insisting on pursuing a sectarian agenda and the self-defeating philosophy of a “neither East, nor West Islamic Republic.” As a matter of principle, such thinking is against Islam’s broad and inclusive humanitarian vision.

However, from the point of view of pure geopolitics, countries like Russia and China are pleased with the Iranian approach to world affairs. Indeed, Anglo-American hostility has made Iran more dependent on Russia and China.

The post-revolution government in Tehran under Ayatollah Khomeini asked people to export the revolution. The first country he chose was Shia-majority Iraq, where Ayatollah Khomeini had spent many years during his exile under the shah’s rule. Ironically, Iran failed to export its revolution to Iraq throughout the 1980-1988 war but managed to turn Iraq into an enclave of its authority after the chaos created by the U.S. invasion of 2003.

Iraq, especially its Shia majority, now finds itself caught in a situation where the Iranian revolutionary fervor has crippled its institutions. Public resentment is growing against Iranian control of Iraqi society.

The Iranian ruling establishment hatched plans to export its revolution to every country with a sizable Shia population. They saw potential in Lebanon, Bahrain, Yemen, Syria, and even in faraway Nigeria. The money, manpower, and natural resources that won Iran four regional capitals — Baghdad, Damascus, Beirut, and Sanaa — have drained Iran’s capacity to serve its own growing population.

Iran sees its revolution as an exportable commodity more valuable than hydrocarbon exports. It has helped Iranian rulers consolidate power within their own country. Iran’s tussle with the U.S. over Iraq keeps Iranian people restrained in expressing anger over their domestic woes.

Iran will have to carry out serious democratic reforms in order to avoid major shocks. The country has to respond in a result-oriented way to the fundamental needs of its citizens. Its politics have to become more participatory and less revolutionary.

Iran’s high-ranking clerics and state officials, including Supreme Leader Ali Khamenei and President Hassan Rouhani, are growing older. The four-decade-old system is now outdated. Change is inevitable in Iran. It remains to be seen whether this change will be smooth and peaceful or violent. The Anglo-American bloc can regain control of Iran if it manages to cause a violent uprising, but such a scenario would be damaging for Iranians and other countries in the region.