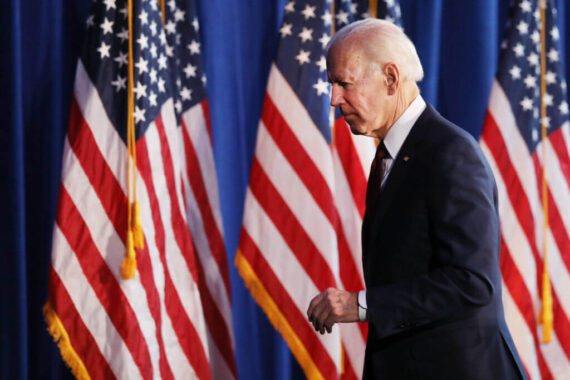 The Biden administration is considering withdrawing all troops from Afghanistan by May 1 as it leans on President Ashraf Ghani to accelerate peace talks with the Taliban, including by supporting a proposal for six-nation discussions that include Iran. Photo by Spencer Platt, Getty Images

US Secretary of State Antony Blinken’s recent letter to Afghan President Ashraf Ghani is making many headlines. In this letter, Blinken proposed steps to put momentum behind talks between the government in Kabul and the Taliban. Washington’s chief diplomat also confirmed the US administration’s consideration of a “full withdrawal” of approximately 2,500 American military forces from Afghanistan by May 1 and he called for new peace efforts under UN auspices.

Perhaps this letter is an important indicator of how President Joe Biden’s administration will approach the security crises plaguing Afghanistan at a time in which the US public remains weary of Washington making further commitments to this war-ravaged country.

Interestingly, Blinken called for the foreign ministers and envoys from Iran plus a number of other countries (China, India, Pakistan, and Russia) to join the US in discussing a “unified approach to supporting peace in Afghanistan”. It will be critical to see whether the US and Iran could find some common cause in Afghanistan, particularly regarding the threat posed by the Islamic State Khorasan Province (ISKP).

Realistically, however, the Biden administration will likely also perceive a need to confront Iranian influence in Afghanistan, especially in areas where Tehran undermines Washington’s interests.

Since the George W. Bush administration launched “Operation Enduring Freedom” in 2001, Afghanistan has played a complicated role in US-Iran relations. Early on in the war, the Americans and Iranians fought alongside each other against the Taliban in Herat, located in western Afghanistan next to Iran and Turkmenistan. However, the nature of Iran-US relations in Afghanistan gradually worsened, especially after Bush’s 2002 “axis of evil” speech.

From the Islamic Republic’s perspective, the massive US military presence along Iran’s eastern border is a major threat.

After a while, both Tehran and Washington found themselves on hostile terms vis-à-vis Afghanistan. From the Islamic Republic’s perspective, the massive US military presence along Iran’s eastern border is a major threat. Meanwhile, the US has remained cautiously observant of developments in Iran-Taliban relations and Tehran’s attempts to undermine NATO forces in Afghanistan.

In more recent times, disturbing developments and dynamics—chiefly ISKP’s rise and the Afghan government’s inability to meaningfully confront this force—have prompted both the US and Iran to reassess their perceptions of the Taliban. Put simply, both Tehran and Washington began seeing a need to help this Sunni fundamentalist political movement and military organization against ISKP, which officialdom in the Islamic Republic and the US have both deemed more dangerous and extreme than the Taliban.

Within this context, Tehran and Washington parallelly advanced their negotiations with Taliban representatives with Qatar serving as a diplomatic bridge between the US and the Taliban. In January 2021, less than a year after the US-Taliban deal, Iran officially hosted the Taliban to exchange views on the peace process. The timing of both Tehran and Washington’s unilateral talks with Taliban stokes suspicion about Iran and the US competing over a détente with the Taliban.

As the US soon enters the third decade of the “Global War on Terrorism”, Biden is inheriting a complicated situation in Afghanistan and the rest of Southern Central Asia. His administration should not overlook the fact that the US and Iran share certain interests in relation to Afghanistan such as the ISKP menace.

While US and Afghan military operations led to ISKP losing significant amounts of territory and becoming weaker in 2019, the extremist group remains a major threat to Afghan security and that of the region. ISKP maintains a presence in parts of areas such as Kunar and Nangarhar and has sleeper cells in Kabul. To be sure, the Afghan branch of Da’esh has retained its ability to carry out terrorism even without controlling territories like it did years ago, and there is no guarantee that ISKP would necessarily fail in future efforts to regain control of Afghan land.

If history is any guide, organizations in Afghanistan which are violent and extreme can easily bounce back after initial defeats.

If history is any guide, organizations in Afghanistan which are violent and extreme can easily bounce back after initial defeats. To the point, if Afghanistan’s Islamic State franchise becomes more deadly in upcoming months or years, the Biden administration might find itself being more open to considering the merits of working with Iran against ISKP, even if tacitly or unofficially so.

Fighting for the Regional Order

Regardless of ISKP and its activities, there is no denying that the US and Iran have major conflicts of interest concerning Afghanistan. At the heart of Washington and Tehran’s disputes over this war-torn country is the struggle for the regional order. Iran’s leadership seeks to challenge the status quo and empower the so-called “Axis of Resistance” in its struggle against the US, Israel, and Saudi Arabia.

In this vein, Iran relies on its proxies such as Liwa Fatemiyoun, which operates under the Islamic Revolutionary Guards Corps (IRGC) and Lebanese Hezbollah’s patronage. With roots in the Iran-Iraq War (1980-1988) and the Soviet-Afghanistan war (1979-1989), this phantom force of 10,000–50,000 Afghan Shi’a militants, who mostly come from Afghanistan’s Hazara community, emerged as an actor in the Syrian civil war early on in 2012-2013. As a pro-Assad paramilitary force, Liwa Fatemiyoun contributed to Syrian government forces’ victories in major battles throughout the conflict (Aleppo, Palmyra, etc.).

Sometimes referred to as “Afghan Hezbollah”, Liwa Fatemiyoun has raised concerns in Washington, where in 2019 the Department of the Treasury’s Office of Foreign Assets Control designated the group for its relationship with the IRGC-Quds Force. Officials in the US worry about what Liwa Fatemiyoun’s uncertain future may entail, especially if Tehran decides to leverage this militia against American interests to the east of Iran.

According to a United States Institute of Peace publication from last year, “Tehran has laid the groundwork to strike US interests across its 500-mile border with Afghanistan and significantly raise the cost of American deployment in the country.”

If US-Iran tensions do not ease under Biden, Iran could potentially use Liwa Fatemiyoun as a proxy in Afghanistan to counter Washington and/or NATO designs for the conflict-ridden country. Abdul Qayoum Rahimi, the former governor of Herat province, warned: “Iran and the United States are already at odds with each other, and if things get worse between them, Afghanistan would be the most natural battleground for them.”

Could “Afghan Hezbollah” help Iran achieve in Afghanistan what is had in Iraq or Lebanon in terms of using paramilitary power to achieve political objectives? Perhaps not. The differences between Afghanistan, on one hand, and Iraq and Lebanon, on the other, are too huge to neglect. Unlike Shi’a-majority Iraq, only 10-15 percent of Afghanistan’s population is Shi’a. Yet the Iranians have an ethnolinguistic advantage in Afghanistan. Roughly one-third of Afghanistan’s population is Dari, a division of Persian/Farsi language speakers who throughout history have been culturally linked to Iran.

At the end of the day, Iran has insufficient clout in Afghanistan to dominate the country’s political arena. However, the Islamic Republic has enough leverage to create headaches for the Biden administration. This is a reality that the new US leadership must take into account when making calculations about US foreign policy in Afghanistan and the wider region.

For now, what remains an open question is whether cooperation or confrontation will come to shape the US-Iran relationship vis-à-vis Afghanistan during Biden’s presidency. In all probability, the US and Iran’s nuclear negotiations and the Joint Comprehensive Plan of Action’s future will be the key factors that most heavily influence the answer to this question.

VIDEO: Afghanistan: why the Taliban can’t be defeated 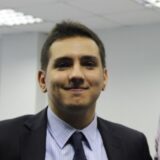 Arman Mahmoudian is a PhD candidate in International Relations at the University of South Florida, and a research associate at the Center for Strategic and Diplomatic Studies. Arman is also an analyst at Gulf State Analytics. Follow him on Twitter: @MahmoudianArman.